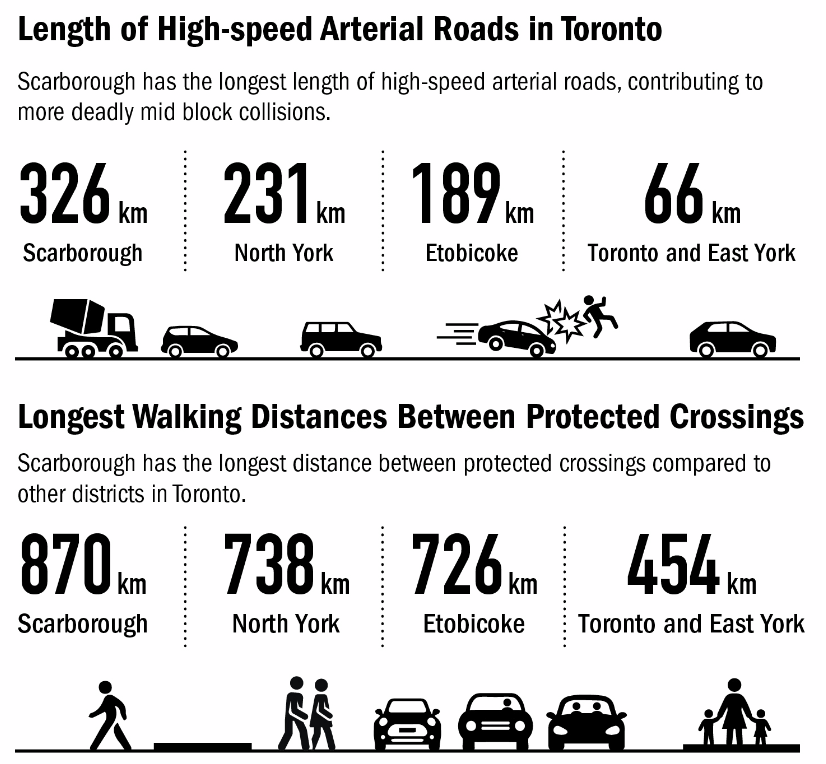 The city is also installing 10 mid-block pedestrian crossings in Scarborough this year, and rebuilding seven intersections, including four scheduled for improvements as part of Danforth Road’s resurfacing, to make them safer for pedestrians.

Though they praised Vision Zero 2.0 as better than its three-year-old predecessor, pedestrian advocates don’t consider it enough.

Walk Toronto called the plan “the most significant pedestrian safety initiative the City of Toronto has ever undertaken,” yet added in a letter to councillors last month the group considers it “to be of an interim nature.”

Walk [Toronto], The Centre for Active Transportation, and Friends and Families for Safe Streets (FFSS) all call for default speed on Toronto arterials to be 40 kilometres an hour.

City staff acknowledge pedestrians have a 30 per cent chance of dying when struck at that speed; at 50 kilometres, death is more certain: 85 per cent.