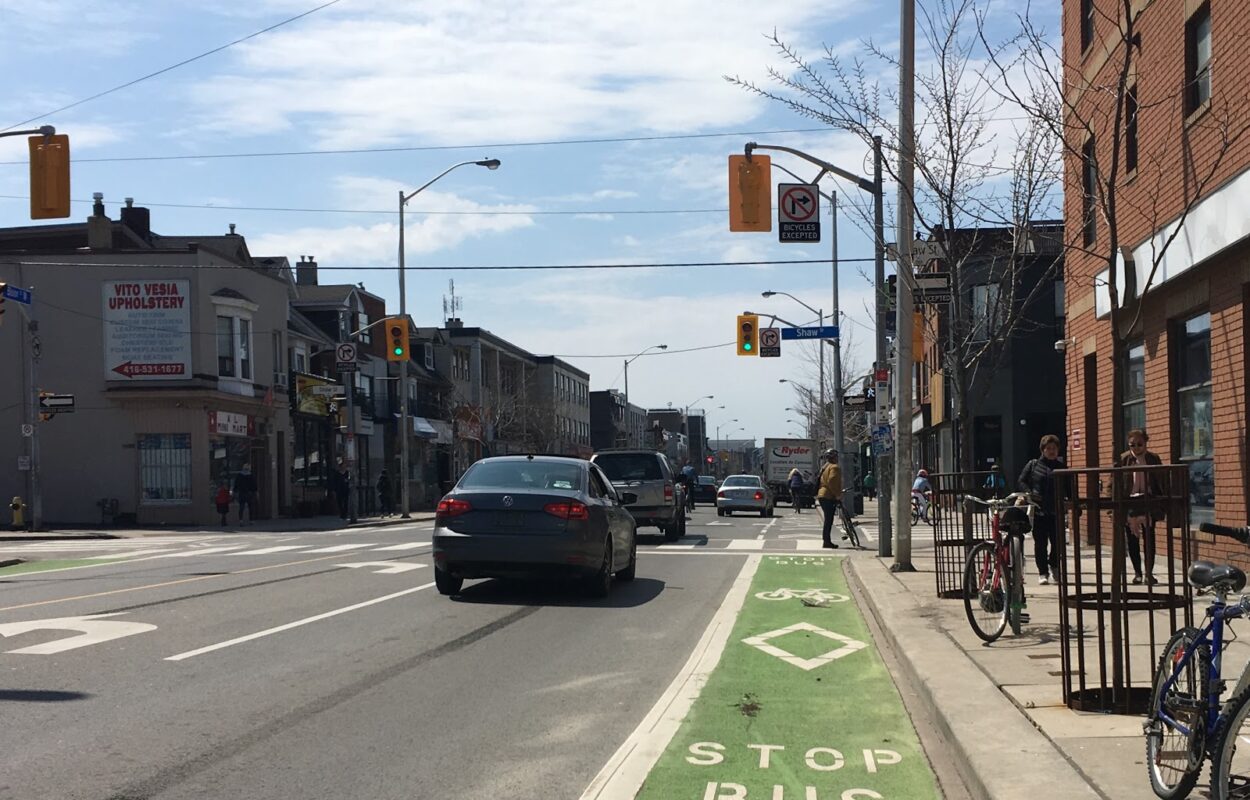 In April, Bells on Bloor and Cycle Toronto organized Westward Ho!, a community meeting about the possible extension of the Bloor bike lanes west to High Park.

The Bloor bike lanes are some of the busiest in North America, with nearly one million trips made along the lanes between February 2018 and February 2019.

TCAT’s Director Nancy Smith Lea spoke at the event, highlighting several studies TCAT has published about the Bloor bike lanes. Findings include a massive increase in perceived safety, an increase of customers, an increase in reported spending, and an increase in customer frequency.

Other speakers, notably local councillors Mike Layton and Ana Bailão, emphasized the need for advocates to build a big tent of supporters in order to extend the bike lanes west, including businesses, community groups, and people who don’t get around by bike.

City staff will soon recommend the appropriate timing for the planning study to extend the bike lanes west, with a report scheduled to be presented to Council in the second quarter of 2019.

Here are three ways that you can help:

There’s high demand for cycling infrastructure on Bloor, but extending the bike lanes will still face challenges and resistance. With your support, we can extend this important cycling route to High Park and beyond.