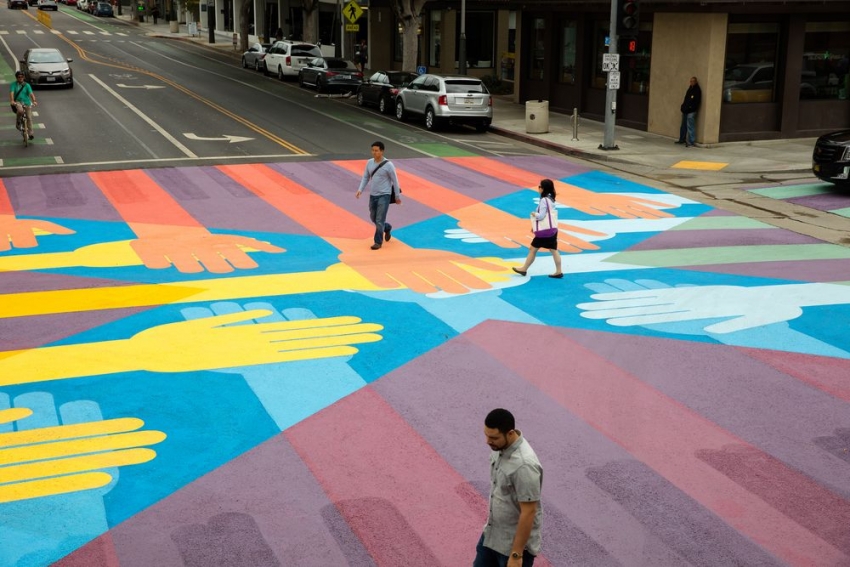 In October, I attended the annual Vision Zero Cities conference hosted by Transportation Alternatives at the Center for Architecture in New York City. Between keynotes, breakouts, field tours, and more, one breakout session, in particular, stuck with me and continued to reverberate as I left the conference.

The session was called “Lifesaving Artistic Activism: Artists Light the Way to a Living Future” and was the last session I attended at the end of a long day. Despite fatigue beginning to set in, I had a feeling that there would be something for me in the session that I didn’t want to miss.

The session was hosted by Rebecca Sonkin of Families for Safe Streets and featured three fantastic speakers:

Their conversation centered around the ways that art and creativity can widen the possibilities of activism and why it is essential that art and activism move as one. Jorge Cañez spoke about his work advocating for safer streets and his use of atypical advocacy tactics informed by performance art.

Jorge Cañez, who goes by the name of Peatónito, is a self-appointed superhero who takes to the streets of Mexico City wearing the mask of a luchador, or Mexican wrestler. In costume, Peatónito intervenes in public spaces to educate drivers on the rules of the road and the critical need to respect pedestrian rights; his goal is to reduce road collisions and deaths and increase pedestrian happiness. Despite the gravity of putting his own body on the line and the serious message he is delivering, Peatónito’s approach is light and playful and uses comedy and creativity to achieve his goal. 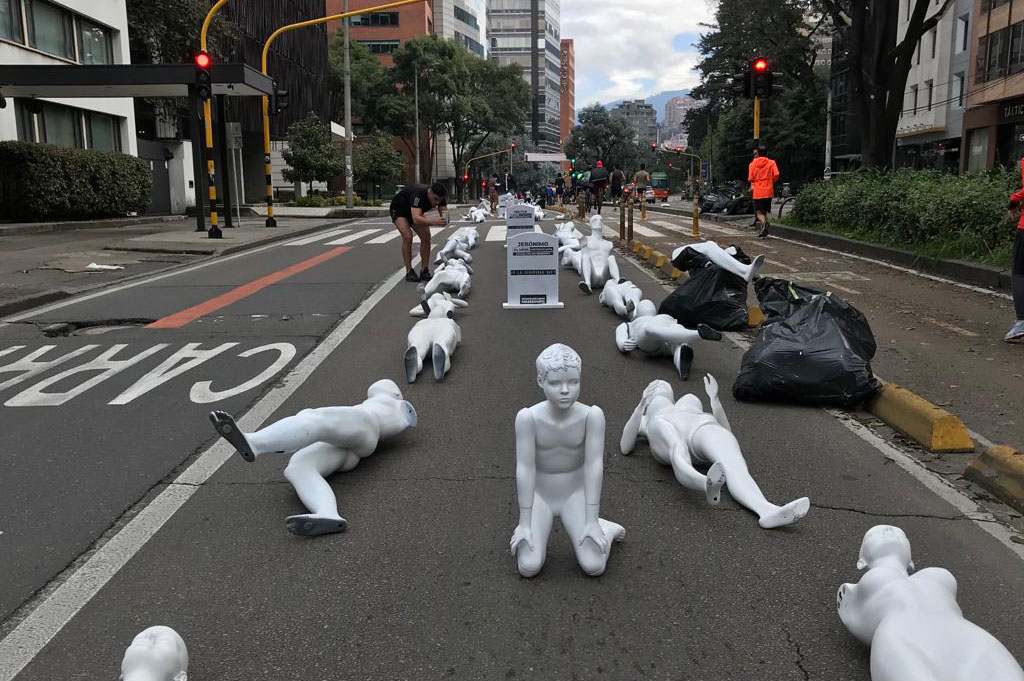 Peatónito shared that the current state of the streets is a failed experiment, and in order to fix what has already been done, we need art. Art, he said, is what will allow us to remember all the ways in which kids should be playing on the streets and how biking and walking should have always been sources of freedom, not fear. In order to reconnect with streets, we must welcome all types of approaches and emotions into the fight for safer streets — from rage and sadness all the way to comedy.

At The Centre for Active Transportation, we’ve been thinking a lot about how critical it is to work with advocates outside of the active transportation sphere and build out rich partnerships with artists, affordable housing advocates, and folks working on food sovereignty, to name a few. By doing so, we can give space for creativity to play out, break down silos that separate our work and discover new tactics for invoking change in our respective fields.