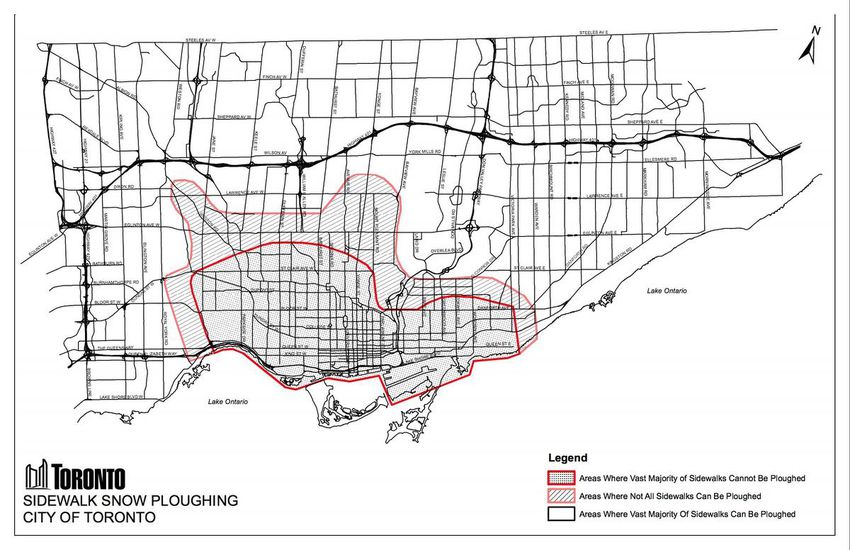 This logic of plowing some areas but not others leaves “a critical piece” of snow clearance missing, says Nancy Smith Lea, director of the Toronto Centre for Active Transportation (TCAT), who calls on the city to clear all sidewalks, like Ottawa does.

Residents don’t always shovel, even though they can be fined for not clearing their stretches of sidewalk within 12 hours of snowfall. And even one icy patch can be dangerous.

“For many people this is the way that they move around the city,” she said, calling it an equity issue.

“The people who are held prisoner in their homes tend to be the elderly or people with disabilities, people who don’t have cars.”

A 2016 Toronto Public Health report found there were almost 30,000 emergency department visits and 2,800 hospitalizations among Toronto residents due to falls on snow or ice from 2006 to 2015.