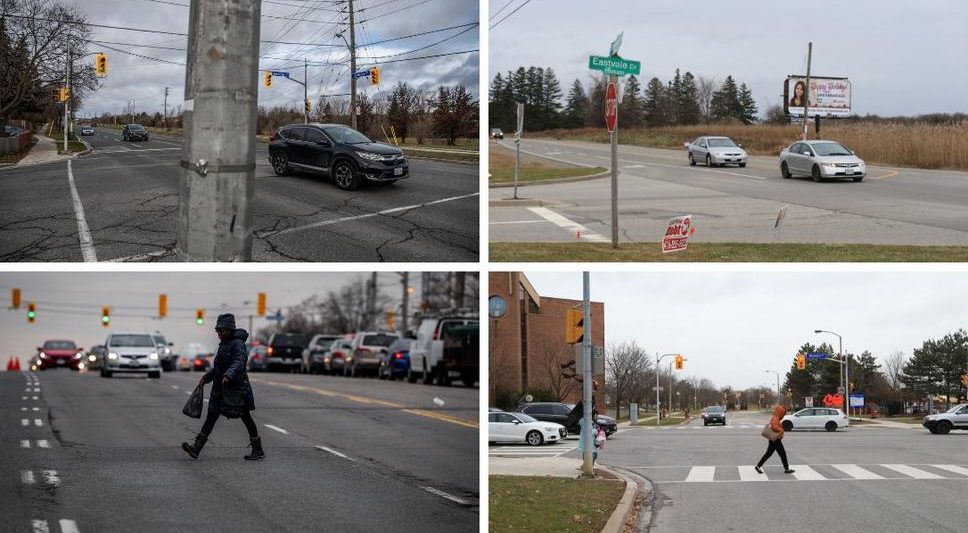 “It’s absolutely tragic that people are continuing to be killed on the streets, but it’s unfortunately not surprising because we’re still designing our streets in a way that kills people, especially outside of the downtown core,” Smith Lea said.

She said the road design in Scarborough and the city’s other suburbs, which were planned and built decades ago, have left “a challenging legacy” that can’t be quickly or easily addressed.

As part of Vision Zero, the city has reduced speed limits on portions of Kingston Rd., Midland Ave., Finch Ave. and other major streets, and deployed about two dozen red-light cameras in Scarborough.

But the physical changes that Smith Lea and other experts say are crucial to slow traffic and making streets safer — such as adding bike lanes and reducing pedestrian crossing distance at intersections — would take longer to install throughout Scarborough.

“There’s not a really easy answer. It’s going to take some time,” she said. She argued a key first step is getting suburban political leaders onside with road safety initiatives.

Smith Lea complained that when a coalition of groups that included her organization sent councillors a survey about making commitments to road safety in the run-up to October’s municipal election, just one out of seven incumbents running for re-election in Scarborough filled it out.