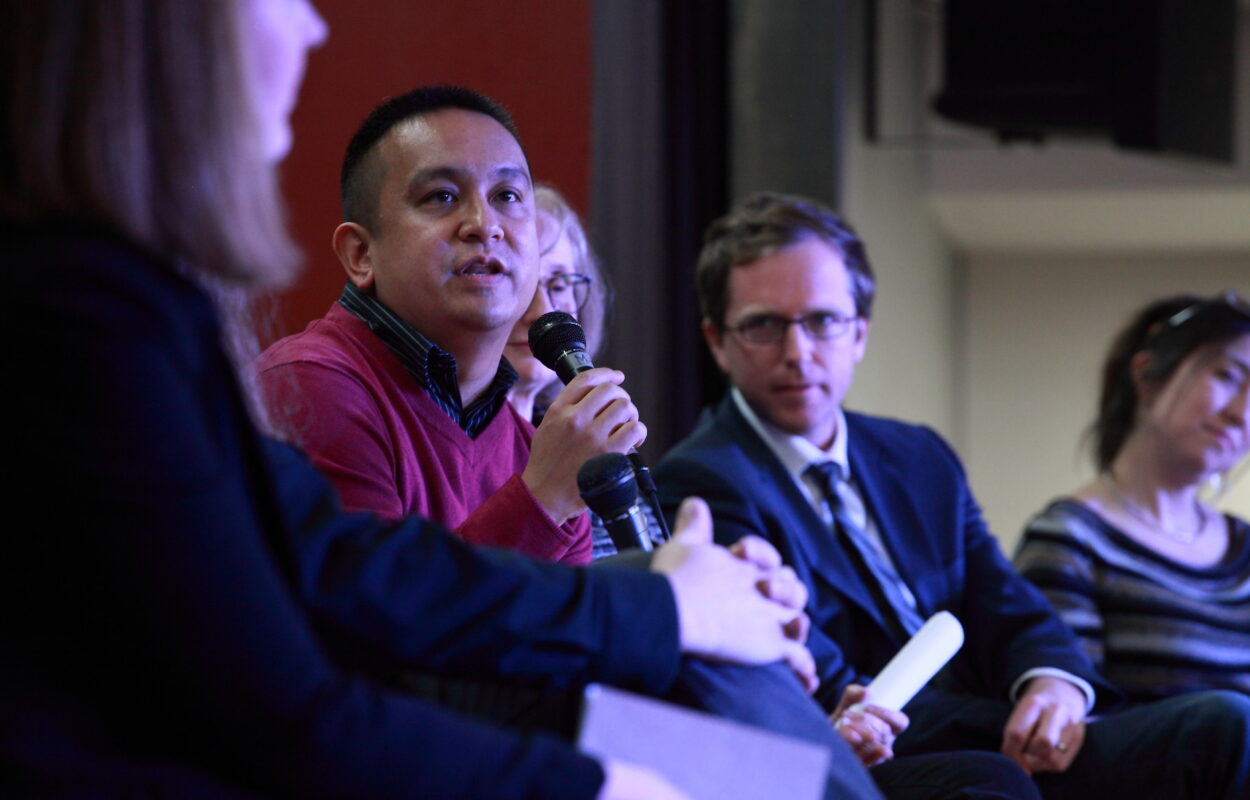 People don’t move to the suburbs because they want to be stuck in traffic. People want to be able to bike – you just need to give them the opportunity. That’s what we heard from Erica Duque, Active Transportation Planner for the Region of Peel and panelist at TCAT’s “Biking Beyond Downtown” event last week in North York.

The sold-out event celebrated the launch of our new report – Building Bike Culture Beyond Downtown: A Guide to Suburban Community Bike Hubs. The report sheds light on how Scarborough Cycles, an innovative project launched and led by TCAT between 2015 and 2018, tapped into the potential for cycling in a suburban district of Toronto.

Over three years, this community bike hub project repaired over 2,000 bicycles, led over 1,000 people on rides, and trained over 200 people in cycling skills – all in a suburban community with next to no bike lanes and only one bike shop.

Here are three great reasons we heard from our panelists to build bike culture beyond downtown.

1. People want to bike in the suburbs

Many people are hesitant to try cycling in the suburbs because they don’t feel safe cycling in wide, high-speed roads without bike lanes.

However, attitudes toward cycling are shifting in suburban neighbourhoods. As we highlight in our report, 88 percent of Scarborough residents support building a safe cycling network, and 40 percent of respondents to our Scarborough travel survey had considered cycling for everyday trips.

And as our panelist Kristin Schwartz (Assistant Manager, Sustainable Communities at CultureLink) said – we’re already seeing a turnaround with younger generations. Biking to school rates among youth under 18 doubled between 2011 and 2016 in the Greater Toronto and Hamilton Area.

In Toronto, as in many other cities, people living in suburban neighbourhoods face poorer health outcomes than those living downtown.

Biking can be part of the solution. A 5 km trip by bike gives you 20 minutes of zero-emission exercise, and recent studies have found that commuting by bike lowers your risk of dying from cancer, heart disease and many other causes by at least 40%.

Programs to encourage cycling can also have environmental benefits. Our panelist Michael Skaljin (Project Manager, Tower and Neighbourhood Revitalization Unit, City of Toronto) told the story of how his team partnered with Toronto’s Solid Waste Management Services to build a program to teach people how to fix bicycles instead of throwing them out, encouraging reuse and repair.

3. It’s possible to grow cycling culture – and you can help!

The Building Bike Culture Beyond Downtown report lays out a detailed, four-step process for others to use: 1) find the neighbourhood, 2) identify local barriers, 3) remove barriers and start cycling, and 4) keep cycling.

Millions of short trips made each day in the communities outside of Toronto’s core. There’s great potential for cycling – and our report can help you tap into it.