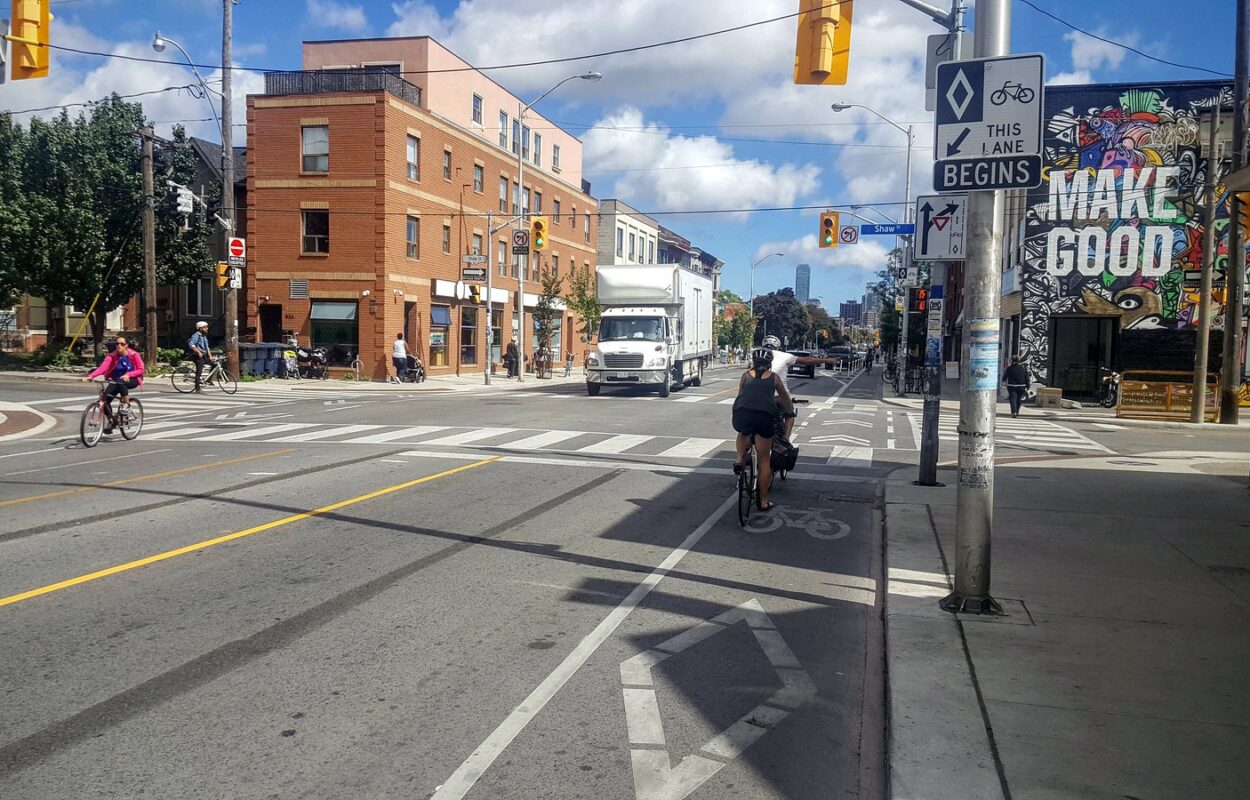 New bike lanes tend to draw controversy the way reflectors attract light — especially when those bike lanes replace street parking. The loudest protests usually come from ground-floor merchants, who understandably fear a loss of revenue from customers arriving by car. But in city after city, researchers have found that replacing street parking with a bike lane has no negative impact on business — and in many cases has a positive one.

The latest data point comes from Toronto. For a pilot project launched in August 2016, the city replaced street parking with a bike lane along a 1.5-mile stretch of Bloor Street, just northwest of the University of Toronto campus. The pilot removed 136 on-street parking spaces, leading retailers in the area to raise concerns.

To evaluate the business impact of the pilot, a group of researchers from U of T and the Center for Active Transportation conducted surveys of merchants and visitors before and after the bike lane’s installation. These surveys focused on four metrics: (1) spending, (2) customer counts, (3) visit frequency, and (4) vacancies.

As an extra measure, the researchers conducted surveys along a stretch of Bloor a couple miles east of the pilot site, with similar retail properties but no bike lane. This “control” area helped them gauge whether any economic changes were truly the result of the pilot itself, or merely reflected broader trends in the city.

Good news across the board: “We find all indicators point to increased economic activity on Bloor Street following the installation of the bike lane,” the researchers report in a paper set for publication in the Journal of the American Planning Association.

Read full article: The latest evidence that bike lanes are good for business