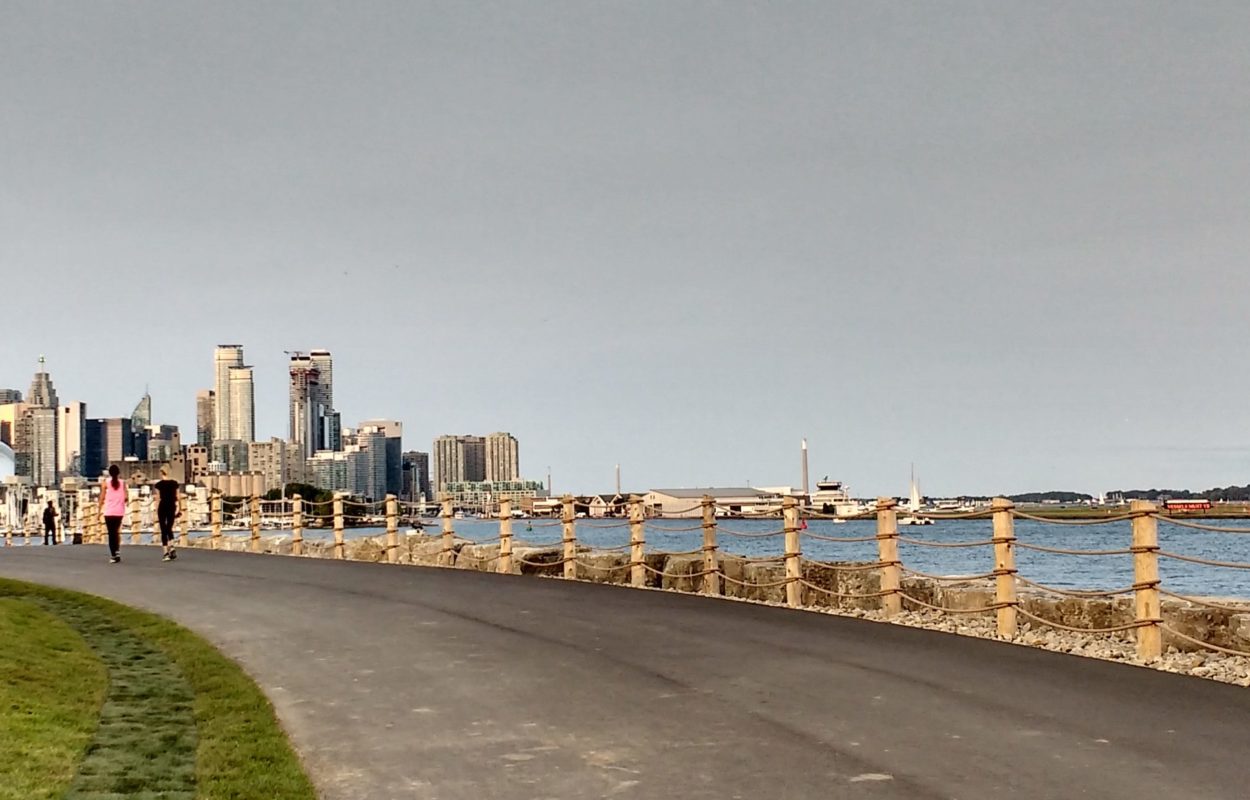 Imagine a city where 100% of the population is within a 10-minute walk of a park. It exists in San Francisco, why not Toronto?

Up to now, each of the six former municipalities has had its own process and procedure to handle and develop parks. The City is currently developing a unified Parkland Strategy that will inform decision-making for the next 20 years, and TCAT Steering Committee Member Zsuzsanna Deak recently gave input at a stakeholder working session.

The Need for Parks

Parks are the places where we can take a quiet break from the noise of city life, play sports, or get a closer look at the local wildlife. Living close to a park can substantially reduce stress and spending time in nature can improve depression and anxiety. Parks are essential to enable healthy and active families and meet the ecological needs of a sustainable city. But the city’s parks currently face a number of challenges.

Toronto inherited a ravine system that is remarkable, but it also presents a topographical barrier that limits access. More can be done, for example by using switchbacks, to ensure that parks are easily accessible to all – including people on bikes, strollers, wagons and wheelchairs.

Many of Toronto’s parks are linear in nature because they follow rivers, hydro corridors or rail lines, and they can offer safe spaces for active transportation. In many suburban Toronto neighbourhoods with busy arterial streets and no bike lanes, these routes are the only ones available. Connecting them into an effective network is a challenge, but progress is being made in some areas, for example with the extensions of the West Toronto Railpath and the Gatineau Corridor Trail.

Uneven supply of parkland is also a major challenge in Toronto. In areas of rapidly increasing population density, it is often difficult to find land for parks. Toronto’s population is projected to grow to 3.4 million people by 2041. Close to half of this growth will be in the downtown core – and other areas of the city are growing too. Toronto has a city-wide provision average of 28 m2 parkland per person. But some places, such as Danforth, St.Clair West and Yonge-Lawrence, have less than 4m2 per person – about the size of a patio umbrella! Many of the areas with low parkland are also growing. As the city expands, so does the pressure on our parks. If we do not continually improve or expand our existing parks and find opportunities to create new ones, then the same number of parks must serve more and more people to come together as a city to play, learn, celebrate, and explore.

The Parkland Strategy will include acquisition criteria to help meet these challenges. These criteria will ensure that a priority is put on solving issues such as connecting the park system, addressing areas with low park provision rates and placing an emphasis on areas with high population density. While there is no “one size doesn’t fit all” solution, this new strategy will give Toronto’s parks a vision and direction that will ultimately benefit many generations to come.