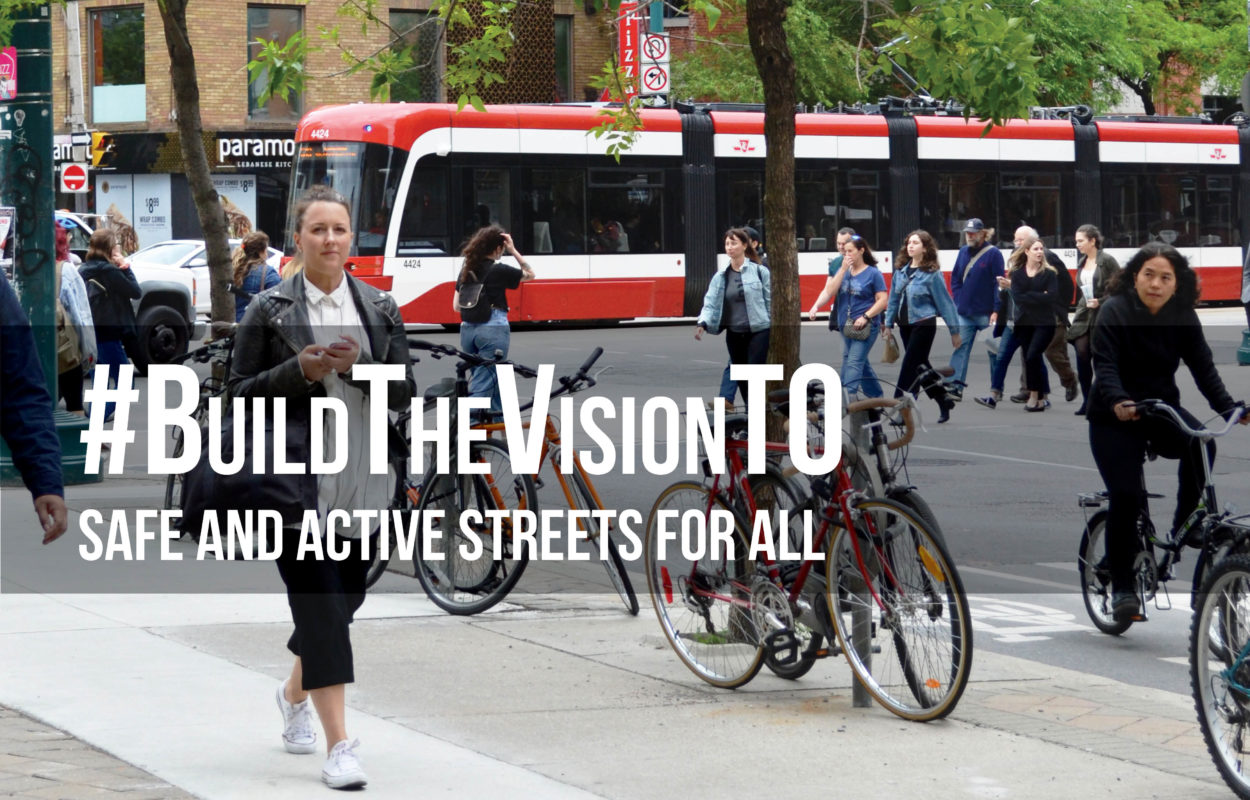 On June 27, 2019 TCAT made a submission to the City of Toronto Infrastructure and Environment Committee regarding the Vision Zero 2.0 Road Safety Plan Update. (IE6.8).

Our submission described TCAT’s support for Toronto’s Vision Zero Road Safety Plan since it was adopted in 2016 and is a member of the City’s Vision Zero working group. We are grateful for the dedication of City staff and Council alike who are committed to work toward the goal of eliminating serious injury and fatalities on Toronto’s roads. Yet none of us should be satisfied with the pace that we are moving to stop the carnage on our streets.

Overall, we believe the City’s Vision Zero 2.0 Plan Update and its set of more extensive, more proactive and more targeted initiatives is on the right track and will result in safer streets. We encouraged the Committee to adopt the recommendations within the Plan Update, and for City Council to do everything it can to move forward more quickly and boldly in order to achieve no loss of life as a result of traffic collisions.