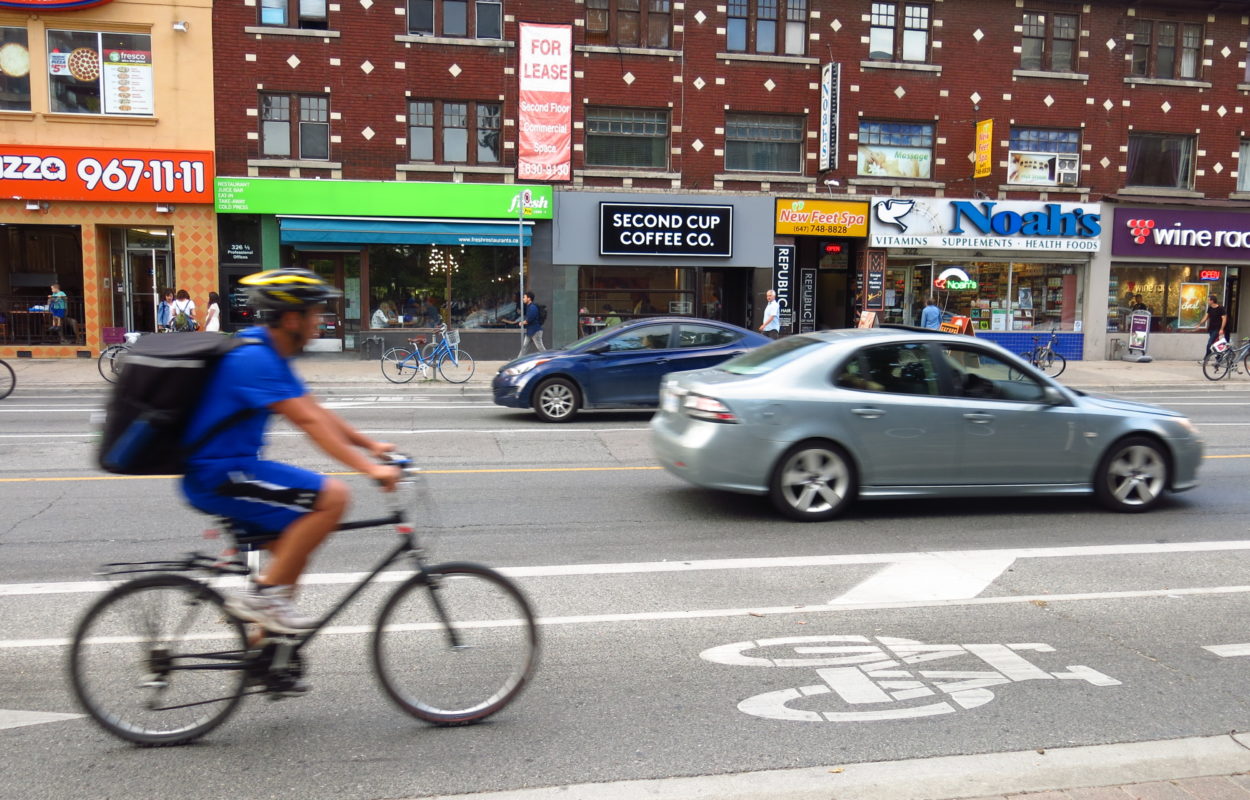 TCAT’s recent report on the economic impact of the pilot bike lanes on Bloor (which Toronto City Council overwhelmingly voted earlier this month to make permanent) conspicuously avoids the word “cyclist”. And while “people walking” are mentioned often, “pedestrians” only appear when reporting verbatim comments received from survey respondents. These deliberate word choices are part of a growing movement to shift our collective language to reflect that road “users” are people, no matter how they get around.

Labels encourage an ‘us versus them’ mentality, with clear cut groups that have very little to do with one another. This picture is very far from reality. Cyclists are often drivers as well, and drivers can also be transit users. Once we lock our bikes, park our cars, or get off the subway, we all become pedestrians. Moreover, all of these road “users” share the common characteristic of being people.

“By using people-first language, we hope to point out that these labels are actually fluid categories,” says TCAT Director, Nancy Smith Lea. “In our study, we asked people how they got to Bloor on that day. The day before, they may have traveled differently, and they may travel differently again the day after. These are just people making transportation choices, as we all do.”

Emphasizing people over transportation choice and calling into question the solidity of these labels can build greater understanding and empathy into transportation debates, a group called the Seattle Neighbourhood Greenways has found. Starting in 2011, they deliberately moved away from pedestrians, drivers, and cyclists, and opted instead for “people on bikes, people driving, and people walking”. They also eliminated technical words such as “pedestrian/hybrid beacon” and “bioswales,” and instead talked about “safer ways to cross the street” and “raingardens”. The result was a less acrimonious and more civil conversation that resulted in safer street designs that enjoyed community support.