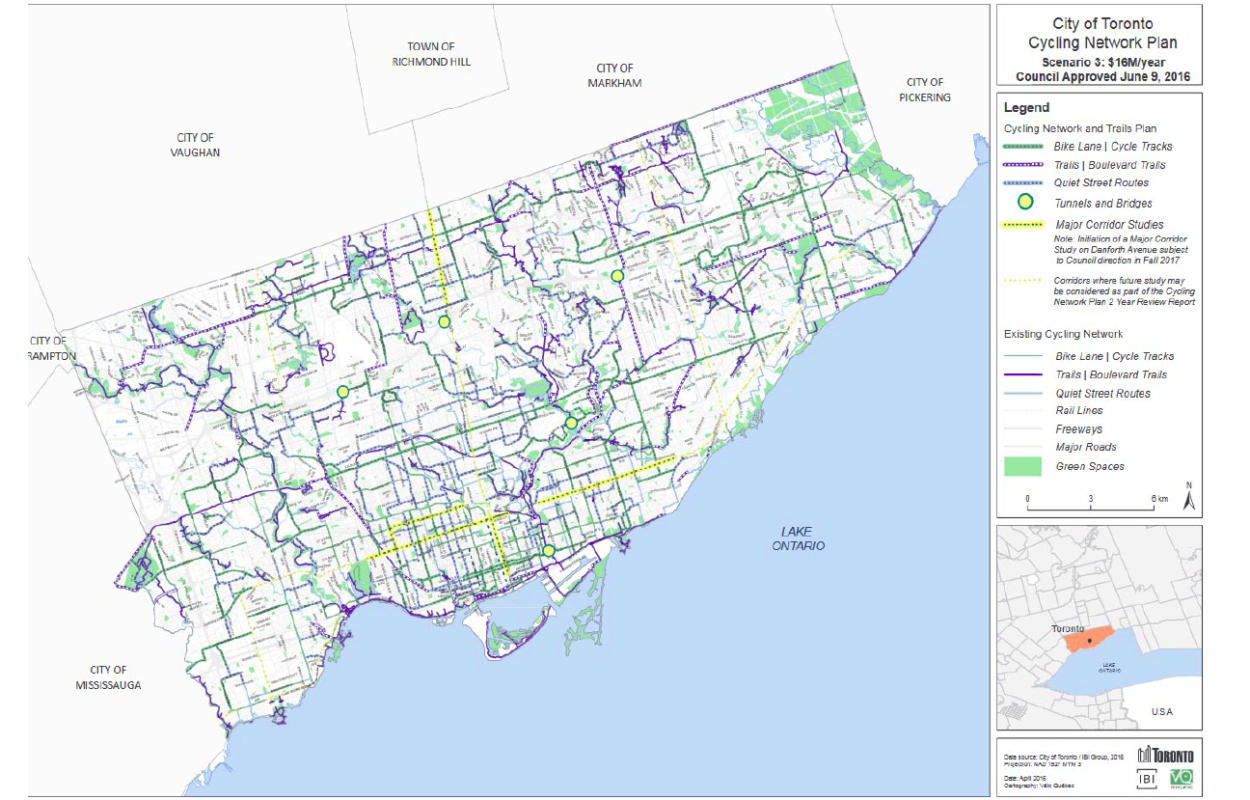 Increasing cycling in suburban Toronto will require more than new infrastructure. It also needs investments in social supports to change behaviours. A new report from The Centre for Active Transportation examines the dilemma with increasing cycling rates in the suburbs: people are hesitant to cycle where infrastructure is non-existent, and lower cycling rates means that those areas are lower priorities for new infrastructure. The report is the result of a study into building a cycling culture beyond downtown, and was focussed on Scarborough.

“What [we] found is that… social supports are really critical to building both an interest and actually a change of behaviour for people to adopt cycling,” Centre for Active Transportation director Nancy Smith Lea told NRU. “[There] is a bit of a chicken and egg issue in the suburban areas where if we don’t have a demand for cycling, then politicians will think that there’s no interest.”