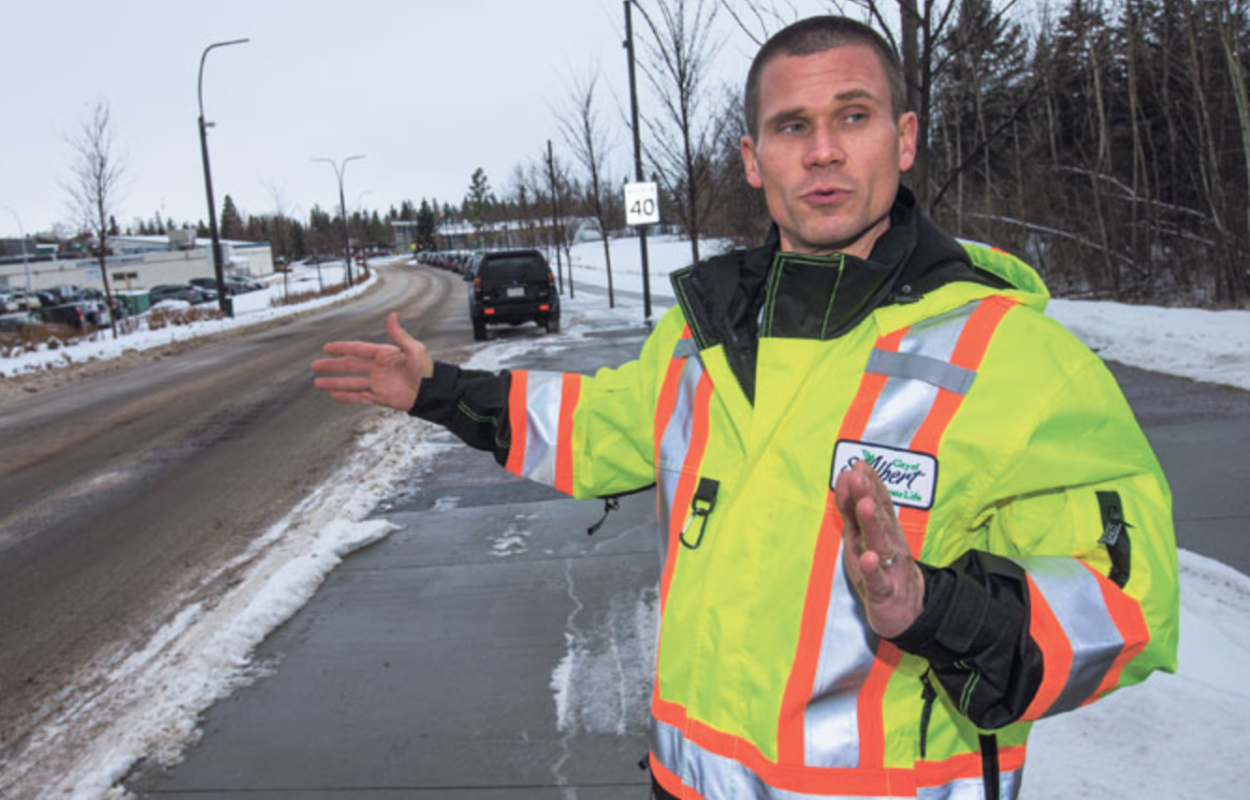 An incomplete street is more or less what you find in most cities today, said Nancy Smith Lea, director of The Centre for Active Transportation.

“There’s thousands of people in Canada killed every year because of cars,” she said, and that’s because our current streets are all about moving many cars quickly. Complete streets use bike lanes, bulb-outs, crosswalks and other engineering tricks to ensure safer interactions between cars and people.

Take Hwy. 7 East in the Region of York near Toronto, for example. From 2010 to 2015, local governments spent $308 million to rebuild this six-lane road along complete street lines, adding a dedicated bus lane, bike lanes, and tree-sheltered sidewalks, along with narrower roadways with a 20 km/h lower speed limit, Smith Lea writes in Complete Street Transformations. These changes resulted in a 64 per cent drop in collisions and a 61 per cent rise in pedestrian traffic.

Complete streets are more equitable, as they offer ways for non-drivers to get around, Smith Lea said. They can also relieve congestion (as people take up less road than cars), reduce air pollution and greenhouse gas emissions, and fight obesity by encouraging active transportation.

And they can save cities money.

Complete streets might cost more up front. The City of Calgary reports that complete streets cost about 10 per cent more than conventional ones due to features like bike lanes and wider sidewalks. Yet the operating costs are lower for complete streets, Smith Lea said.