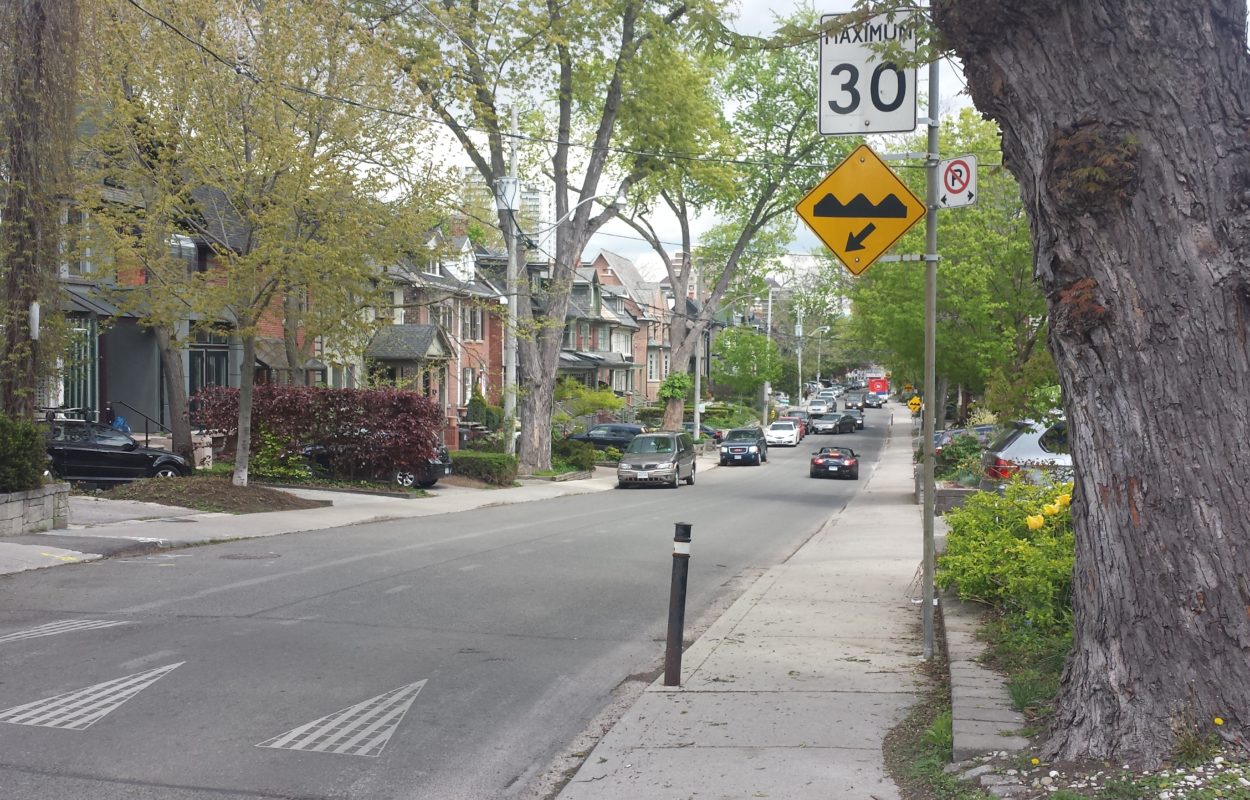 City of Toronto transportation staff have proposed a plan to streamline the process of installing speed bumps or other traffic-calming measures. On May 8th, a staff report went before the Public Works and Infrastructure Committee (PWIC) that, if approved, would do away with a lengthy list of requirements and approvals, specifically in Community Safety Zones and School Safety Zones. Staff would have the authority to change speed limits and add road treatments such as speed bumps, raised intersections, chicanes, curb extensions, traffic islands and traffic circles without needing to obtain approvals from City or Community Council first. The proposal would reduce the required response rate for mandated petitions from 51% to 25%, or in some cases, waive the petition requirement altogether. It would also lift a moratorium currently in place on the creation of new Community Safety Zones.

PWIC referred these proposals back to City staff for further consideration.

Working Towards a Safe Walk School

These changes would make a big difference for Parent/Teacher School Committees and other grassroots efforts to improve the safety of local streets. These groups, generally entirely made up of volunteers, are working hard doing walks and audits to identify needs, requesting the necessary studies from City staff, gathering the required signatures from the neighbourhood, and obtaining the necessary approvals. The proposed changes would make the process much more straightforward for these simple but powerful interventions that positively impact street safety in some of the most critical areas of the city.

In particular, school children make up one of six focus areas in the City’s Vision Zero Road Safety Plan. Between 2005 and 2015, 72 children were killed or seriously injured while on their way to or from school. Safety concerns are a major factor preventing parents from letting their children walk to school alone. In Toronto, rates of walking or biking to school have dropped from nearly two thirds in 1986, to less than half of students of 2011.  At the same time, only 9% of children are getting their recommended daily amount of physical activity. Safe routes to school is an integral part of turning these trends around.