In 2013, 59% of Torontonians said that a lack of secure bike parking was the primary factor that dissuaded them from cycling. Both cyclists (at 88%) and non-cyclists (at 80%) agreed that there is a “shortage of secure bicycle parking in the city.” Enhancing bike parking options is a crucial component of the City’s efforts to increase cycling mode share.

The City of Toronto, through Cycling Infrastructure and Programs (CI&P), currently operates all aspects of long-term bike parking, including user registration, fee collection, staffing, and maintenance. The City has bike stations in two locations, which offer a combined 292 spots, as well as 234 bike lockers in groups across Toronto. The current operations model has significant challenges including limited hours of operation, limited promotion, and a cumbersome registration process. Having a non-governmental organization (NGO) take responsibility for this operation, in full or part, was recommended as a worthwhile model for further research in a 2016 City of Toronto report. In 2017, the TCAT undertook a study, Toronto Bike Stations and Lockers: Options for Non-Profit Operations to determine the feasibility of this model in Toronto.

The study comprised of several steps:

The study found several successful international examples and considerable interest within the local non-profit sector. It recommends a fee-for-service model in which the City contracts an NGO to operate one or more bike stations located in close proximity to the NGO. Union Station and Victoria Park bike stations are considered the most ideal existing facilities for this arrangement. 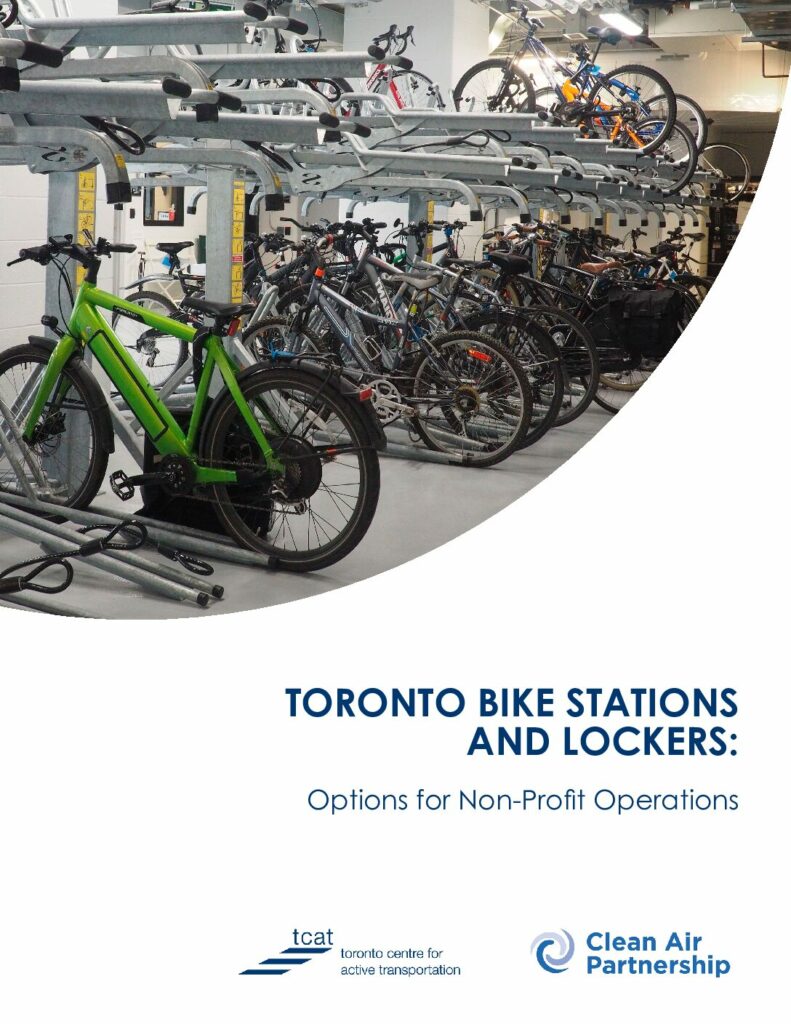