In 2018, TCAT, in partnership with 8 80 Cities, Cycle Toronto, Friends and Families for Safe Streets and Walk Toronto, launched #BuildTheVisionTO: Safe and Active Streets for All, a set of 15 municipal election priorities for building streets where people of all ages and abilities can get around actively, sustainably and safely.

On November 1, 2006 TCAT released its original platform at a press conference joined by Glen Murray, Chair of the National Round Table on the Environment and the Economy, Dr. Alan Abelsohn of the Ontario College of Family Physicians and Gil Peñalosa of Walk and Bike for Life.

In 2010, with another municipal election on its way, TCAT once again provided a detailed analysis of concrete steps that the city can take in all areas of its operations to improve walking and cycling in the next term of council from 2010 to 2014. TCAT’s 2010 platform titled Action 2014: Taking the Next Step was released on April 16, 2010.

In 2014, TCAT (now called The Centre for Active Transportation) partnered with Toronto Environmental Alliance, Cycle Toronto, Walk Toronto and Canada Walks to set out 12 priority election priorities for walking, cycling and public transit. See these priorities in Building a Toronto That Moves. 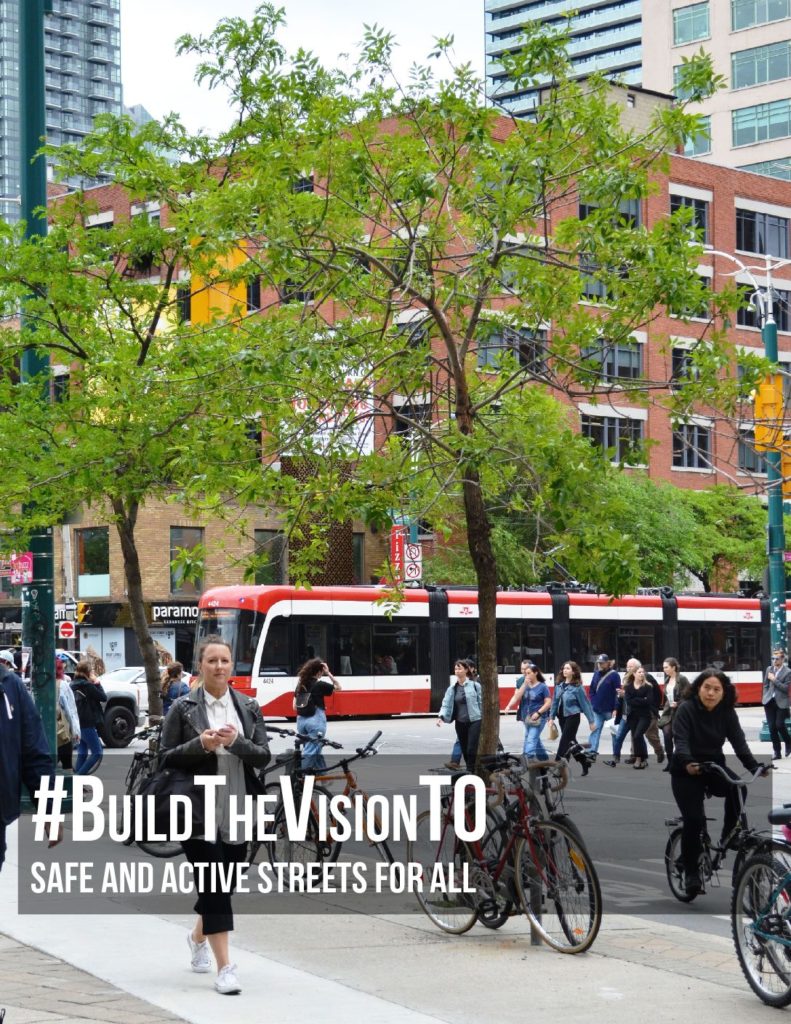 #BuildtheVisionTO: Safe and Active Streets for All - 2018 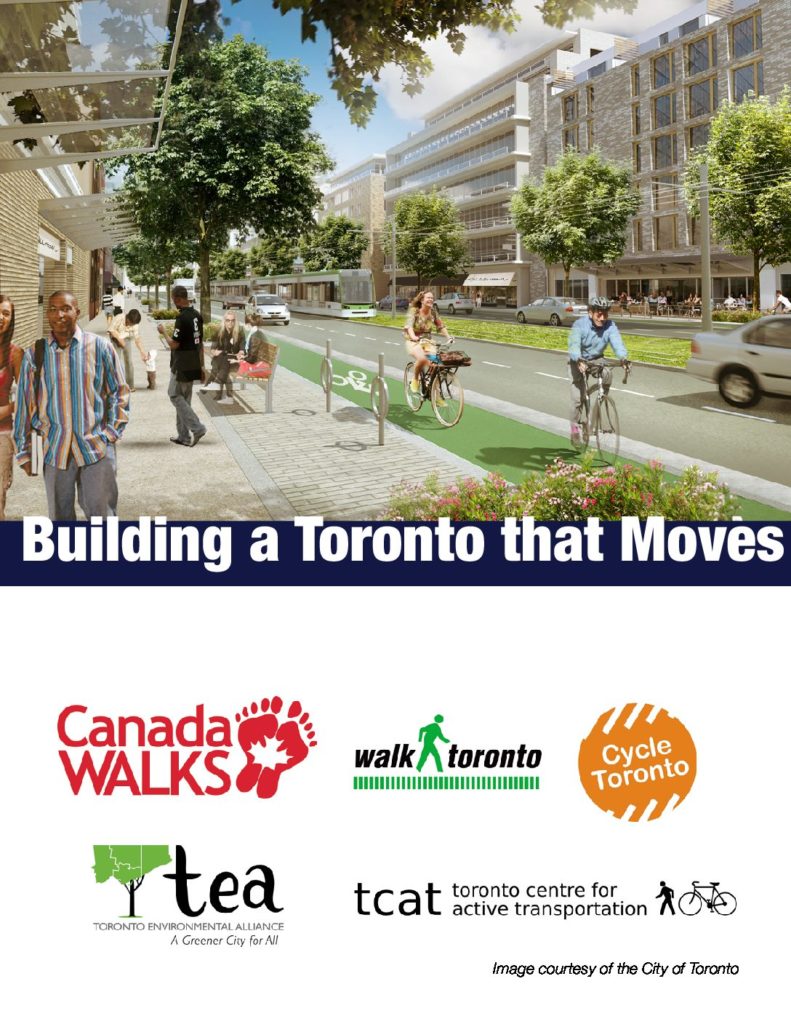 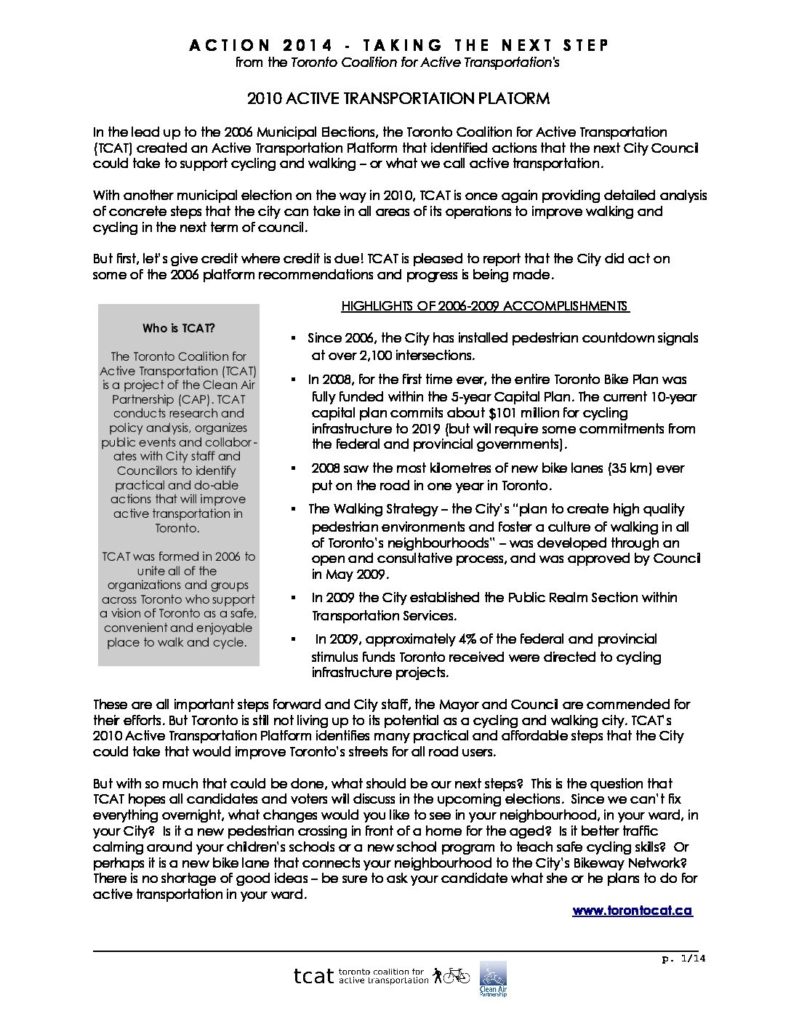 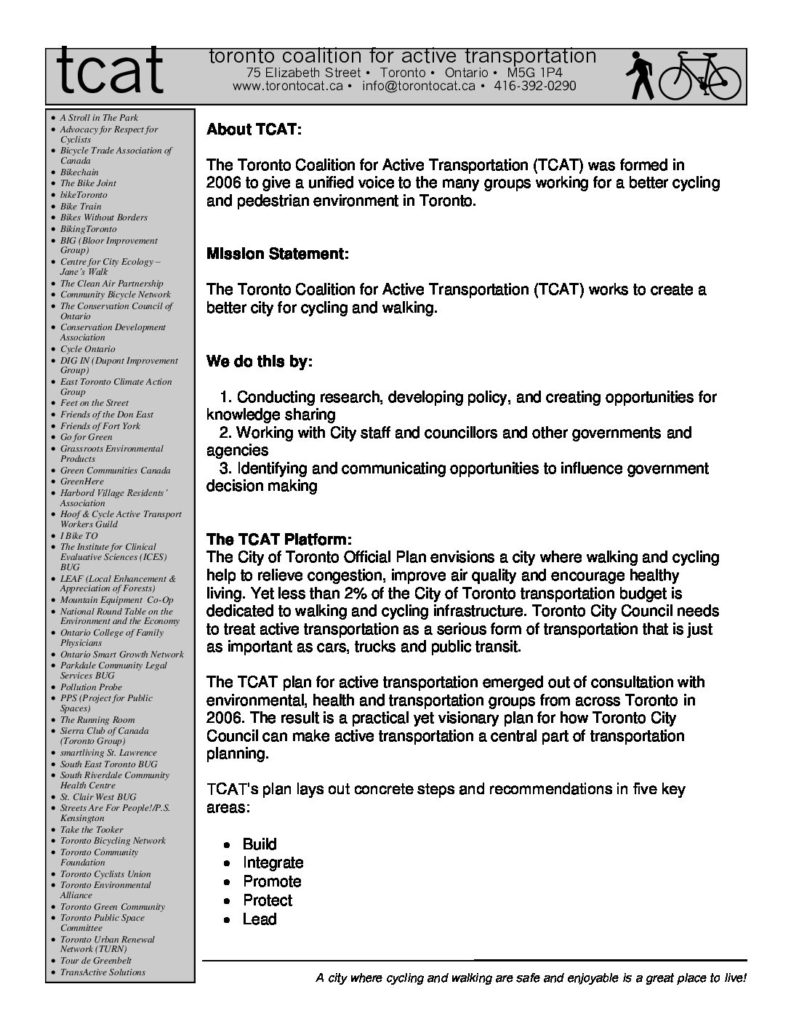