Following the success of a pilot program in 2015, the Region of Peel launched a network of community bike hubs across the region: Mississauga Cycles, the Brampton Bike Hub. the Caledon Bike Hub, and the Sheridan Bike Hub.  The hubs provide bike loans, do-it-yourself bicycle repair support, group rides, mentorship, and skills training.

The Community Cycling Program is based on similar successful programs in a few major cities in Canada, but Peel was perhaps the first suburban community to launch a cycling initiative of this type. This report, compiled by TCAT Researcher Trudy Ledsham, focuses on the impacts the Mississauga and Brampton/Caledon projects have had since 2019.

Here are the key findings included within the report: 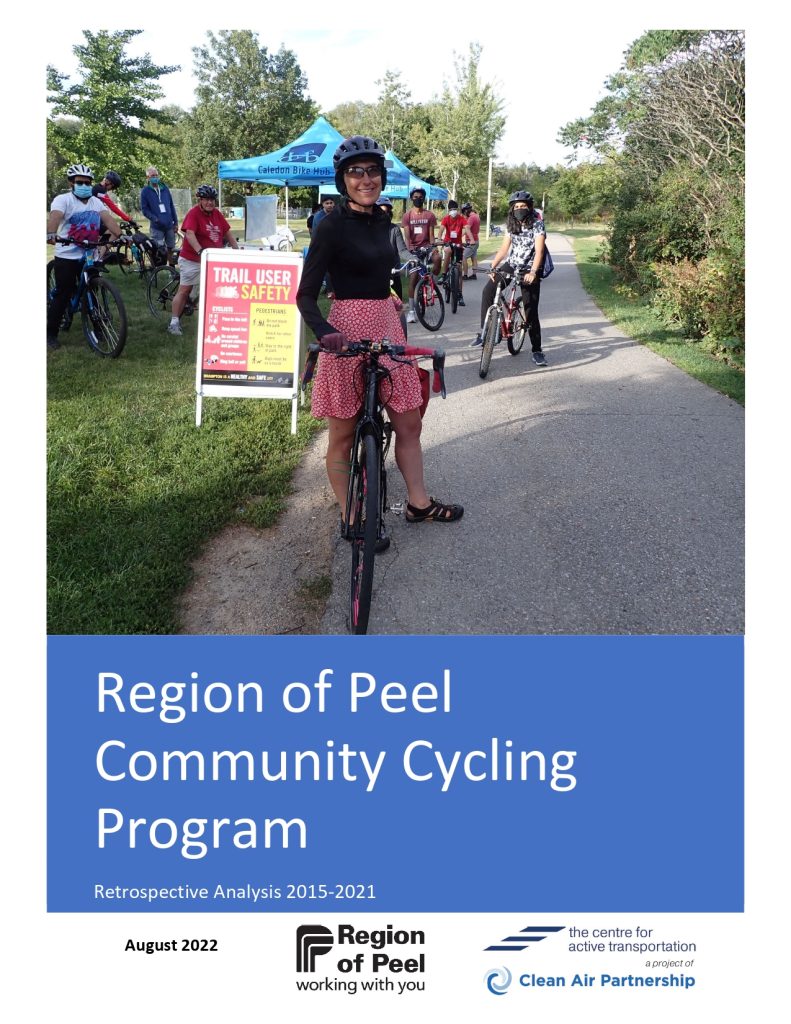