On January 16, 2018 TCAT released a report “Learning to be a Bicycle Friendly Driver: Driver Training Program for Safely Sharing the Road with Bicycles” that looks at the feasibility of offering additional training to drivers in Toronto (both professional and the public), with the goal of helping them more safely share the road with people on bikes. The findings reveal an urgent need for this type of training and an unprecedented willingness on the part of businesses to engage with safe cycling issues.

The report investigated bicycle friendly driver programs currently being offered in Fort Collins, Colorado and San Francisco. In both locations, municipal transit, as well as many private transportation and delivery companies have their drivers undergo training on this topic.

The report identifies key requirements for success for a Toronto program. They include strong municipal involvement, a parallel bicycle training program, and strong public support for road safety. 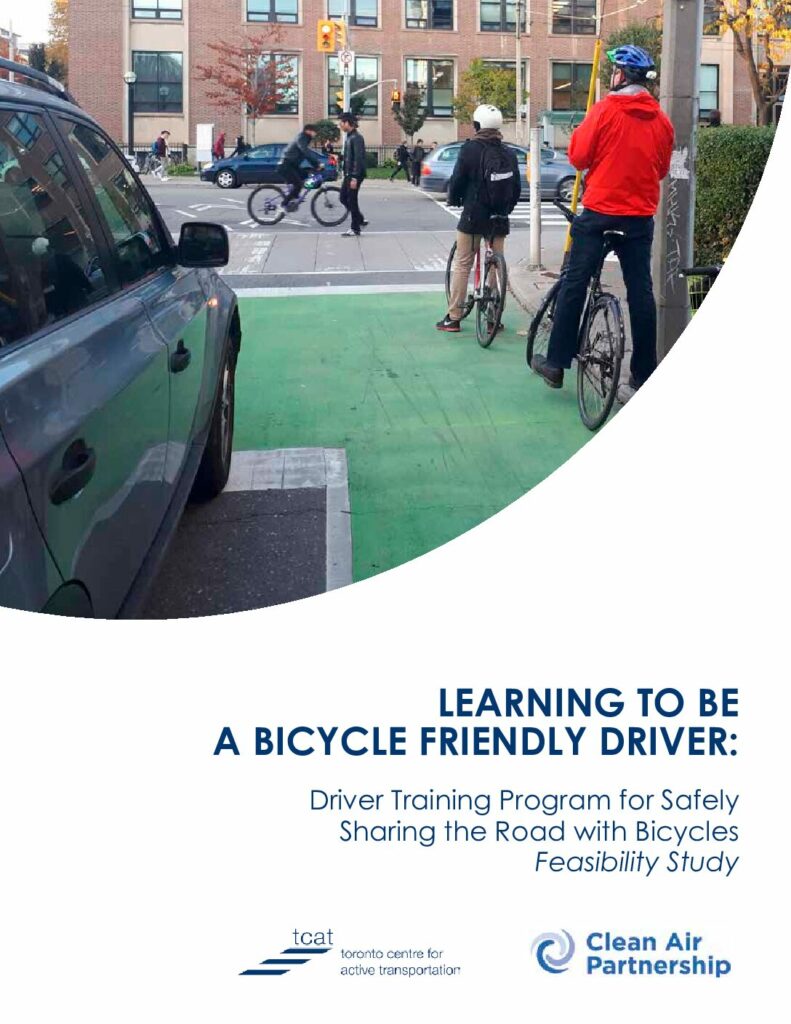 Learning to be a Bicycle Friendly Driver