This research paper investigates the implementation of Ontario’s provincial and municipal policies that seek to build communities that encourage walking and cycling. Although policies have recently come a long way in recognizing and promoting active transportation, aligning policy is different than aligning practice, and current policies are not necessarily translating into successful on-the-ground implementation. The paper explores the institutional barriers that exist in detailed planning, development, engineering, and construction process that have not caught up with higher-level policies including engineering standards and other institutionalized practices.

In order to better understand how provincial policies are or are not translating into current practices, between 2013 and 2014 the research team: (1) conducted a review of provincial policy, municipal policy, and professional street design guidelines such as those produced by the Transportation Association of Canada (TAC); (2) conducted two focus group sessions (one in York  and the other in Burlington) with planning and engineering professionals; (3) and carried out several case studies of Toronto area road projects that either incorporated, or failed to incorporate, active transportation facilities.

This is the final report submitted to Metrolinx on July 7, 2014.

This case study features Kingston Road in the Cliffside Community in Toronto. During the environmental assessment process for public transit improvements, better facilities for pedestrians and cyclists were also identified as a priority. A new streetscape design was approved in concept, but no funding was allocated to the project.

This case study features York Boulevard in Hamilton. The initiative was undertaken to create a market precinct in Hamilton’s downtown as part of the city’s efforts to make a more pedestrian-friendly, liveable downtown core. The project included narrowing the street by reducing the number of lanes, converting the one-way street to a two-way street, installing on-street bike lanes, and adding a number of pedestrian amenities.

This case study features Rathburn Road in Mississauga. This Bus Rapid Transit (BRT) corridor is noteworthy for its rejection of the implementation of cycling facilities at a gap in the cycling network adjacent to the city’s largest shopping centre. This street link was previously identified in the 2010 Mississauga Cycling Plan as requiring cycling facilities.

This case study features Plains Road in Burlington, in which bicycle lanes were installed on a pilot basis as part of a Ministry of Transportation interchange on-ramp project. The inclusion of bicycle lanes under an overpass and alongside narrowed traffic lanes was previously untried in Ontario (MTO), making this project noteworthy, as was the level of collaboration between MTO and the municipality to negotiate lane widths.

This case study features Bloor Street in Toronto, a $25 million business improvement transformation project that improved the pedestrian realm but failed to provide any improvements to the cycling environment. 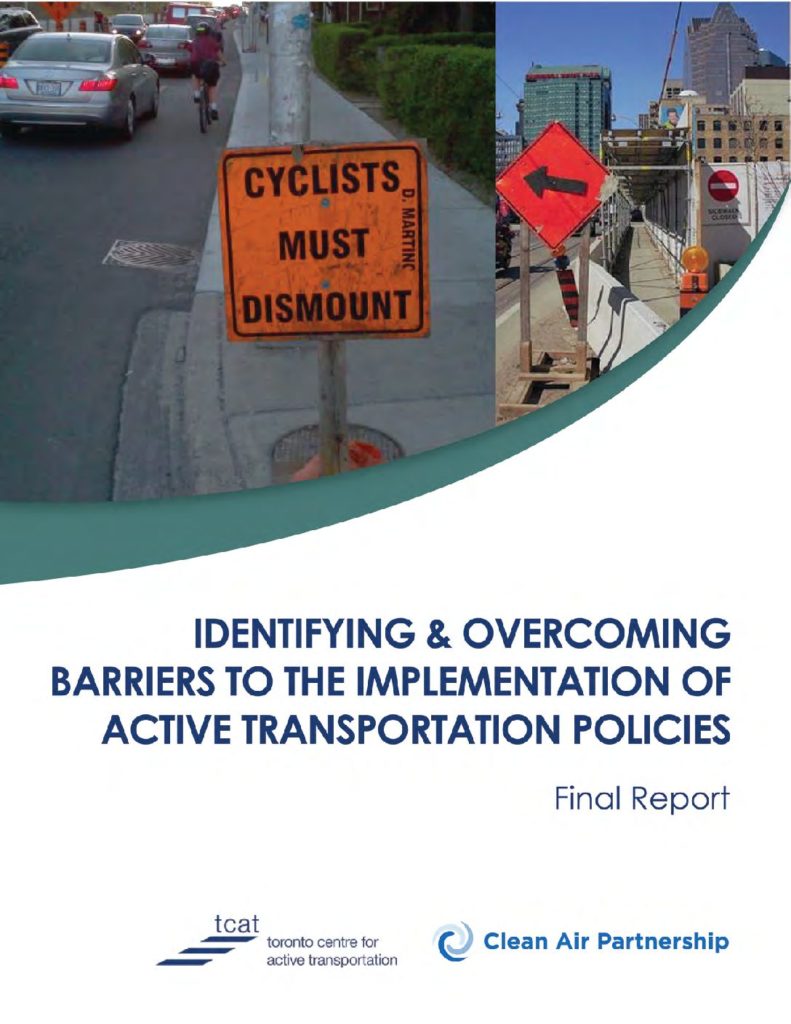 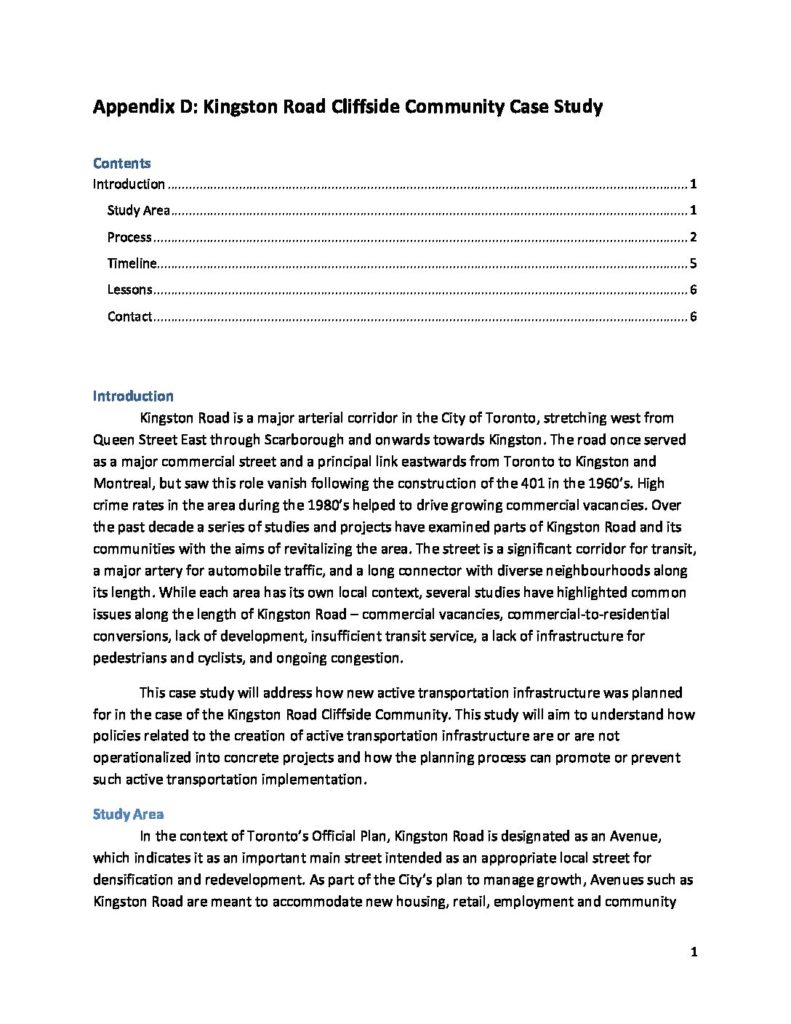 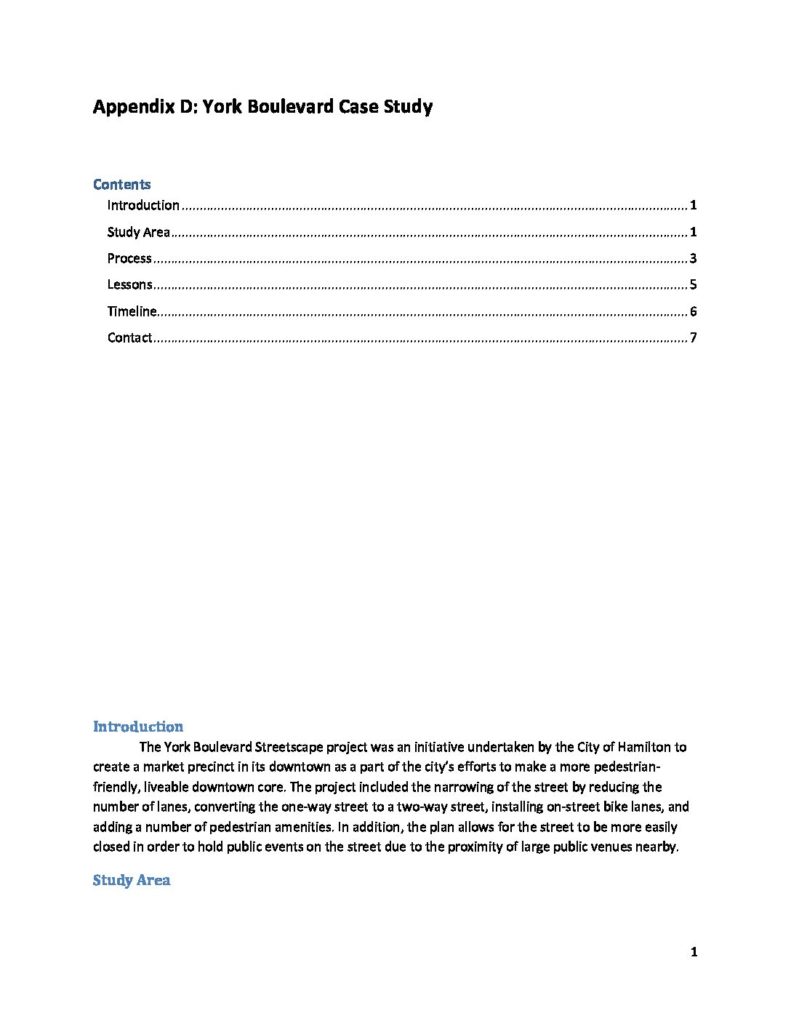 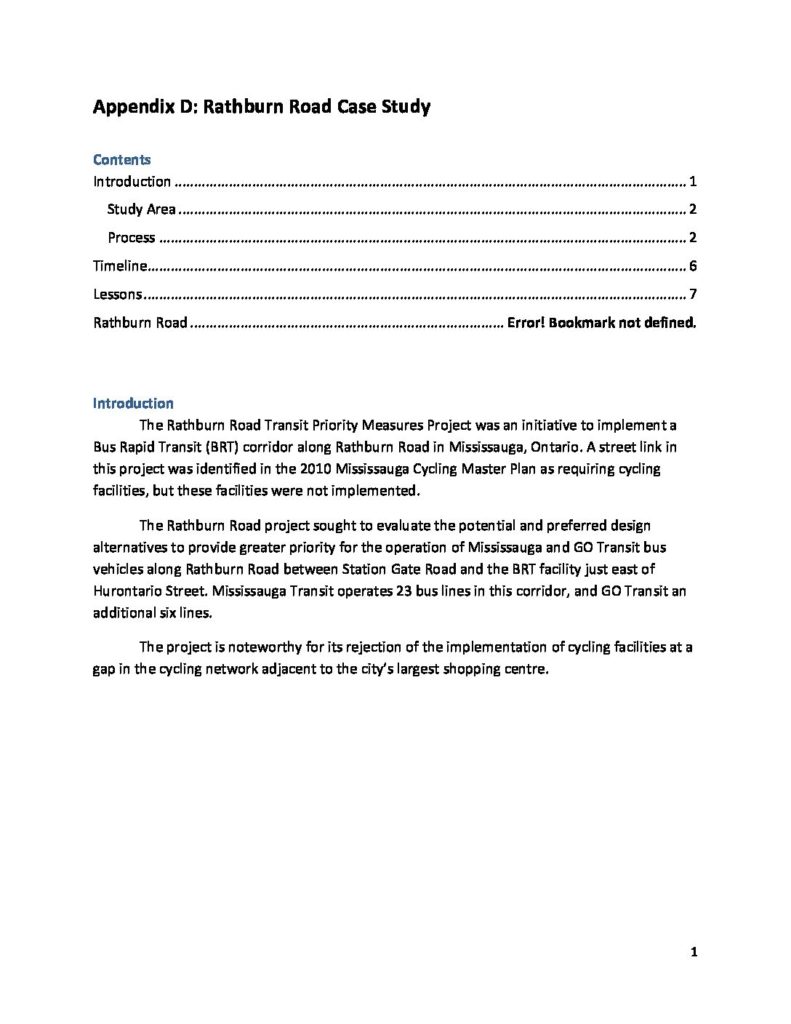 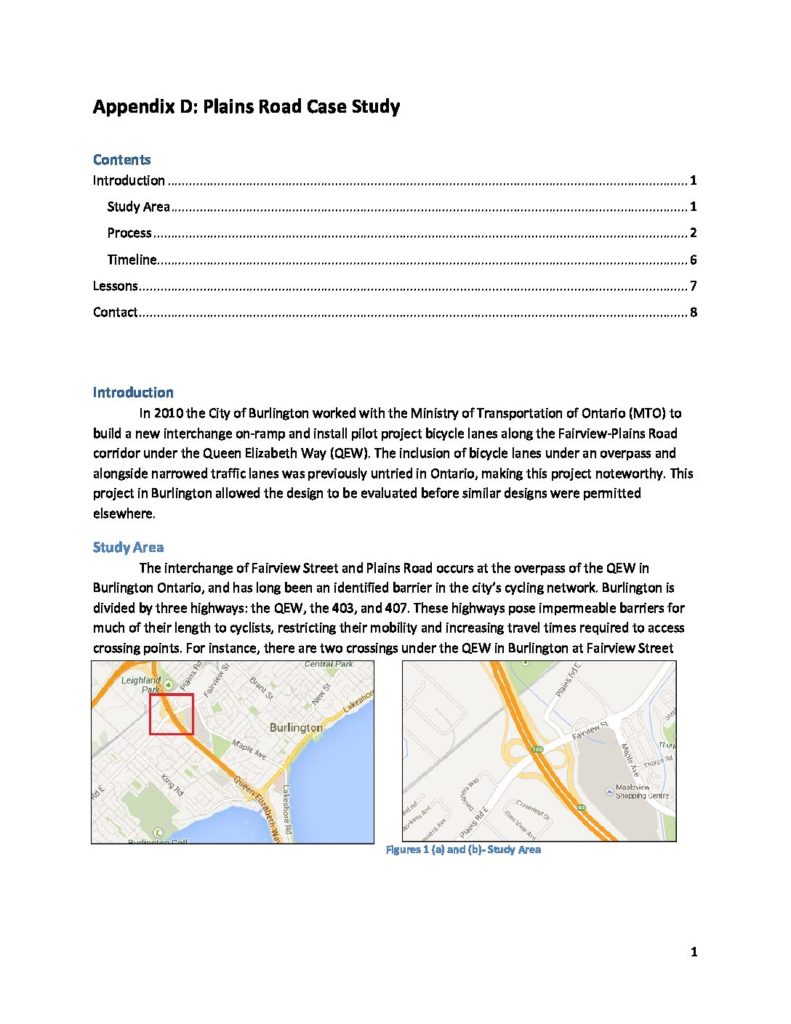 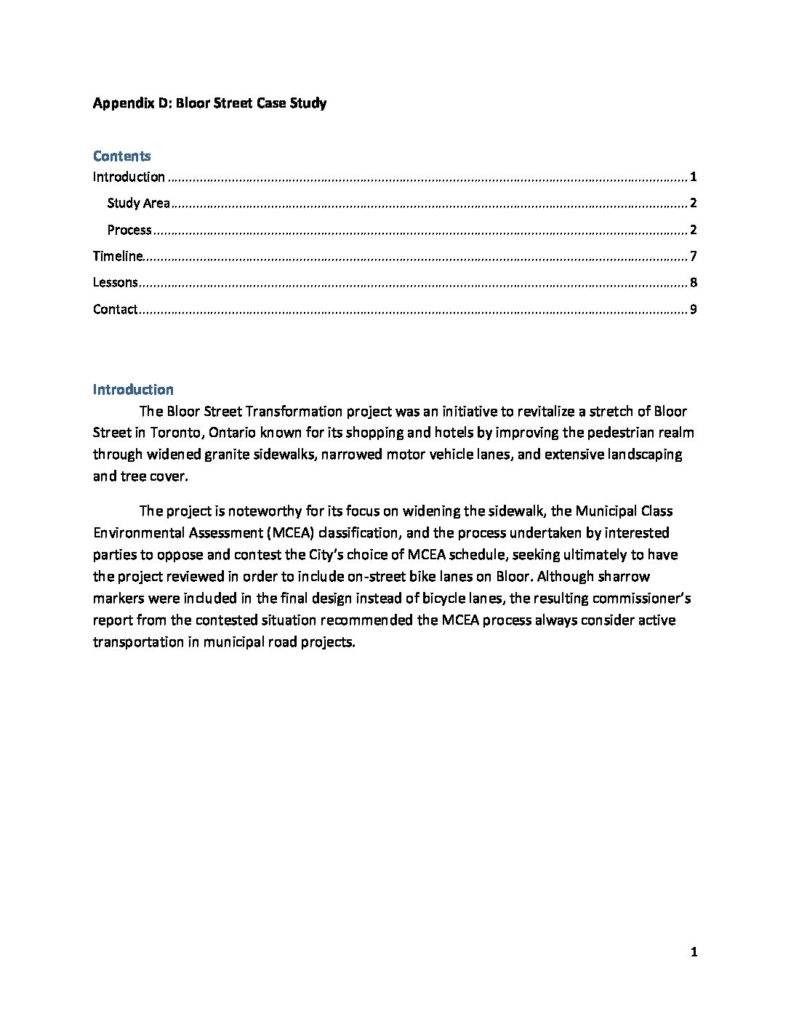