For eight consecutive years, TCAT organized a successful and high-profile annual active transportation conference. Called “Bike Summit” in 2008 and 2009, it was renamed “Complete Streets Forum” in 2010, an influential event attracting hundreds of registrants and numerous sponsors. Each year, exit surveys showed a high satisfaction rate and the Forum frequently sold out. One of the real strengths of the Forum is how it brought people together from different sectors, a unique characteristic that made it stand out from other professional conferences. When TCAT organized its first Complete Streets Forum in 2010, Complete Streets was barely on the radar in Canada. Now, it’s a common concept being incorporated into Official Plans and Transportation Master Plans. Many cities, including Toronto, have also developed Complete Streets Guidelines. Even better, municipalities are moving from policy to action, and Complete Streets projects are now being built across the country. Keep up to date with what’s happening across the country on TCAT’s Complete Streets for Canada website.

Read the Summary Reports from past Complete Streets Forums below. 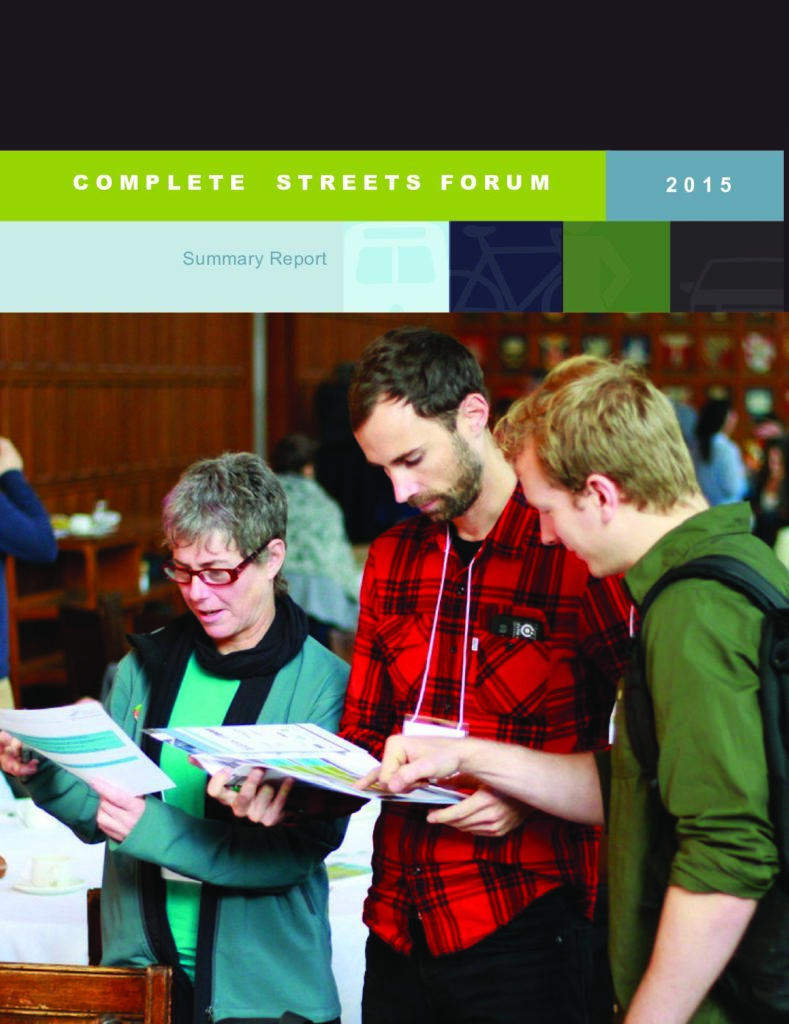 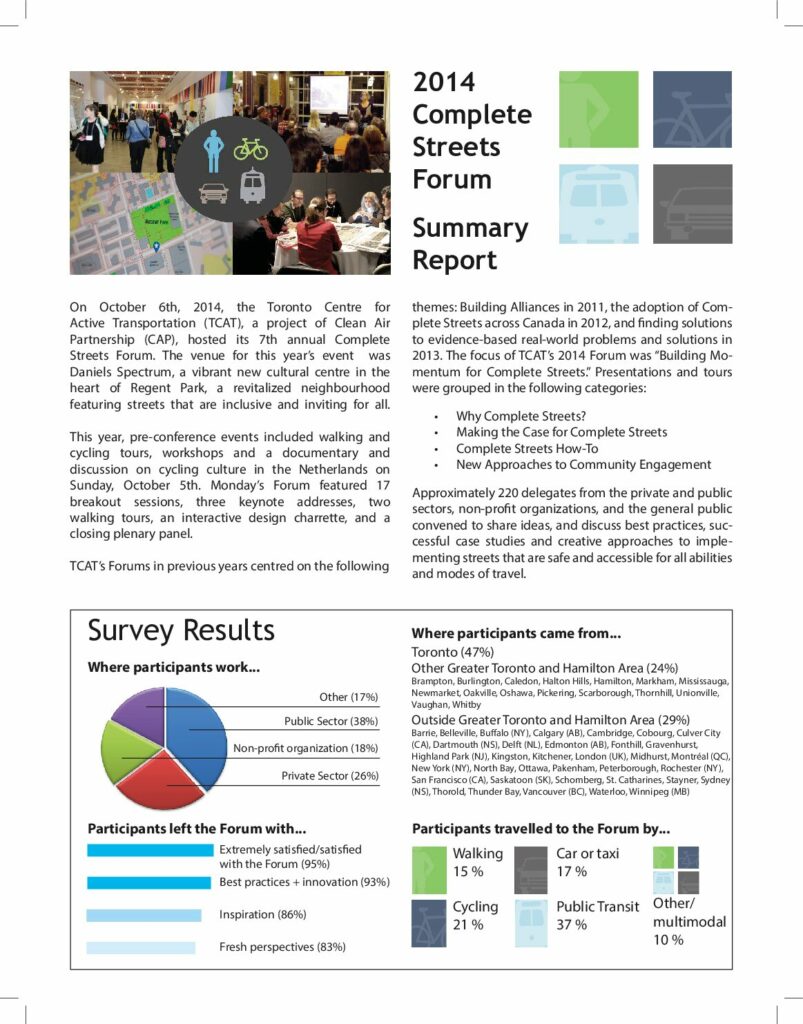 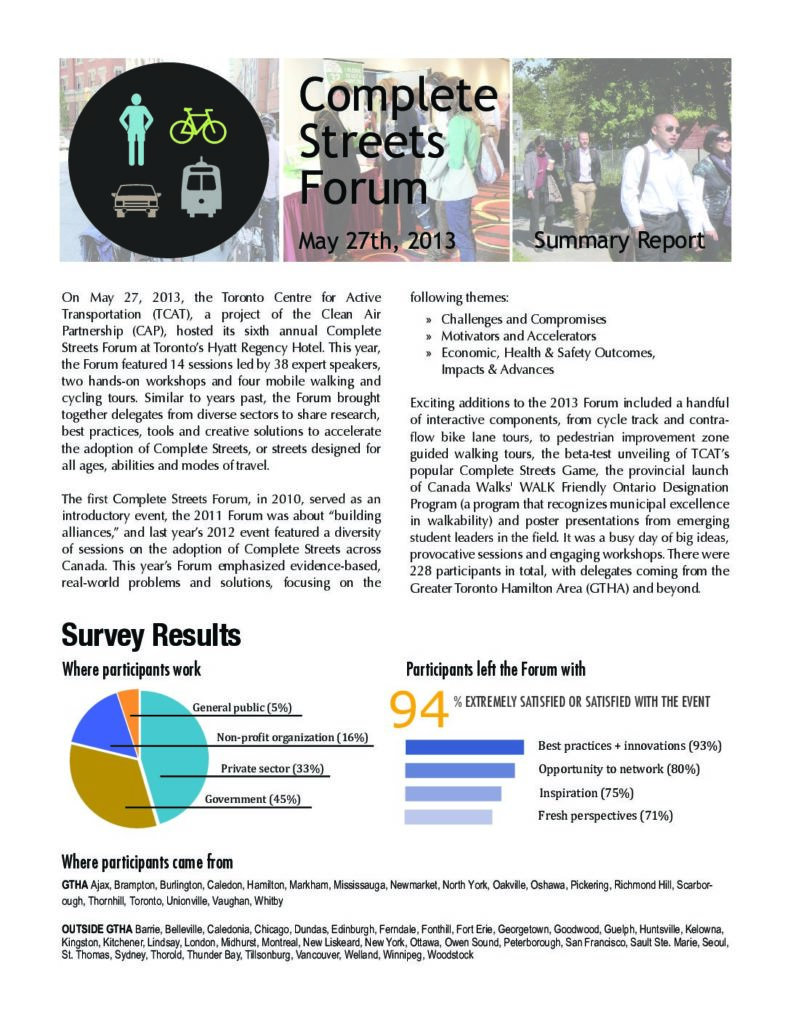 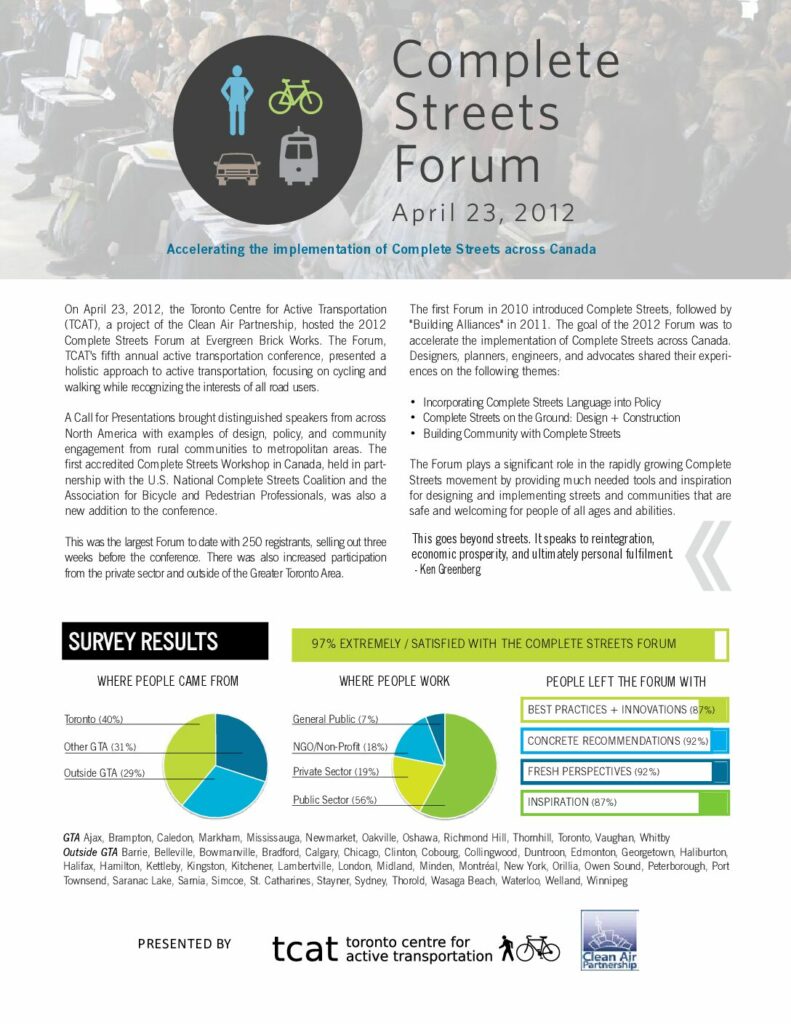 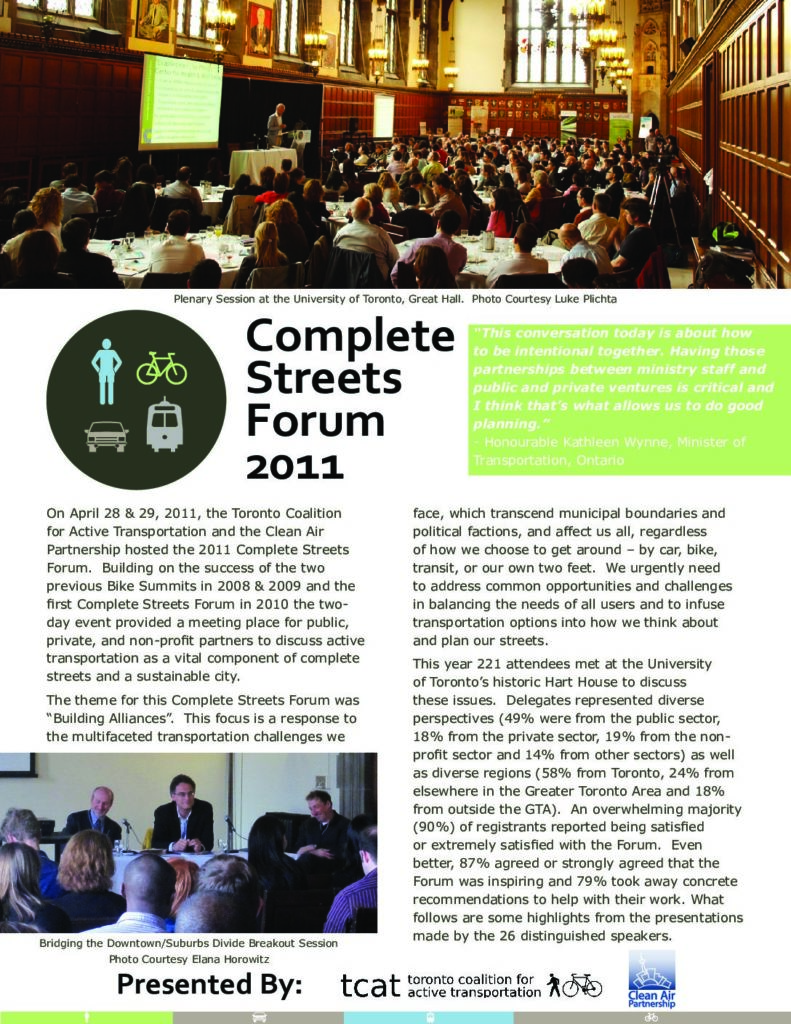 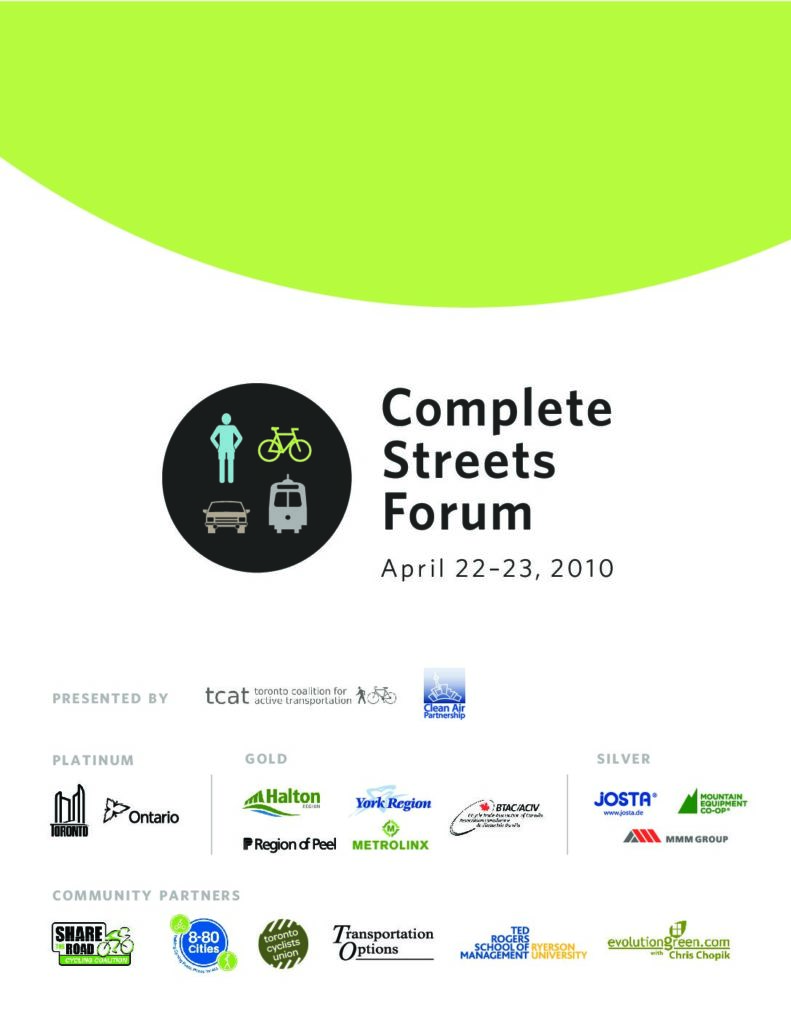 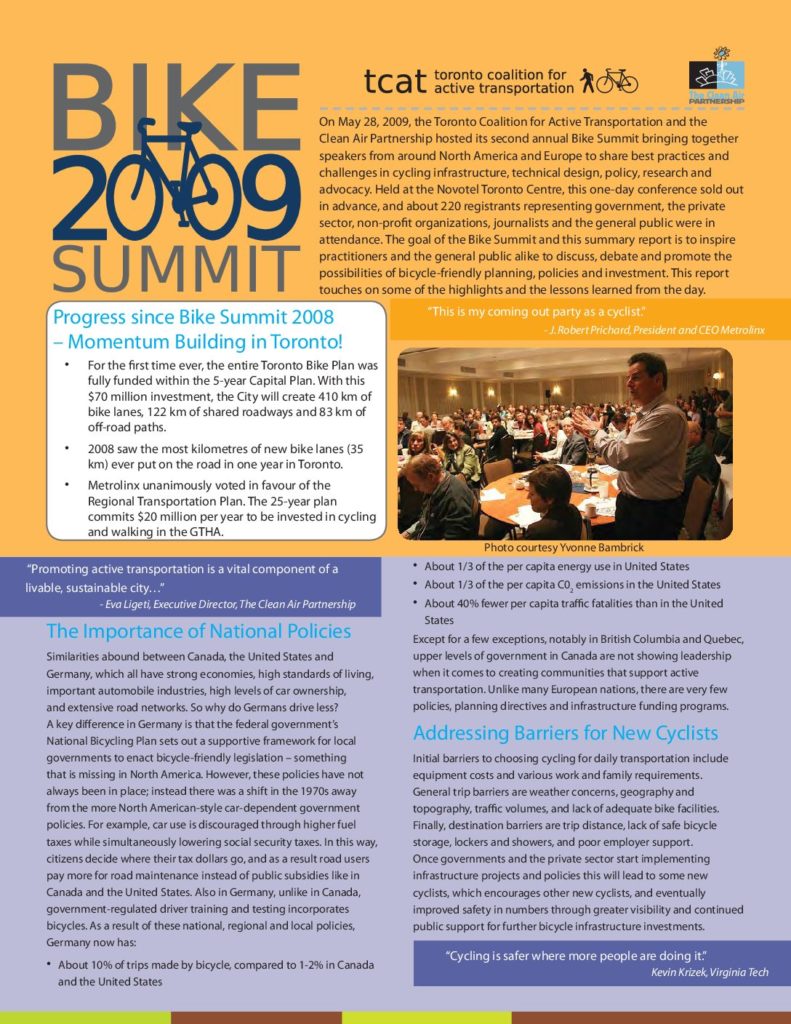 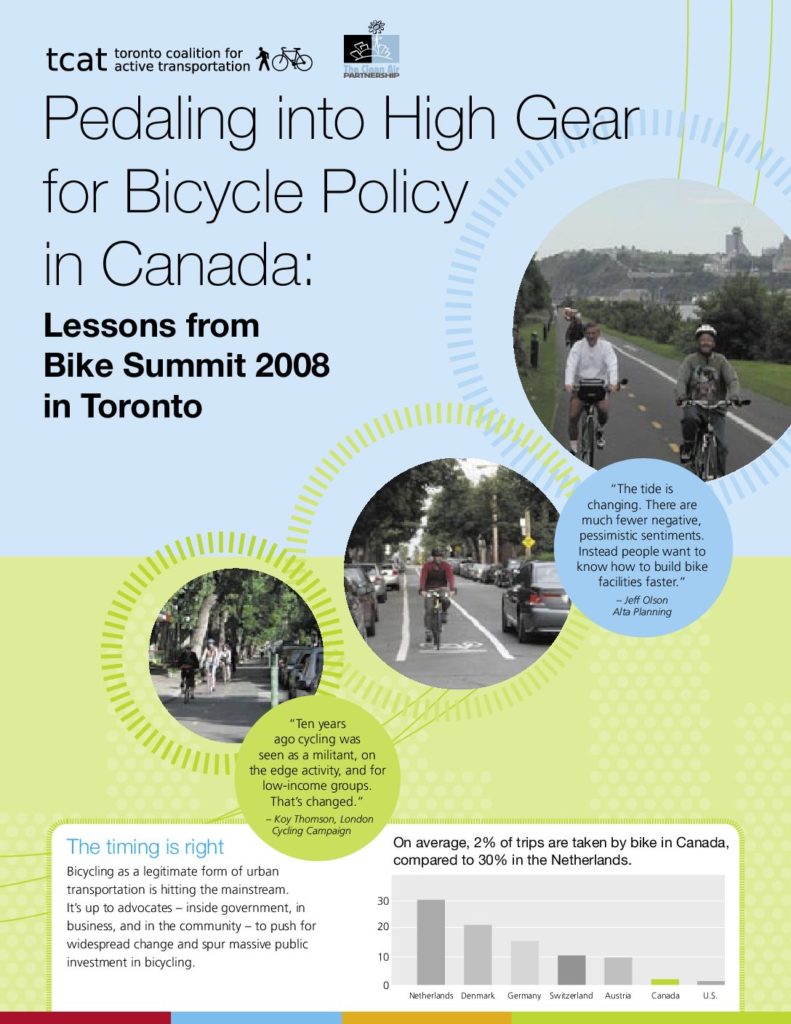