On three occasions (2009, 2010, 2017), TCAT studied the local economic impacts (positive, negative or neutral) of removing on-street parking to install a bike lane and and to understand the role played by the travel patterns and attitudes of both visitors and merchants. The findings have disproved the myth that parking is essential to downtown small business. Read more about TCAT’s Bloor Street Bike Lane Economic Impact studies.

Two external studies have also been conducted on different Toronto streets, using TCAT’s methodology. The first (in 2014) was developed and administered by a Ryerson University Advanced Urban and Regional Planning Studio class on Danforth Avenue in the winter term of 2014. The second (in 2016) was developed and administered by volunteers of Cycle Toronto’s Ward 14 Advocacy Group on Queen Street West in Parkdale. More information about these studies can be found below.

In the fall of 2015, a study modelled after TCAT’s “Bike Lanes, On-Street Parking and Business” reports (2009, 2010) was developed and administered by volunteers of Cycle Toronto’s Ward 14 Advocacy Group. The study was conducted in Parkdale, a neighbourhood about two kilometres west of Toronto’s downtown. TCAT Director Nancy Smith Lea acted as an advisor on the report. As with TCAT’s previous reports, this study sought to understand the transportation and spending habits of visitors to the study area and to examine the potential impact on local business if there were an introduction of bike lanes and subsequent reduction of parking spaces.

The report was released in December 2016. The PDF is available for download (below).

A summary of the findings:
– 72% of the visitors to the Study Area usually arrive by active transportation (by bicycle or walking). Only 4% report that driving is their usual mode of transportation.
– Merchants overestimated the number of their customers who arrived by car. 42% of merchants estimated that more than 25% of their customers usually arrived by car.
– Visitors who reported using active transportation to visit the Study Area visited more often and spent more money per month than those who usually drove or relied on public transit.
– Visitors to the Study Area were much more likely to prefer a bike lane or widened sidewalks over no change, even if this resulted in the loss of on-street parking.
– Merchants prefer the current layout of Queen Street more than a configuration where on-street parking is reduced to accommodate expanded sidewalks or a bike lane.
– A majority of visitors (53%) and merchants (64%) stated that there was not enough bicycle parking within the Study Area.
– Merchants were more likely than visitors to perceive the amount of car parking as inadequate: 52% of merchants stated there was not enough car parking in comparison with 19% of visitors.

In the winter term of 2014 (Jan-Apr), TCAT acted as the client for an Advanced Urban and Regional Planning Studio class at Ryerson University. The study that the Ryerson students conducted on TCAT’s behalf resulted in the report Bike Lanes, On-Street Parking and Business: A Study of Danforth Avenue in Toronto’s Danforth Neighbourhood. 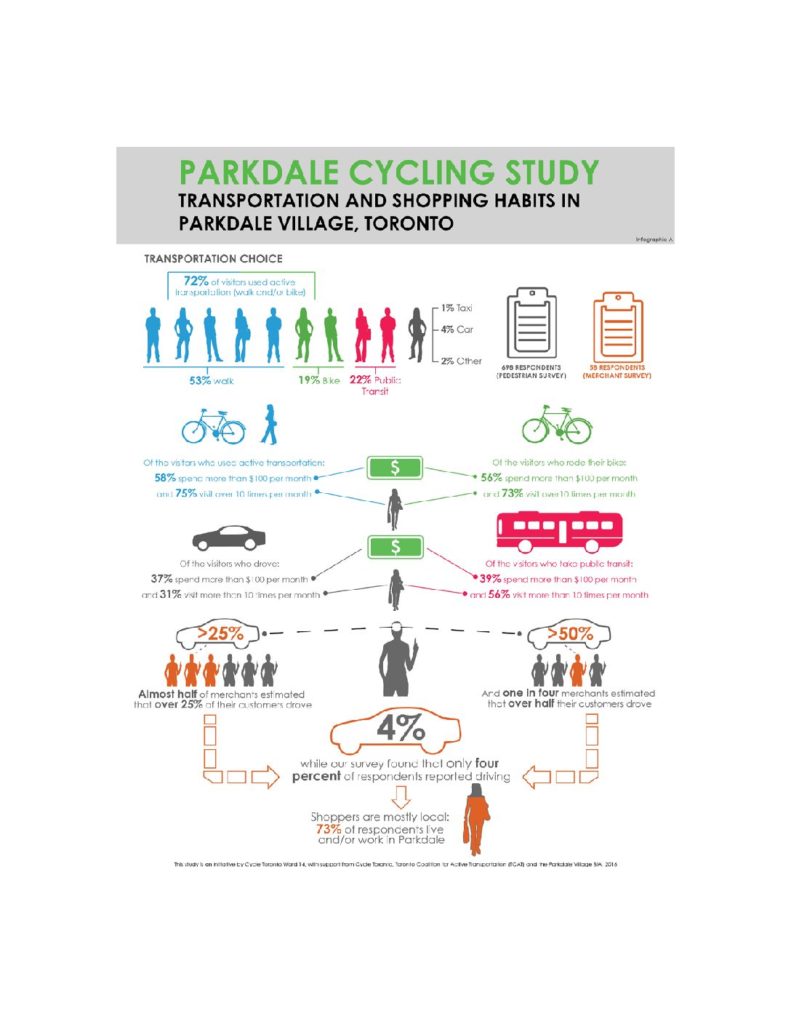 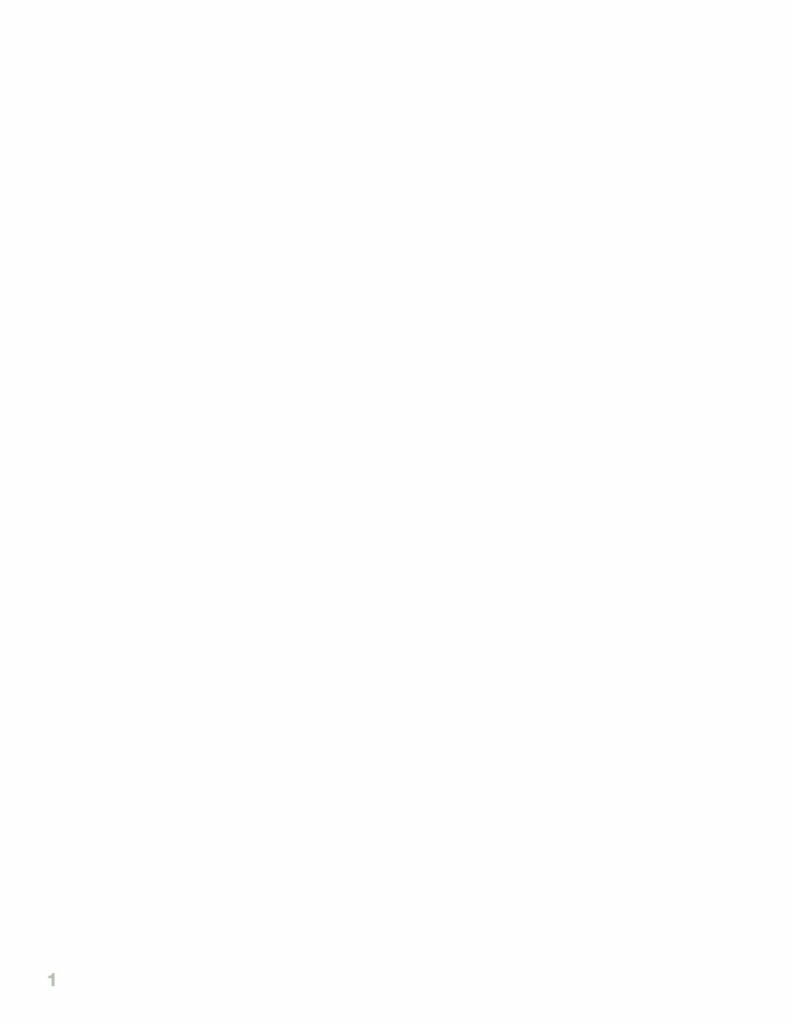 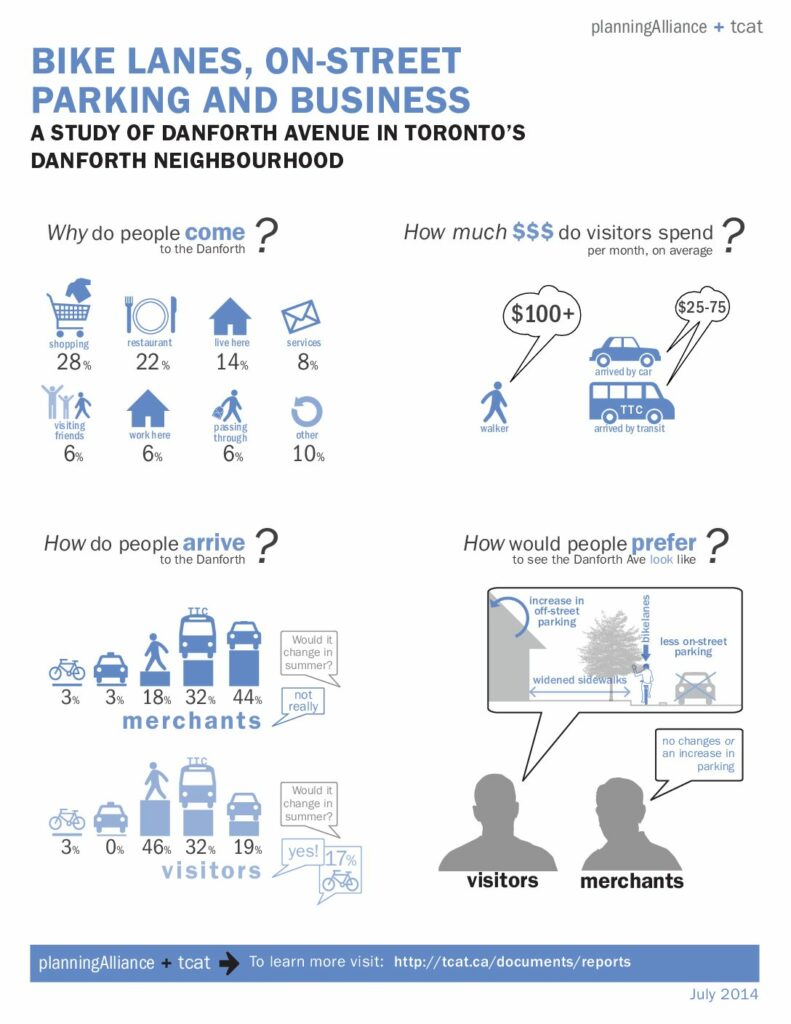