On May 28, 2020 Toronto City Council approved ActiveTO, a suite of programs that support the City’s restart and recovery response to COVID-19, including ActiveTO Major Road Closures and a Complete Street pilot project on Danforth Avenue.

Between May and October 2020, the ActiveTO Major Road Closures provided space for recreational activity to support mental and physical wellbeing while maintaining physical distance during the COVID-19 pandemic.

Over 350 people completed the survey. Here are the key findings (also included within the City’s ActiveTO – Lessons Learned from 2020 and Next Steps for 2021 report):

Toronto City Council subsequently approved the return of a more flexible and expanded ActiveTO program in 2021. 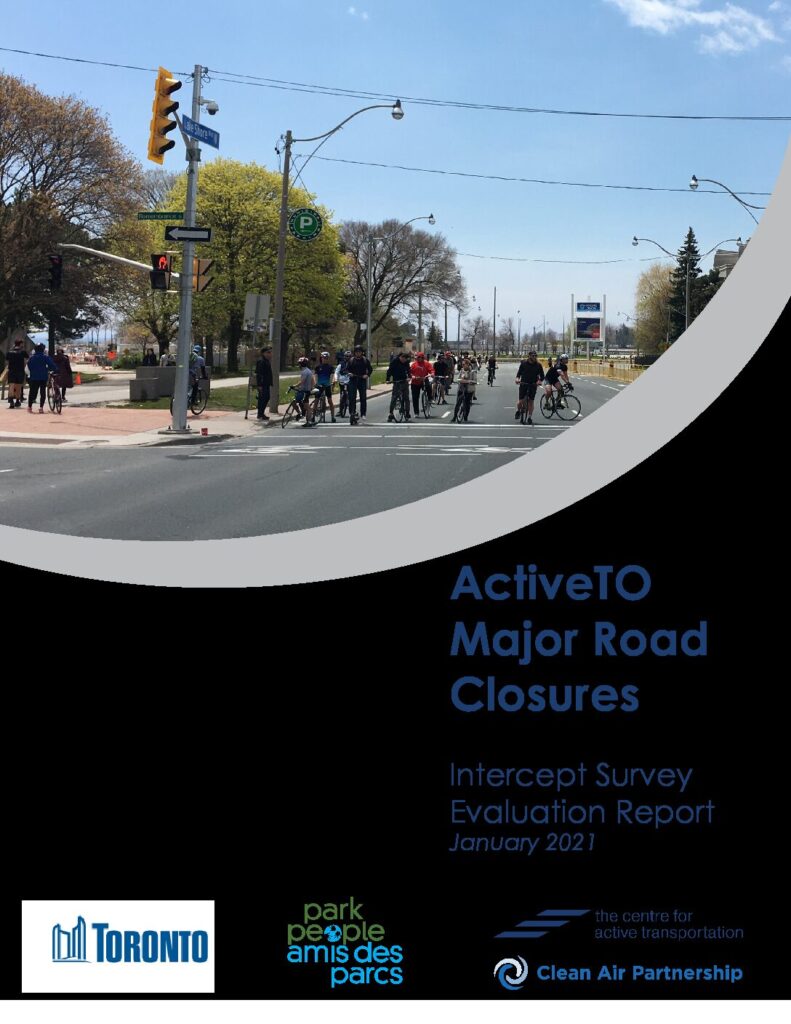