TCAT is pleased to release a backgrounder on five different bikeway options currently in use or under consideration by the City of Toronto. Under the direction of the TCAT Director and Steering Committee, this backgrounder was developed by Jessica Stronghill, TCAT’s newest volunteer.

Bikeways are facilities designated for use by bicycles that are designed to increase the safety and comfort of cyclists and make cycling a more attractive mode of transportation. Studies show that cycling facilities can greatly increase levels of bicycle commuting and that bike trips are more likely to be made where bikeways exist.

TCAT’s Bikeway Options backgrounder examines the benefits and challenges of bike lanes, separated bike lanes, sharrows, signed routes, and off-road paths. The purpose of the backgrounder is to provide the general public with access to some of the most recent research on bikeways in an easy-to-read short two-page PDF format. It is designed to be viewed on-line or printed double-sided.

This backgrounder is the first of what TCAT hopes to be a series of such documents, published on a periodic basis. Each will address a specific issue as it relates to cycling and walking in Toronto and other Canadian municipalities.

These backgrounders, and many other important projects that TCAT undertakes, are not currently funded. If you like what TCAT is doing please consider making a charitable donation today! 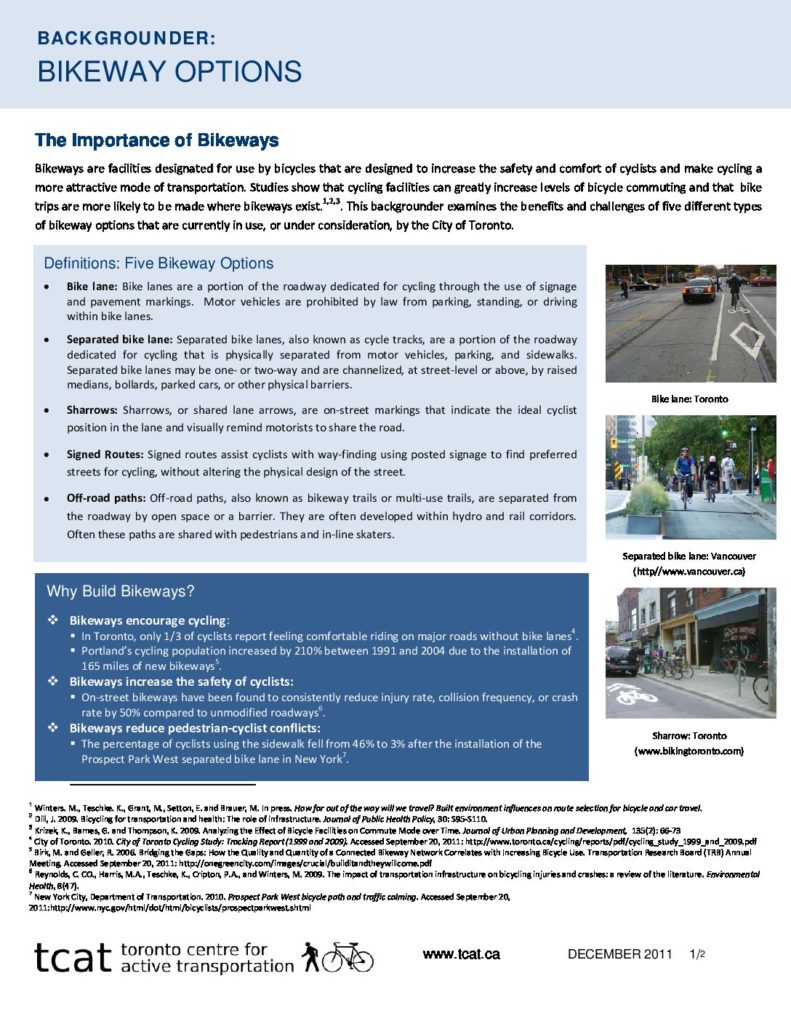