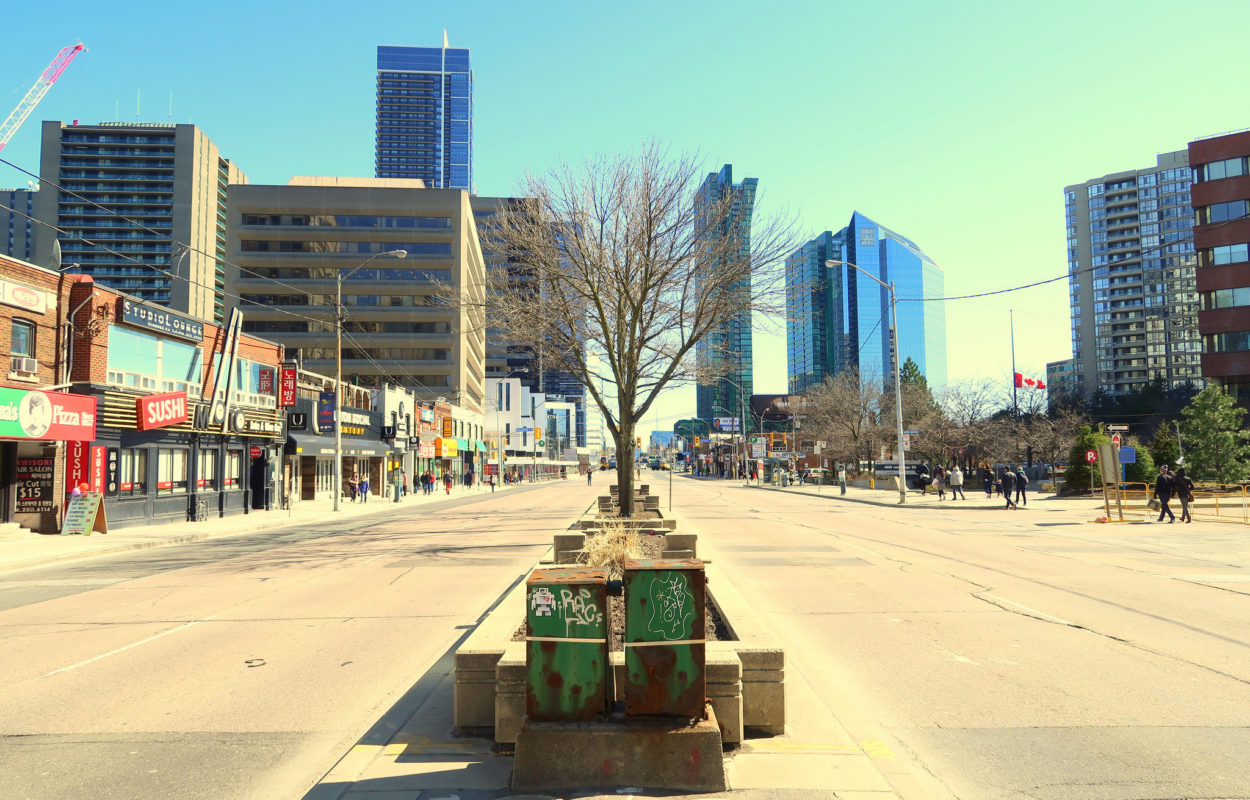 Last month’s brutal attack on Yonge Street has joined Toronto to Paris, London, Barcelona, and Nice. In all of these cities, people purposefully drove vans into unprotected crowds with horrific results.

Now, metal bollards line the roadways and bridges in central London. In Marseille, cars are hemmed in with a series of posts, separating them from cyclists and pedestrians in the busiest area of town. The street is still lively, with restaurant patrons spilling out onto sidewalk terraces, children playing on the sidewalks and cyclists and LRT trams sharing the rest of the roadway, away from cars. In these spaces, the most vulnerable users are protected from those who choose to use vehicles as weapons.

But they are also protected from those who inadvertently kill and maim vulnerable street users. These streets, designed for security, look remarkably like the Complete Streets recommended by Vision Zero transportation planners, who aim to reduce road deaths to zero. Drivers of cars, vans and trucks kill people unintentionally in even larger numbers than do those motivated to weaponize vehicles.

Last year alone, 42 people were killed while walking or cycling on Toronto’s streets, and another 158 people were seriously injured. Going back ten years, over 3,000 people have suffered this fate. In half of the collisions, the drivers involved were aggressive, distracted, speeding, drunk or running a red light. In the rest, a clear reason is not apparent. A momentary lapse of attention, amplified by a ton of steel moving at high speed, can have deadly consequences; human beings making mistakes, as we all do, in a road system with no forgiveness built into it. The lack of a motive in these cases is little consolation for the victims and their families whose lives will never be the same.

Earlier this month, Toronto City Council voted to delay a decision to reconfigure Yonge Street north of Sheppard in a way that would make it more difficult for cars to intentionally or unintentionally enter the space used by people cycling and walking. Tragically, those plans, even if approved, would have come too late to prevent this attack. But implementing changes of this kind now can save lives in the future. A recent study found that after Florida’s Complete Streets policy was passed into law in 1984, the state’s pedestrian fatality rate steadily decreased, saving more than 3,500 lives over the next 29 years.

Now is our chance to transform, re-imagine and re-claim Yonge Street and other suburban and downtown arterial streets that present similar risks, for the ten people who lost their lives last month, and for the thousands killed and injured by vehicles in Toronto over the past decade.