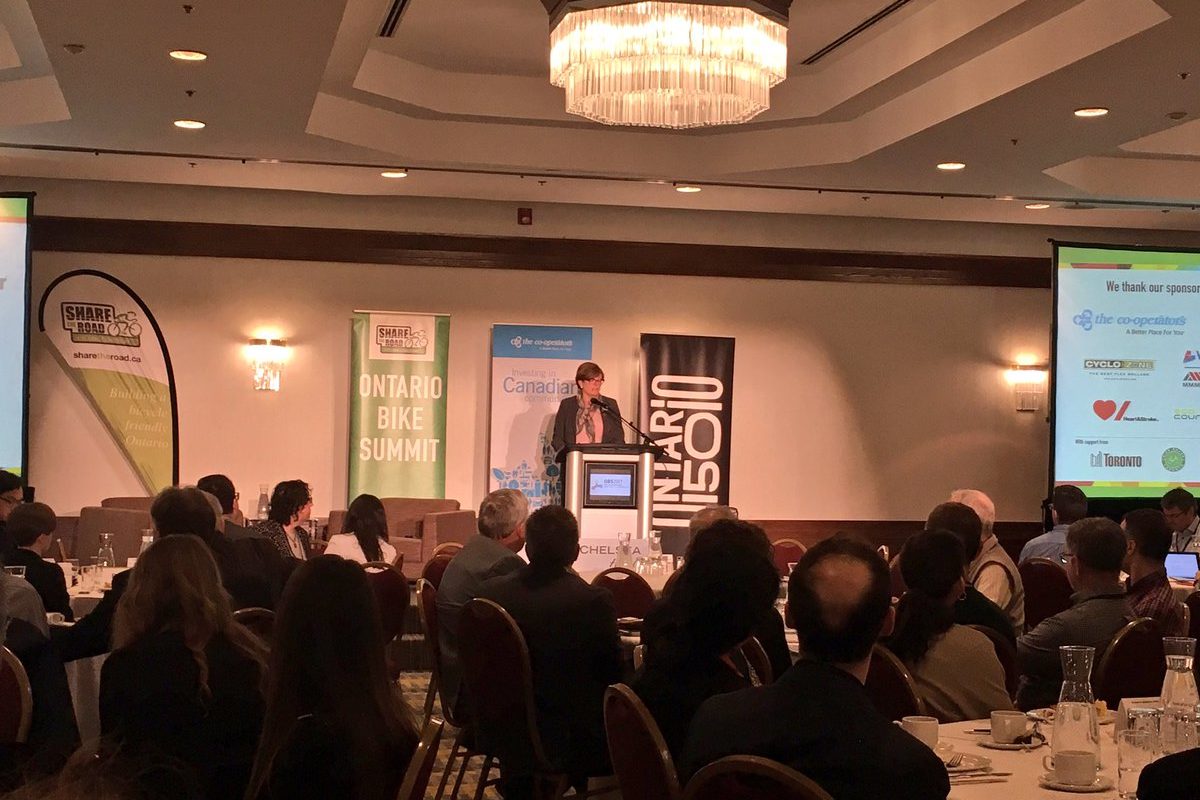 Good news was not lacking at the Ontario Bike Summit last week.  The Minister of Transportation, Steven Del Duca, and the Minister of Tourism, Culture and Sport, Eleanor McMahon, were both on hand to make announcements about province-wide cycling initiatives that will see a network of trails and bike lanes stretch across Ontario, making it a premier cycling destination to tap into what is a growing global industry.

Minister Del Duca announced the release of Ontario’s first-ever provincial cycling plan. The draft network, with a map of existing and proposed on- and off-road trails, is up on the Ministry’s website. He noted that over 8,000 km of trails and bike lanes already exist in Ontario, and this plan seeks to expand them, improve them and link them up. Once completed, it will be possible to bike a route from Toronto to Windsor, then to Owen Sound, up to Sudbury, and across the top of Algonquin Park to Ottawa. The draft plan is open for comments until May 12, 2017. 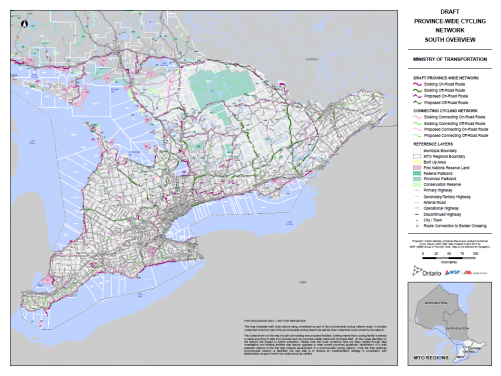 Minister McMahon announced Tour by Bike, a new tourism strategy that will market Ontario as a cycling destination. This is the first time that the province has actively promoted cycling in its messaging. The Minister emphasized the positive economic impact of cycling tourism, an industry drawing 1.7 million visitors per year, who spent $428 million. Cycling visitors tend to spend more per trip than the average visitor, and tend to stay longer. In a cycling tourism research study  last year in Halton, Prince Edward County and Windsor-Essex, 50% of Ontario by Bike certified businesses surveyed said that cyclists were either a core or regular part of their customer base, and 1,594 cyclist nights were recorded at certified accommodation locations.