Between 2015 and 2019, TCAT in partnership with CultureLink Settlement and Community Services, the Toronto Cycling Think & Do Tank (at the University of Toronto), and Cycle Toronto, launched an innovative project called Scarborough Cycles: Building bike culture beyond downtown.

Scarborough Cycles four goals were to:

How do we incubate cycling in a part of the city with very few people cycling, even fewer bike lanes, and only one bike shop? In 2016, Scarborough Cycles opened two community bike hubs at AccessPoint on Danforth and Birchmount Bluffs Neighbourhood Centre. These Bike Hubs offer access to bicycles, tools, repair clinics, community rides, mentorship, workshops and civic engagement opportunities for residents.

The project was based on a targeted, four-step approach  that other suburban communities can replicate. We adapted proven social psychology strategies, such as those used for quitting smoking or reducing energy consumption, to encourage and sustain behaviour change for cycling through a four-step process: 1) find the neighbourhood, 2) identify local barriers, 3) remove barriers and start cycling, and 4) keep cycling.

Read our 2017 Summary Report or our Scarborough Cycles Snapshot to learn more about what we’ve done in Scarborough. 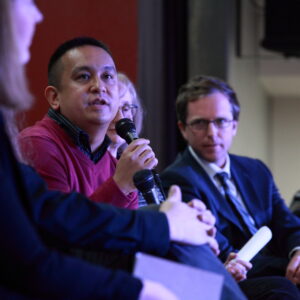 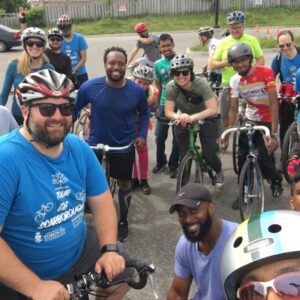 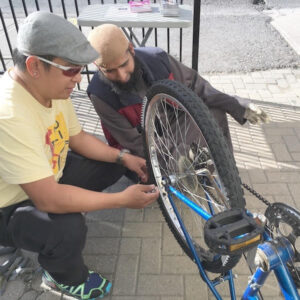 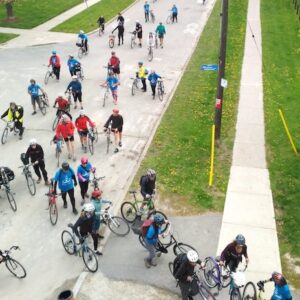