Where is cycling increasing?

Cycling is increasing across Canada in both small and large communities. Forty-two of Canada’s 100 census subdivisions with populations over 50,000 saw rates of cycling to work increase between 1996 and 2016. Widespread growth occurred in British Columbia, where six of the top fifteen communities for cycling increase can be found (see figure below). The highest growth, however, was in Montréal. There, rates of cycling to work nearly tripled, from 1.3% in 1996 to 3.6% in 2016. Toronto’s growth was nearly as high, with an increase of 146%, from 1.1% to 2.7%. 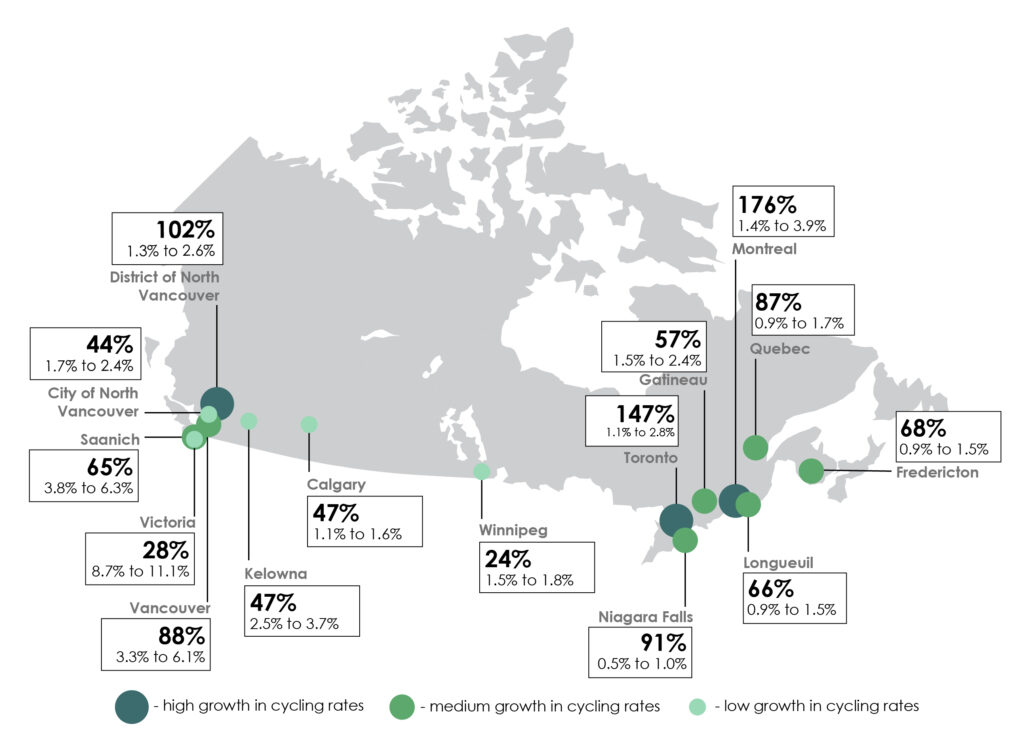 Cycling in Small and Suburban Communities

Although cycling rates are lower in suburban areas, these communities still show great promise. In the Greater Toronto and Hamilton Area, for example, one third of all trips, or 4.3 million trips a day, are 5 km or less, a distance that can be easily made by bicycle. Saanich, BC is an example of a suburban community where a strong municipal vision for a greener city, coupled with a provincial grants program and growing interest in healthy, active lifestyles has led to a significant increase in cycling of 14% between 1996 and 2011.

In small towns, tourism often plays an important role in growing cycling for transportation, as is the case with both Canmore and Revelstoke, Alberta. In both places, a recreational mountain-biking culture has translated into more trips to work by bike. 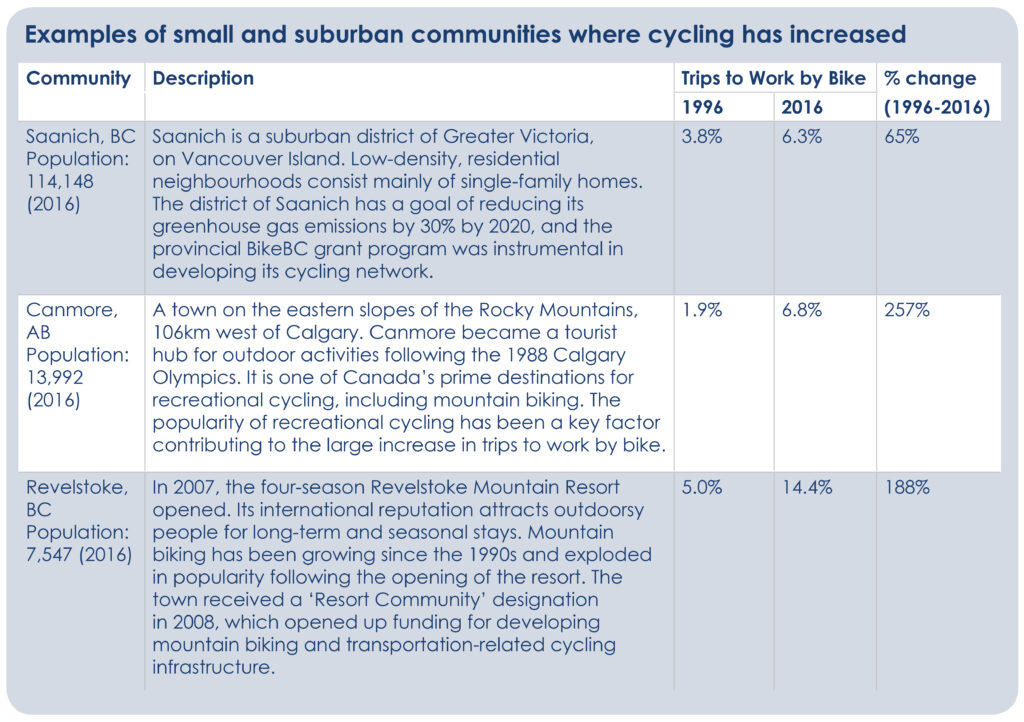 Cycling on the Neighbourhood Scale

Within larger municipalities, levels of cycling vary widely, with some neighbourhoods boasting cycling rates that are many times higher than the municipality overall. The top neighbourhoods (or census tracts) for cycling to work are spread across the country. In 2016, the Toronto Islands, a unique, car-free community located across the harbour from Toronto’s downtown, had the highest rate of cycling to work in Canada, at 27.3%. Other neighbourhoods with very high rates of cycling in 2016 include Montréal’s La Petite-Patrie (22.6%), Victoria’s Fairfield (18%), Vancouver’s Grandview-Woodland (17.1%), and Old Ottawa South (16.9%). 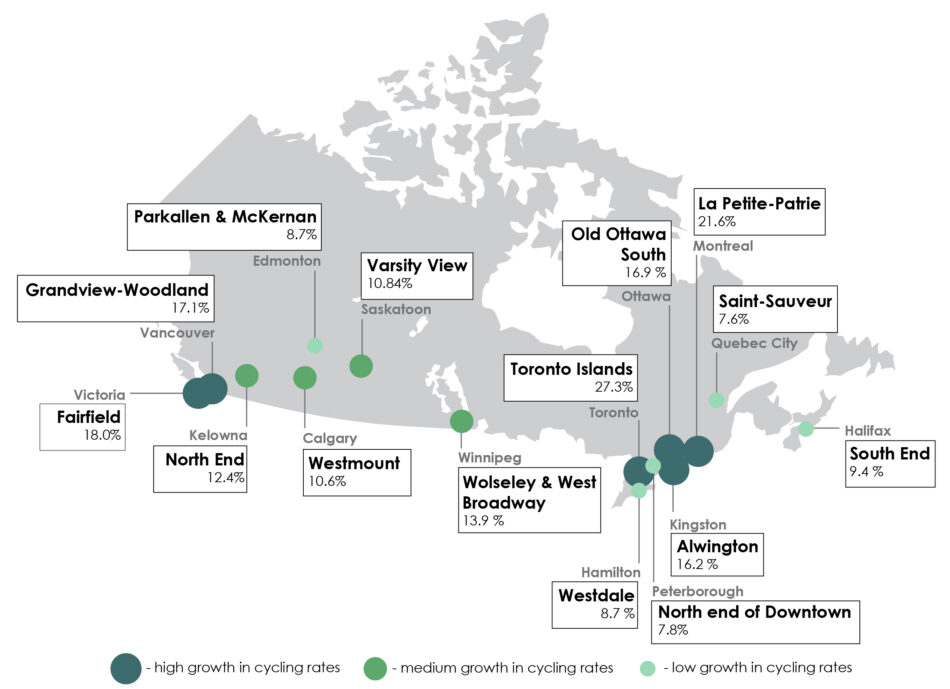 Census tracts with the highest rates of cycling to work in Canada, 2016  (Statistics Canada, 2016)

Check out our companion catalogue for more information on the cost of example projects and programs:
Costing of Bicycle Infrastructure and Programs in Canada

Explore ten actions for how you can increase cycling.

Or download the full version to read more:
Increasing Cycling in Canada: A Guide to What Works