Pair up projects and programs 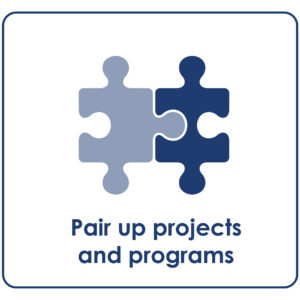 Cycling infrastructure projects and programming can have the greatest impact when they act synergistically in a coordinated policy of strategies to increase cycling. Cycling is sensitive to context, and programs on their own are not sufficient to overcome the broader barriers of built environment or social context. They can, however, amplify the impact of infrastructure projects. Salt Lake City and Chicago provide a telling example: although both cities invested in cycling infrastructure between 1990 and 2000, Chicago also invested in programming to promote commuting by bike, while Salt Lake City did not. Cycling rates in Chicago doubled (from 0.28% to 0.50%), but went nearly unchanged in Salt Lake City (1.52% to 1.49%).

Explore the next action: Make it Safe