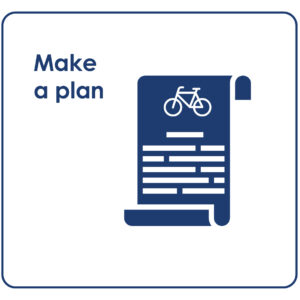 Transportation plans, including cycling plans and active transportation plans, are instrumental for increasing cycling. Over the past twenty years, many municipalities across Canada have for the first time created plans with a focus on cycling. These plans typically identify a recommended cycling network, a time frame for installation, and the length in kilometres of the different kinds of infrastructure to be built (e.g. protected bike lanes, trails, designated routes, etc.) They often also set out objectives regarding cycling promotion, education, and parking. Mode shift targets are included less frequently, but are a helpful tool for accountability.

Establishing a cycling plan puts cycling on the table and makes it a legitimate transportation mode that is part of the transportation planning discussion. These plans can also spark major investments in cycling infrastructure and programming, as well as changes within local transportation departments. Dedicated staff are often allocated to cycling for the first time soon after a plan is put in place. 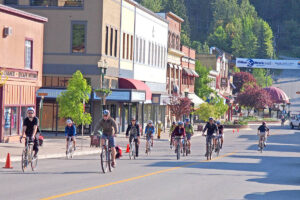 Explore the next action: Pair Up Projects and Programs