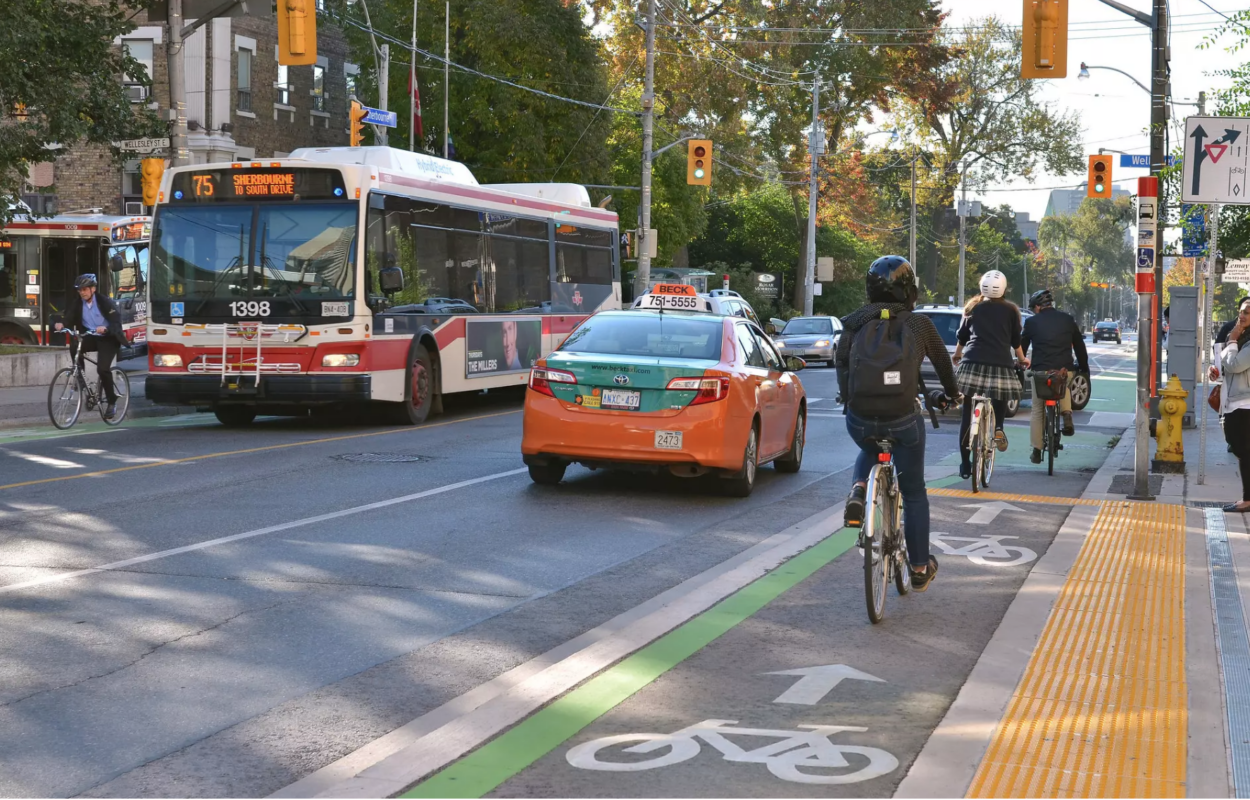 Bikes are big in Toronto, and according to a recent study, they’re only getting bigger.

Raktim Mitra, associate professor at Ryerson’s School of Urban and Regional Planning, has just released a report whose findings indicate that not is cycling growing in Toronto, it’s doing so as a direct result of the city’s expanding cycling infrastructure.

“The study results indicate there are 2.26 times higher odds of increased bicycling on streets with a new on-street cycling facility compared to locations without one,”says the press release that accompanied the report yesterday, “and that regular cyclists were 2.28 times more likely to bicycle almost every day for commuting following the addition of a local cycling facility.”

The study, conducted with Dr. Paul Hess at the University of Toronto and The Centre for Active Transportation (TCAT), found that neighbourhoods with more bicycle lanes, cycle tracks and bikeways have more than double the number of cyclists on streets than neighbourhoods that don’t.