“We can create a direct line between active transportation and our health.” 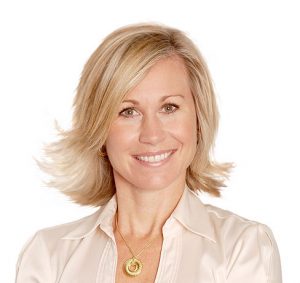 Since taking her post as Chief Planner of Toronto in 2012, Jennifer has championed mid-rise densification, livability and walkable urban neighbourhoods. Arguably Toronto’s most vocal city planner, she has talked, tweeted and toured the city to raise the profile of urban issues, engaged residents in building their city and promoted the benefits of complete communities.

How better to engage people on the benefits of prioritizing pedestrians than to remind them of the simple, yet powerful, walk to school? With her TEDx talk titled “Walk to School” and numerous speaking engagements on the subject, Jennifer leads by example. Her story shows parents how she worked alongside her daughter to tackle the fear, planning and responsibility that encompasses our collective trepidation in encouraging children to walk to school. In doing so, she clearly demonstrates the value of this fundamental form of transportation and encourages families to bring this dialogue into their homes to the benefit of their children’s health, sense of responsibility and their connection to community.

Alongside her speaking engagements, Jennifer led the planning department in the 2013 Toronto Student Active Transportation Summit as part of the innovative Feeling Congested public consultation. This event convened students, parents, teachers and community partners in a collaborative effort to re-imagine and improve student active transportation.

At the city level, a perfect example of Jennifer’s vision for Toronto lies in the award winning Eglinton Connects Study released by the planning department in 2013. This study and environmental assessment saw opportunity in the upcoming Metrolinx Crosstown Light Rail Transit line as a means to create a vibrant future for Eglinton in part by making it a complete street with infrastructure to support active transportation along the planned transit corridor. The behind-the-scenes story of building champions for Eglinton Connects will be told during the closing plenary of TCAT’s Complete Streets Forum on Oct 6, 2014.

The need for new taxes to fund transportation initiatives is something Jennifer Keesmaat recognizes and, in her trademark style, is vocal about on twitter, talking about having to “pony up” to make transportation improvements a reality. For her pragmatic vision and commitment to livable cities, we are proud to highlight Jennifer and her work to improve active transportation in the City of Toronto through It’s Your Move.