“It’s time to make a strong commitment to cycling infrastructure. A safe cycling system benefits everyone, including drivers and transit riders.” 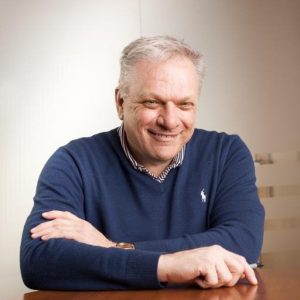 A family physician in Stoney Creek, Ontario and the former President of the Ontario Medical Association (OMA), Dr. Scott Wooder recognizes the importance of physical activity as an integrated part of daily life and its role in preserving health and well-being. Ontario’s doctors want to ensure that bicycle infrastructure is not forgotten as governments jostle over transit funding. Bicycle and pedestrian investments are an important part of our transportation infrastructure. Governments, particularly in the Greater Toronto and Hamilton Area (GTHA), must see them as an essential part of the solution to traffic congestion that affects all residents. As a part of its effect on congestion, increased active transportation will bolster the health of residents at a crucial time when chronic illness is on the rise. It will improve air quality and produce significant saving to our healthcare system.

In light of the clear evidence on the health benefits of active transportation, the OMA has been working hard to help make Ontario safe for walking and cycling. In 2011, they released a report entitled “Enhancing Cycling Safety in Ontario,” and called upon provincial and municipal governments to do more to make roads safe for those who cycle. The OMA has also worked directly with the Ontario Ministry of Transportation on the development of their cycling strategy: CycleON.

We must work together as residents of the region to call for secured and dedicated funding for walking and cycling infrastructure. It’s your health, it`s your commute and It’s Your Move.