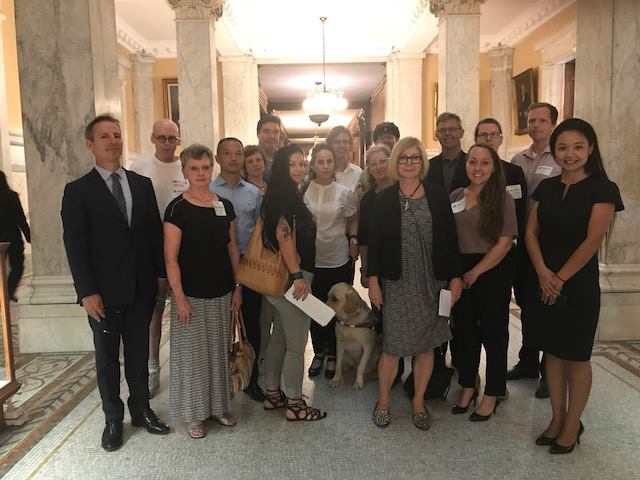 Today, the MPP for Parkdale-High Park, Cheri DiNovo, announced a new private member’s bill that would add substantially to the consequences faced by people who kill vulnerable road users while driving. TCAT’s Director, Nancy Smith Lea, was present at the announcement as part of the Coalition for Vulnerable Road User Laws.

The new legislation would apply to all driving offences under the Highway Traffic Act, if they result in the death or serious injury of a vulnerable road user, which includes people on bikes, on foot, and in wheelchairs, as well as emergency responders and construction workers in the roadway. New consequences for the person driving would include community service, license suspension, and driver re-education. They would also be required to appear in court for the sentencing and to hear victim impact statements.

Currently, in situations where someone driving a motor vehicle kills a vulnerable road user, the person faces only a minor fine of a few hundred dollars and a couple of demerit points. Very rarely are they charged with careless driving, which carries more significant penalties.

According to Patrick Brown, a lawyer and safety advocate, this proposed legislation would be the most comprehensive vulnerable road user law in North America.

Other organizations who attended the announcement in support of the bill include Walk Toronto, Cycle Toronto, Kids at Play, Bikelaw Canada, Advocacy for the Respect for Cyclists, Hoof & Cycle, Toronto Bicycling Network, Citizens for Safe Cycling, Citizens Environment Alliance, and United Senior Citizens of Ontario Inc.