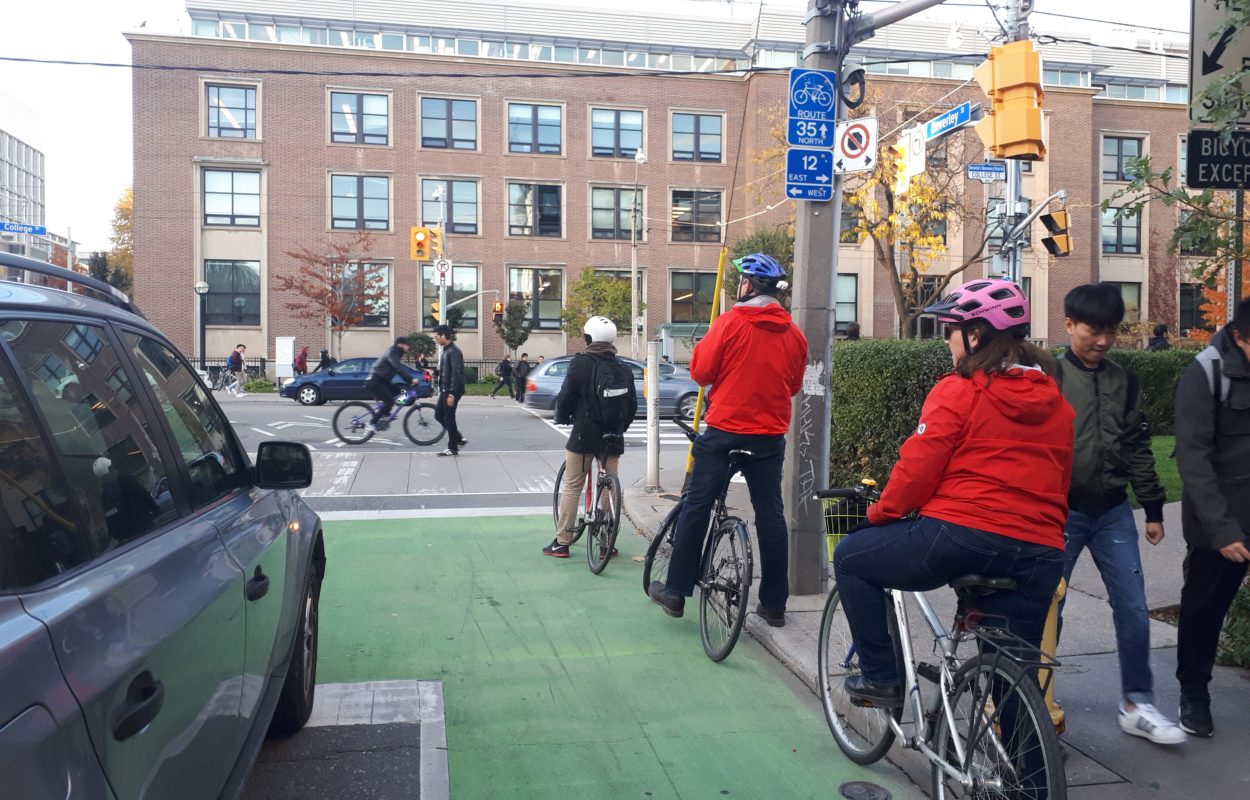 A number of recent media reports have highlighted the lack of training for Uber and other rideshare drivers in Toronto. Friends and family members of Nick Cameron, who was killed earlier this year in a collision while riding in an Uber, are calling on the City to re-instate driver training for for-hire drivers. Two years ago, in an effort to level the playing field, the City removed regulations requiring a 17-day training course for taxi drivers, rather than requiring the same level of training for rideshare drivers.

The issue is older than Uber, however, and further-reaching. Back in 2011 and 2012, the Medical Officer of Health and the Chief Coroner both recommended more education for motorists to prevent further cyclist and pedestrian deaths. In January of this year, TCAT conducted a feasibility study that looked at offering a bicycle friendly driver training course in Toronto. We spoke to organizations with similar programs in Ottawa, San Francisco and Fort Collins, Colorado. They reported significant buy-in from ride-share companies, delivery services, and even breweries. They also said that the city must take the lead, by requiring training for the drivers they license (taxis and rideshare), and for their own fleet of drivers. Here, Cycle Toronto offers bicycle-awareness driver training through the SmartCommute program, and is approached by industry leaders interested in this topic.

New York City is a good example of a city taking driver training seriously. They were one of the first cities in North America to adopt Vision Zero, an approach to street design and road safety which sees no loss of life as acceptable, and they have applied this lens to driver training. In 2017, over 35,000 for-hire vehicle drivers (taxis as well as rideshare) received Vision Zero Education, as did over 6,000 transit operators. The City went even further, though, and required additional training for a wide variety of city employees who drive as part of their job. In all, another 11,000 City fleet drivers were trained, including employees from the City’s Housing Authority and District Attorney’s office. The City’s Four Year Vision Zero Report states that they are working to change “the current motorist culture that too often ignores drivers’ role in creating dangerous conditions for motorists, pedestrians, and bicyclists.” While street design, technology and enforcement are also key elements of their Vision Zero plan, targeted training for those who drive as part of their job reinforces the message that dangerous driving is not acceptable.

The Safe Way Ahead

In our feasibility study on bicycle friendly driver training, we recommended the following next steps for Toronto:

Let’s change the culture in Toronto and make safe driving the norm. There’s much that can be done!