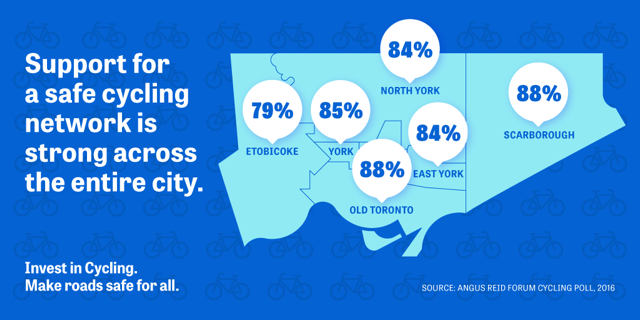 The poll, commissioned by Evergreen in partnership with Cycle Toronto, The Centre for Active Transportation, and the Metcalf Foundation, shows that Torontonians from across the city strongly support a safe cycling network and they want it built as soon as possible.

Torontonians want the network built as soon as possible, supporting an accelerated investment to get the job completed in less than 9 years.

A summary of poll results can be accessed here.