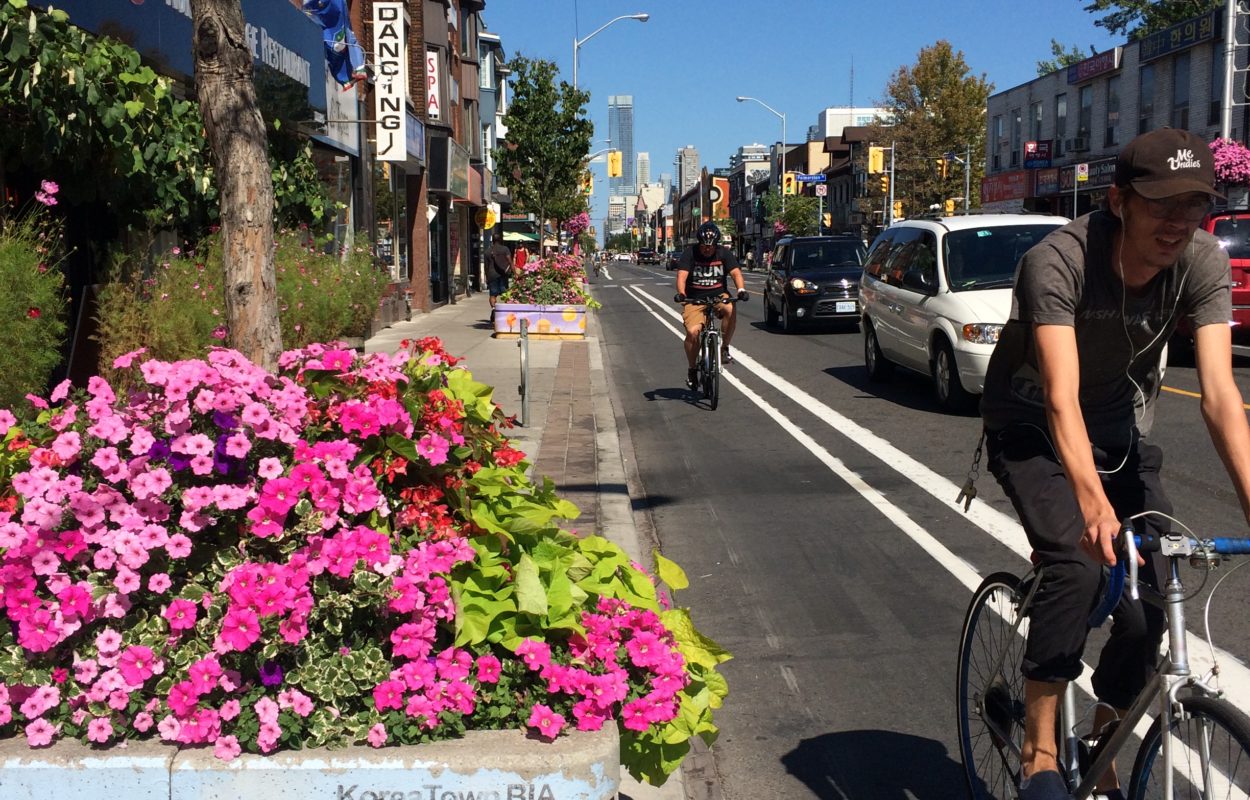 Yesterday, the City of Toronto’s Public Works and Infrastructure Committee (PWIC) voted 4-2 in favour of keeping the Bloor bike lanes and improving them. The Committee heard from nearly 60 organizations and individuals, including local residents and business associations, and had the opportunity to ask questions of City staff. While safety figured heavily in many of the deputations, particularly as just that morning a cyclist had been killed on a Toronto’s street, the Committee was also keenly interested in the economic impact, including findings from TCAT’s recent report, Economic Impact Study of Bike Lanes in Toronto’s Bloor Annex and Korea Town Neighbourhoods.

On the safety side, a study of near misses done by the City found a substantial decrease in the overall number of conflicts. Motorized vehicle conflicts, including with people on foot and on bicycle, all decreased by between 55 and 71%, and the majority of road users reported feeling safer and more comfortable on Bloor after the bike lane’s installation. Councillors raised concerns, however, over an increase in conflicts between people on foot and people on bicycles.

In its report, TCAT found similar findings. Among people who arrived to Bloor Street by bike, feelings of safety rose from 9% to 77%, and there was an increase in the number of merchants who perceived the street as safe for cycling (13% to 27%). At the same time, the most common feedback received from visitors had to do with safety. Visitors offered many suggestions on how to improve the separation between bikes and cars, and between bikes and pedestrians.

Unlike the City’s safety study, TCAT’s report also gathered data on perceptions of safety at a control site, Danforth Avenue, where no bike lane was installed. Here, the percentage of visitors who felt safe cycling on the street dropped dramatically, from 22% to 10%. Given that no changes to the street were made, it appears that people’s understanding of what “safe” means is changing and that standards are now higher than in 2015.

The economic impact was also front and centre at the PWIC debate, due to the discrepancy between reports from a small group of local businesses that sales have gone down, and the bike lane evaluation’s findings that overall, business has gone up. TCAT’s study found an increase in the number of customers reported by merchants, an increase in the spending reported by visitors and an increase in the frequency of their visits. Vacancy rates also held stable. These findings were confirmed by data obtained by the City of Toronto from Moneris, a point-of-sale payment processing company, which found that customer spending has increased by 4.45% in the pilot area. The evidence is clear that the overall trend is upwards.

The Committee voted in favour of amendments that would see City staff continue to work with local businesses to address their concerns, as well as pursue measures that would improve safety (adding green paint, bike boxes, greater separation, etc).  The Committee also voted to have City staff count bicycles on Bloor year-round.

The recommendation of this Committee now goes to City Council, to be considered on November 7, 2017.