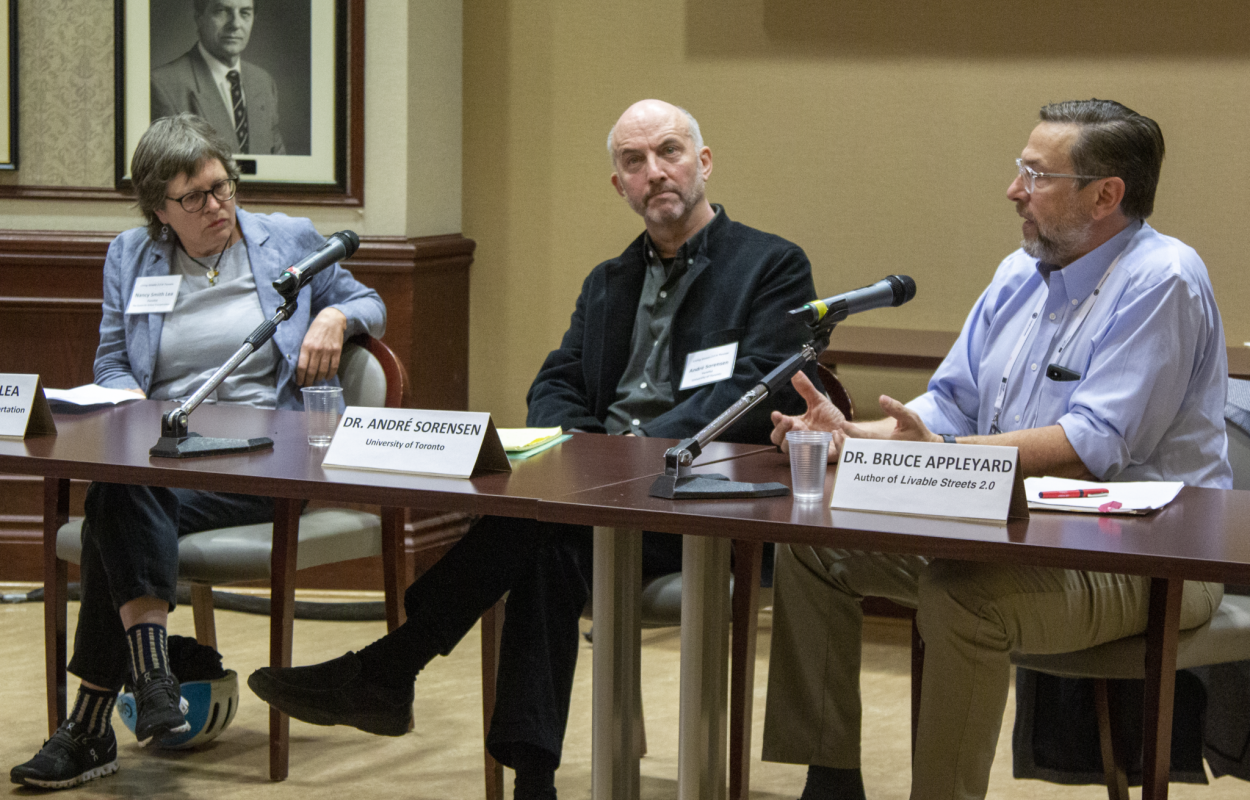 The book “Livable Streets 2.0” (2020) by Bruce and Donald Appleyard builds on Bruce’s father Donald Appleyard’s book “Livable Streets” (1981), updating the topic with the latest research, new case studies, and best human-centered practices for creating more livable streets for all. Nancy Smith Lea added Toronto context to the conversation, focusing on the role of advocacy, the divides of the city, how decisions are made, and TCAT’s goals.

One divide in Toronto is the safety of those in cars compared to those walking and cycling, said Smith Lea. “It’s getting more unsafe for people who are walking and cycling,” she stated. Another divide is between the numbers of urban and suburban cyclists. “Cycling in Toronto’s downtown is on the rise. But in the inner suburbs, cycling rates are lower today than they were in 1996,” said Smith Lea.