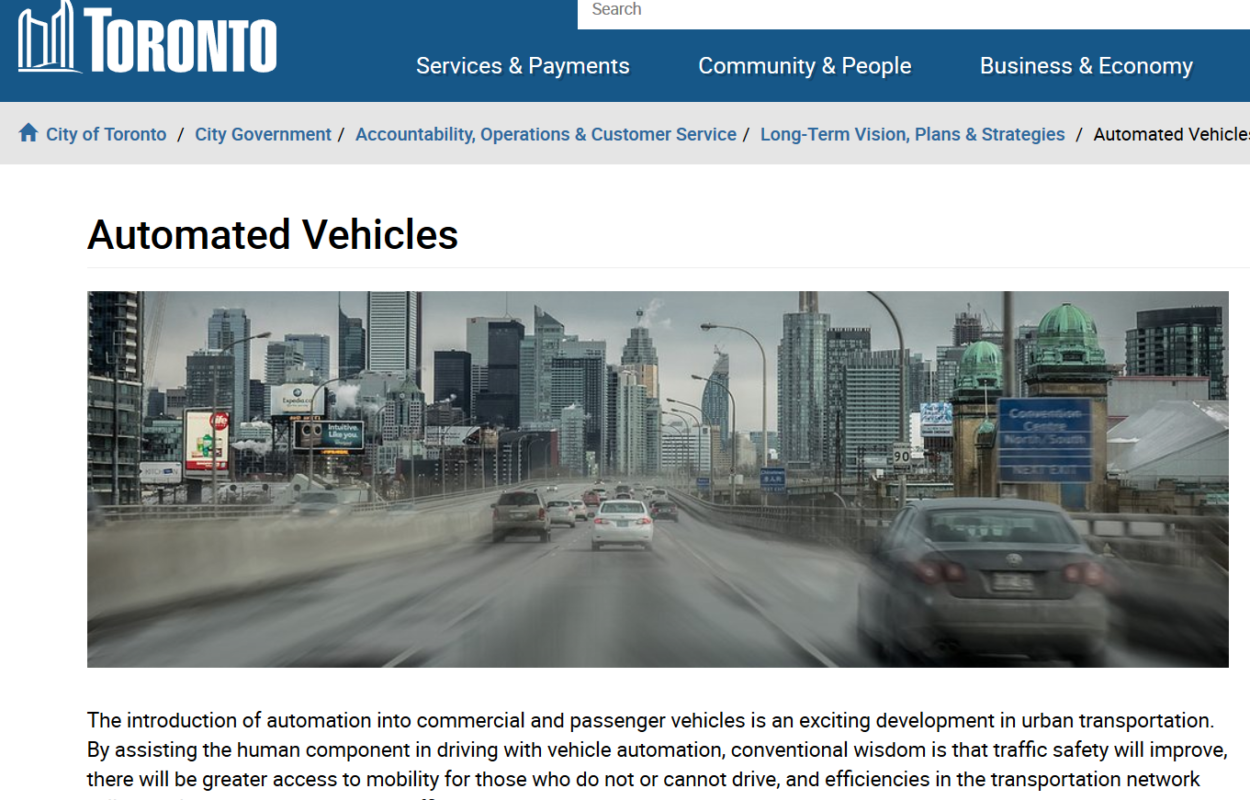 Imagine a future where cars no longer have drivers, rides are only requested through a kiosk or mobile app, and trips are priced by vehicle kilometer travelled. How will driverless cars affect pedestrians? What are the implications of this technology on urban streets? On March 2nd, City of Toronto held a workshop to solicit  feedback on their draft Tactical Plan for Automated Vehicles 2019-2021, created with the collaborative effort of 22 city divisions and departments.

There were roughly 20 participants at the session attended by two TCAT representatives, Desiree Liu and Asher Mercer, including representatives from the Ministry of Transportation, university researchers, other non-profit interest groups and various city staff from different departments. In addition to providing feedback on the City’s draft tactical plan, participants worked together to flesh out the future of urban transportation by imagining how everyday activities like commuting, grocery shopping, going out with friends, or traveling out of the city  for the weekend could be different when Automated Vehicles are ubiquitous.

The discussions revealed that there are still many unanswered questions about AV technology, but there are some potential implications that we can anticipate. AVs can improve pedestrian safety by removing human error in driving and become more space efficient as they can travel closely together. While much is still uncertain at this stage, City staff from the AV Working Group are trying to be proactive in preparing for the introduction of AVs on public roads. Some of the important issues that were highlighted were the potential that AVs will compete with modes of public transportation and active transportation and induce more urban sprawl. Although issues around street design such as curb management and the interaction between AVs and pedestrians and cyclists were highlighted, they were not identified as the top priority by the participants in this workshop.

More information about the City’s AV tactical plan, and  more upcoming workshop opportunities, can be found on the City of Toronto website.