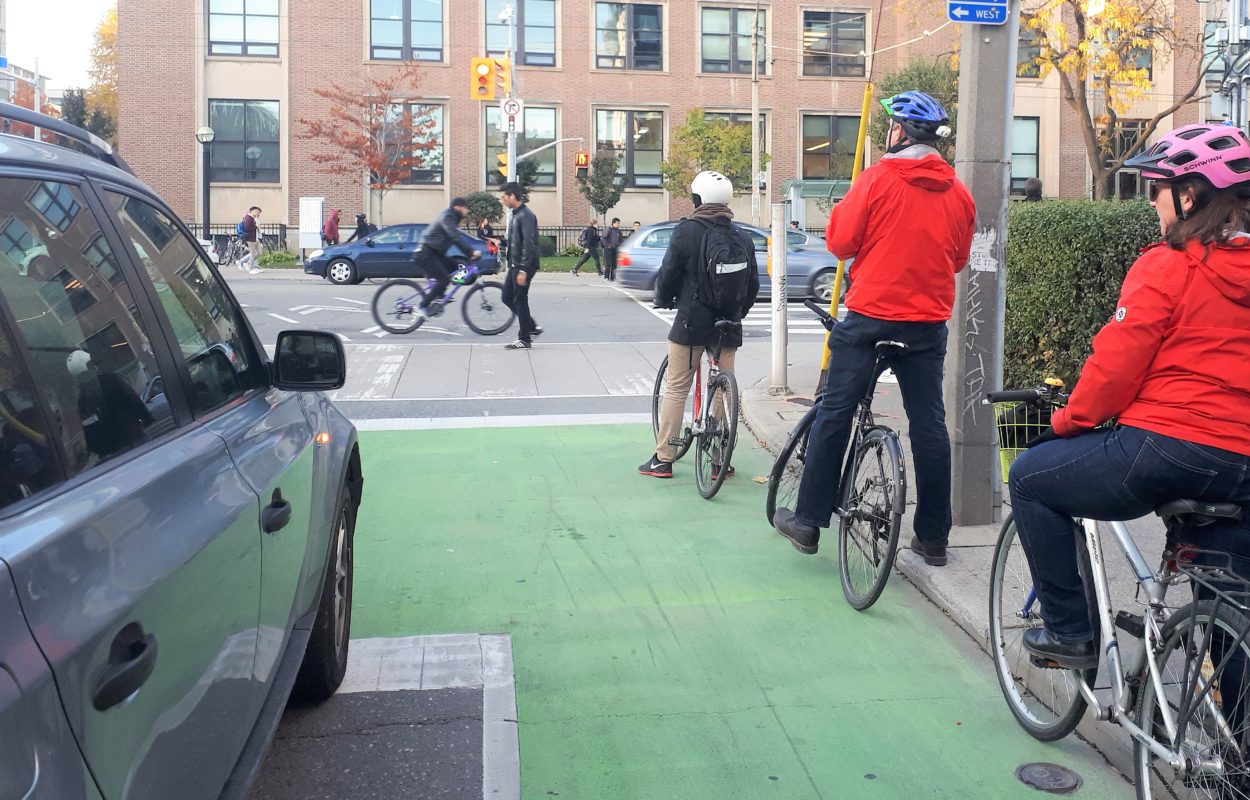 Can we have safer streets by just being nicer to one another? RSA, a Canadian insurance company, launched their TruceTO campaign in June, which calls for Torontonians to make their streets a little more harmonious by adding a greater dose of empathy. TCAT’s Nancy Smith Lea and Councillor Kristyn Wong Tam were invited to give their reactions to this campaign and Toronto’s approach to road safety, in a podcast, released today. As Nancy points out, there are a number of critical issues in the way we talk about road safety today in Toronto.

“I clearly see scary behavior on the streets but I don’t know what the cause is. I don’t know if it’s a lack of empathy. What I do know is that we have streets that are facilitating really unsafe speed that is killing cyclists and pedestrians. If we can get that speed down, and the best way to do that is through design change, then at least when those collisions happen people won’t die as a result.” – Nancy Smith Lea

One issue is around language. Using words like “truce” and “war on cars” reinforces rigid road user roles. At TCAT we have made a concerted effort to stay away from that kind of language and instead recognize that there is fluidity between the types of transportation people use on a daily basis.

A second issue is related to false equivalence. Safety campaigns are flawed if they do not address the inherent danger of cars, or target people driving cars as needing to accept the lion’s share of responsibility due to the inherent risk they are imposing on others by their chosen mode of transportation. Messaging that implies that all road users share equal responsibility is not only legally inaccurate (see HTA 193(1) re. onus of disproving negligence) but comes across as victim blaming as virtually all traffic fatalities are due to the involvement of a motor vehicle.

Third, there is an ongoing reliance on changing behaviour, rather than improving design. Education campaigns will never reach everyone and invariably people still make mistakes, which can result in serious injury or death.

Vision Zero is a new approach to road safety that has the simple yet moral imperative that no loss of life on public roads is acceptable, and that it’s up to the road designers to ensure that they are building forgiving streets that reduce the potential for deadly conflicts to occur. In 2016, the City of Toronto adopted a Vision Zero Road Safety plan, but it’s not being implemented fast enough.

To address the growing concern about road safety in Toronto, TCAT, as part of a coalition of community leaders, released an all-candidate survey in June 2018 to gauge support for #BuildTheVisionTO: Safe and Active Streets for All, a set of 15 municipal election priorities to improve road safety, increase physical activity, and build safe and active streets for all. The survey results will provide Torontonians with a tool to evaluate councillor and mayoral candidates on their commitment to making road safety, and protecting the lives of vulnerable road users, a priority.