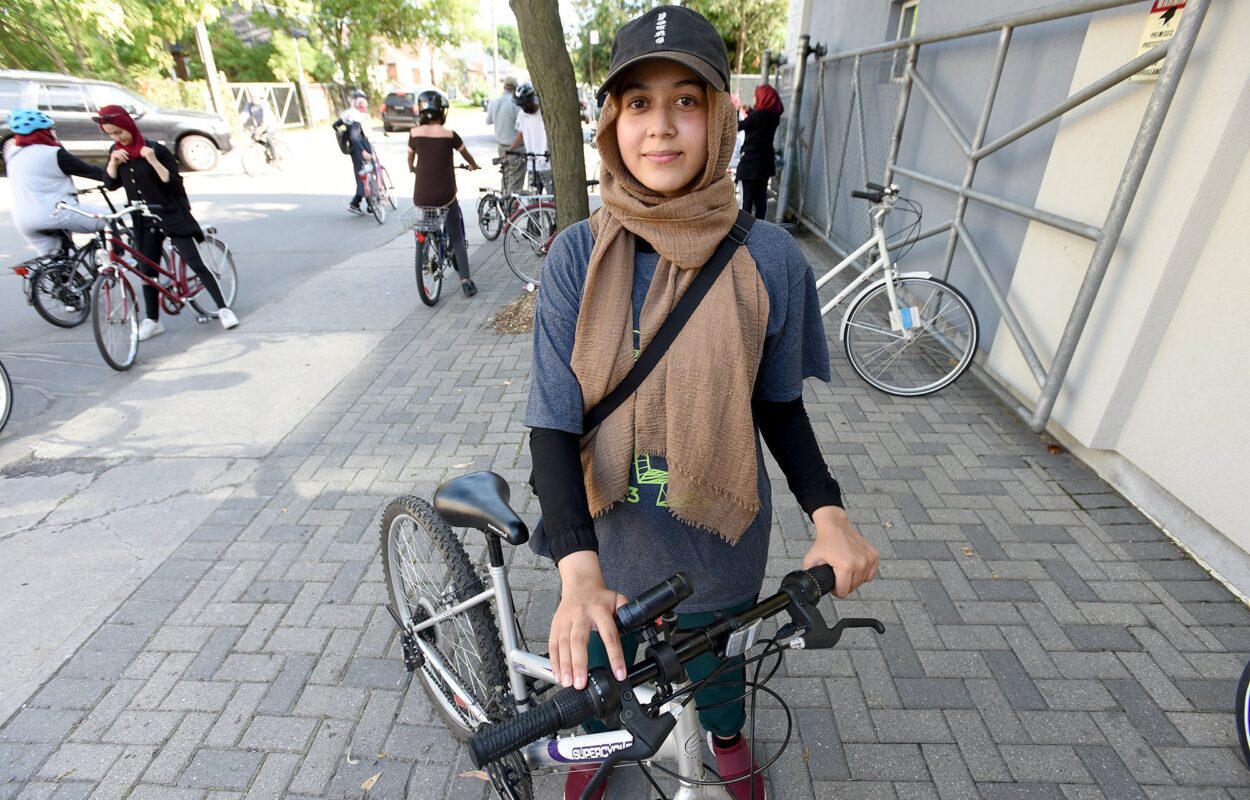 Scarborough Cycles, which also repairs bikes at the Danforth Avenue community hub, has worked with newcomer communities in trying to get people cycling in parts of Toronto with few bike shops or on-street bike lanes.

In 2019, Toronto’s Centre for Active Transportation reported 46 per cent of women in Scarborough didn’t have a driver’s license.

“None of them have cars. They get around by public transit, or they walk,” he said, adding, “Some said, ‘I’ve always wanted to ride,’ and though they weren’t allowed to cycle “back home,” they saw Toronto women do it.