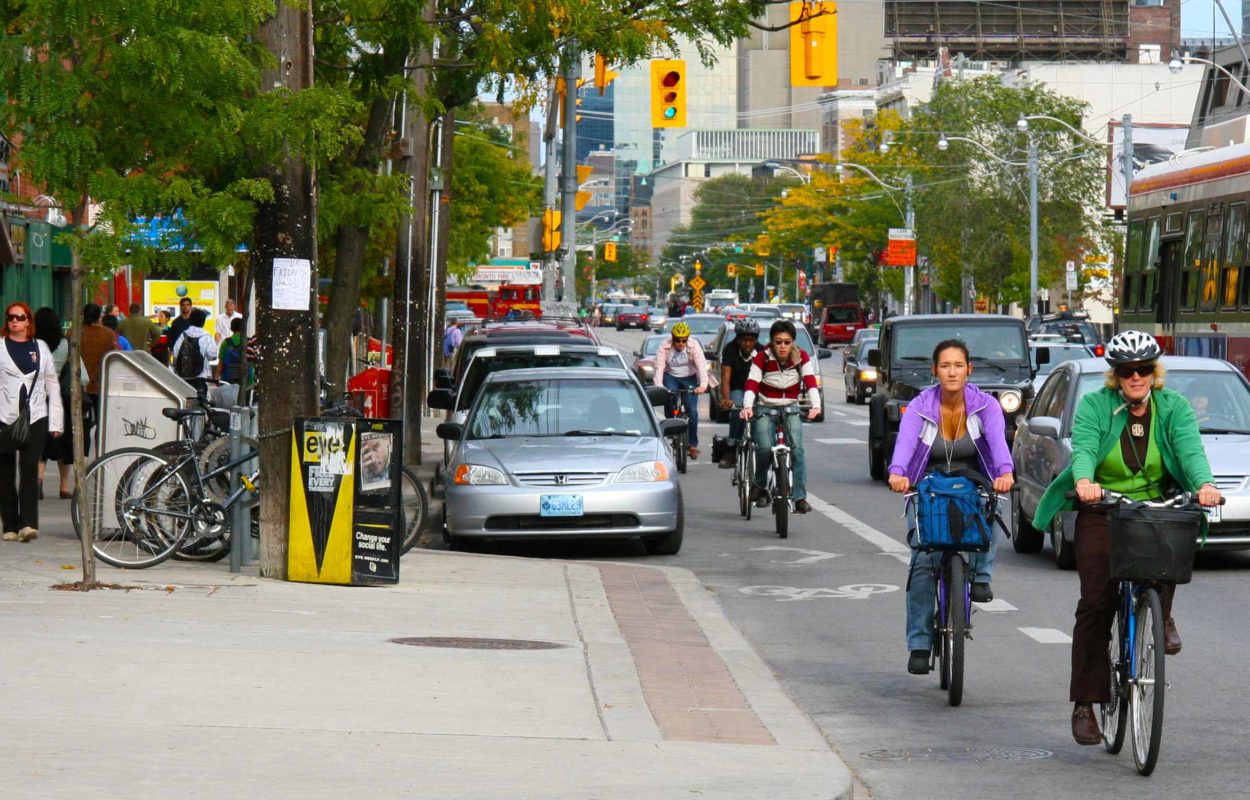 Albert Koehl’s Dandyhorse article features highlights from the recent panel discussion about the History and Future of Bike Lanes on Bloor.

“Although opposition from merchants is dropping — only 41% oppose the bike lane while 53% are in favour (6% are neutral) — the issue usually gets as much attention as complaints about car travel times. The decline in merchant opposition is likely the result of a number of studies by TCAT beginning in 2009. Smith Lea, TCAT director, recalled that she was initially “shocked” at the numbers from their Bloor-Annex parking study: a mere 10% of shoppers arrive by car.”