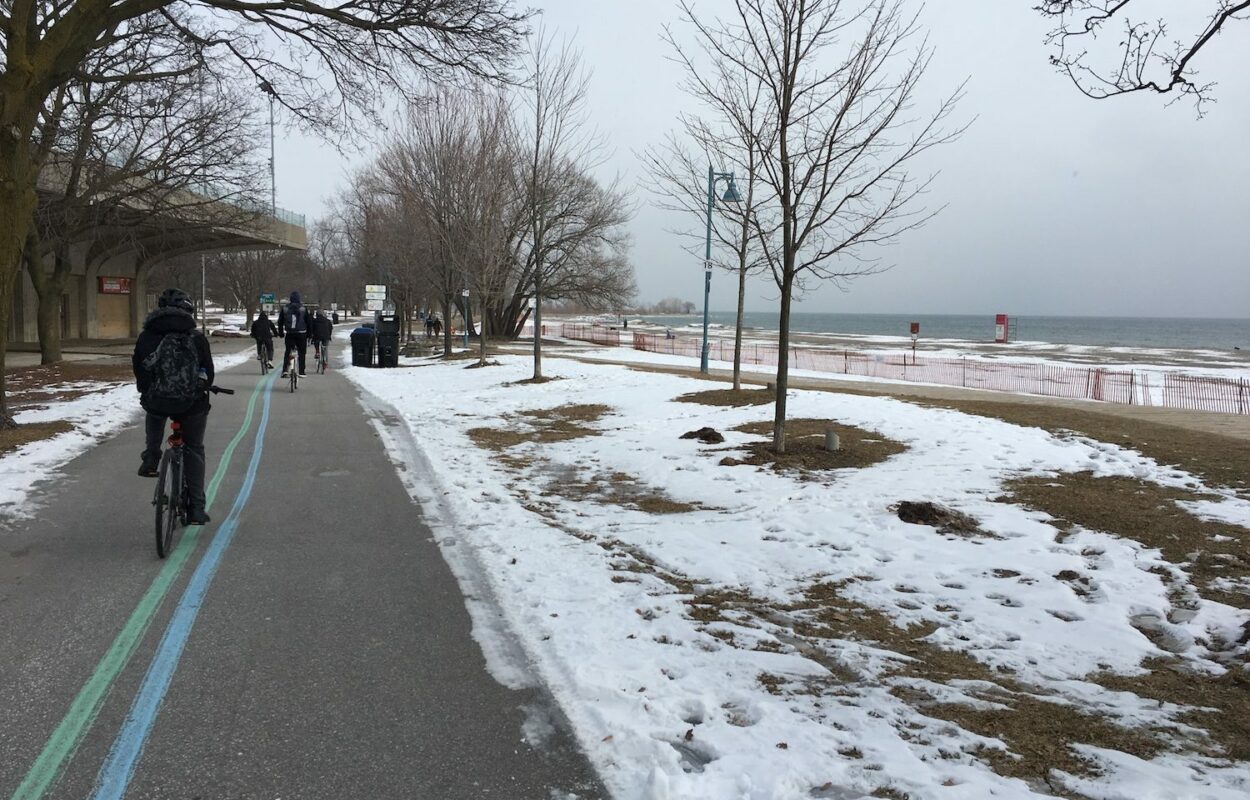 Bike lanes may be a political hot potato in this city, but a new report suggests cycling infrastructure in Scarborough could added without outraging drivers and that there is grassroots support for two-wheeled travel —challenging the idea that cars will always rule the ‘burbs.

Scarborough neighbourhoods range from 1950’s post-war bungalows to the sprawling subdivisions built in the 70’s amd riddled with cul-de-sacs. Both led to road designs that favour the automobile.

But a report released by The Centre for Active Transportation at Clean Air Partnership called Building Bike Culture Beyond Downtown suggests that today not all Scarborough residents drive to where they need to go.

“There’s this idea that everybody drives and that everybody has a car. And we found that that’s really clearly not the case,” said Nancy Smith Lea, Director of the Centre for Active Transportation. The report also found there were many households that didn’t have a motor vehicle at all.

The report indicates that while Scarborough has low public transit service levels compared to downtown Toronto, 32 per cent of residents rely on it as their main mode of transportation.

Smith Lea says cycling should be a low-cost option for many people without cars, but the lack of infrastructure, knowledge of such skills as bicycle maintenance or motivation may be holding them back.