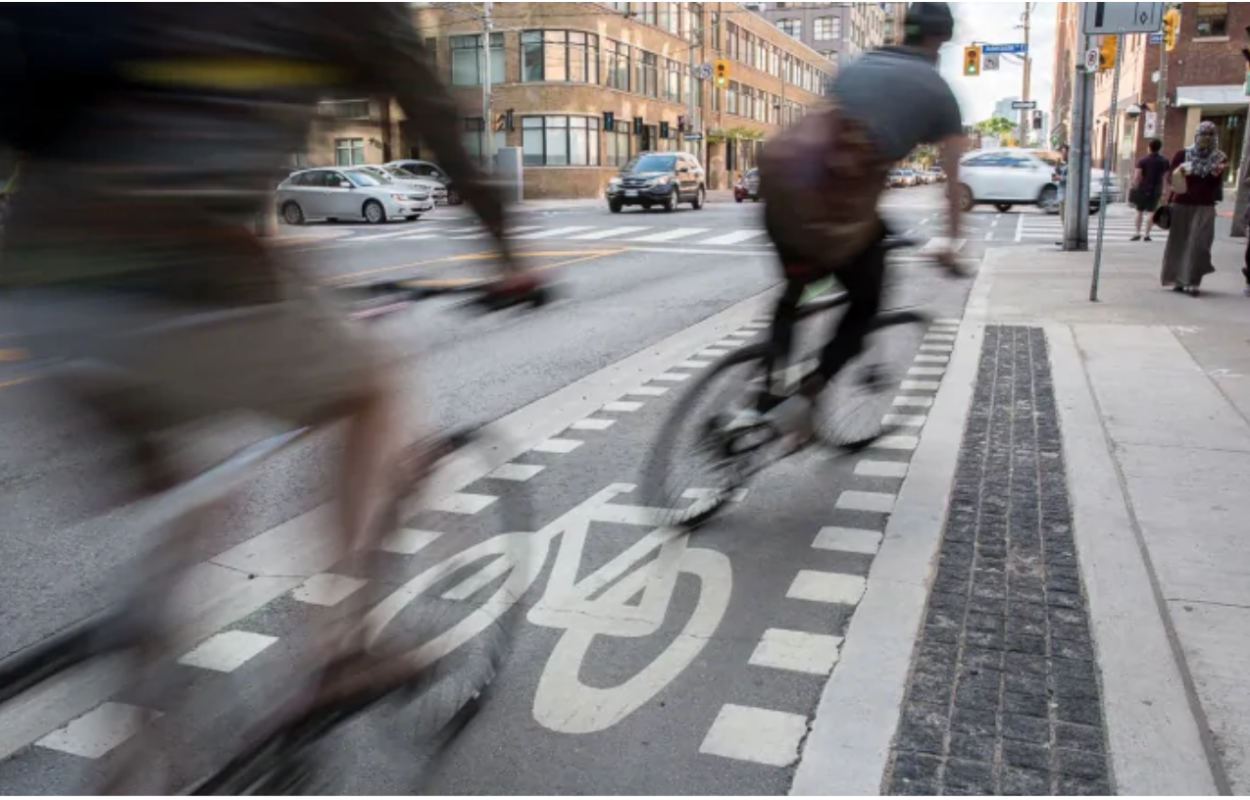 “Leading mayoral candidates John Tory and Jennifer Keesmaat are both pledging support for a variety of road safety measures, including the possibility of reduced speed limits, according to new election survey results provided exclusively to CBC Toronto.

There is also a high level support for building safer streets among candidates for council, though many incumbents outside the city’s core never responded to The Centre for Active Transportation’s #BuildTheVisionTO survey — despite running in suburban communities with some of the city’s highest pedestrian death rates.

“This is not just a downtown issue,” said Nancy Smith Lea of The Centre for Active Transportation (TCAT) on Wednesday.

It called on candidates to support a variety of recommendations for achieving Vision Zero, an international initiative embraced by Toronto’s council as a way to reduce the number of road deaths to zero, including streamlining the city’s traffic calming process and reducing speed limits.”