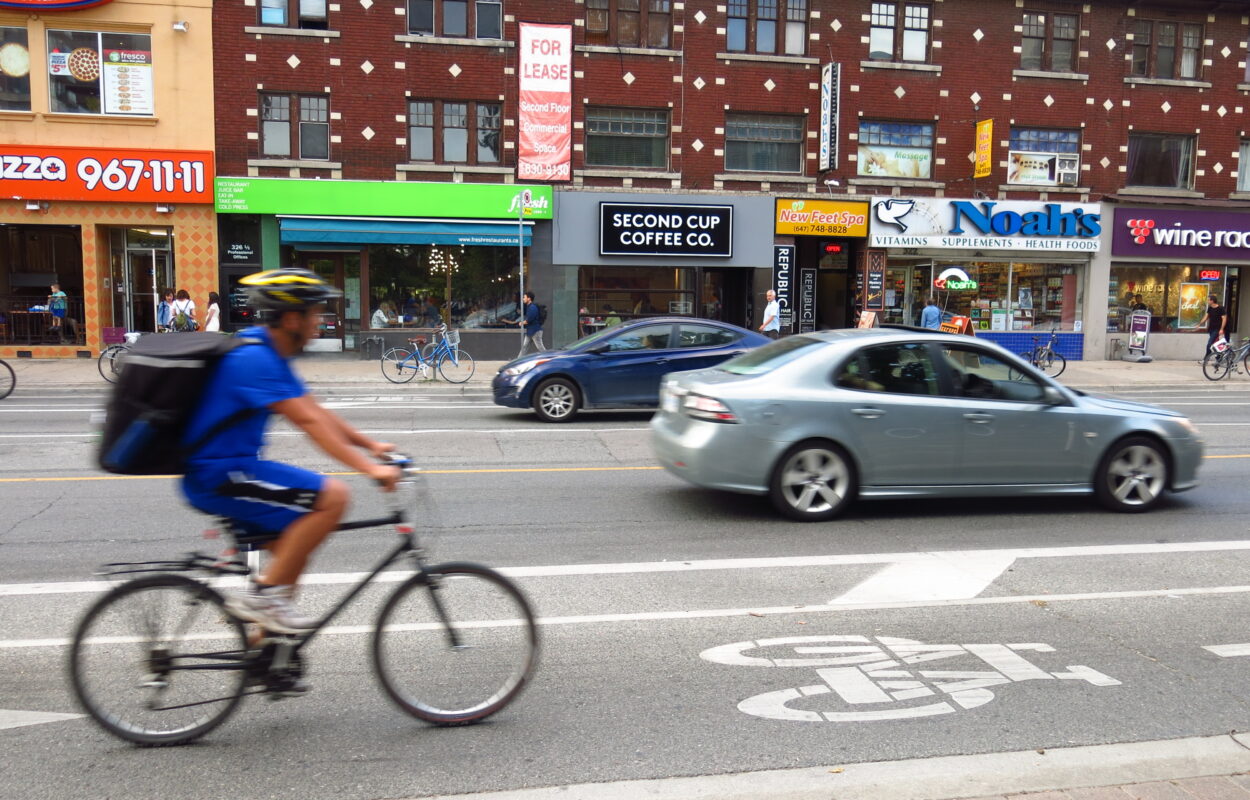 In September 2019, TCAT’s research into the economic impact of Toronto’s bike lane pilot project on Bloor Street was published in the peer-reviewed Journal of the American Planning Association (JAPA).

Since the publication of this article, our research has gained some serious attention. From places as far afield as Germany, to business owners as close to home as Bloor West, people are excited to learn about the positive economic impacts of the Bloor Street bike lanes. In fact, according to the Almetric attention score for the article, it is the highest scoring article from this journal, and in the top 5% of all research outputs scored by Almetric. Compared to outputs of the same age, our article’s attention score is performing in the 99th percentile. Nearly 6,000 people have read the article, and over 600 people have shared it on Twitter. Our article has also been featured on Medium’s Sidewalk Talk, Treehugger, the Canadian Cycling Magazine, and Toronto.com.

In conducting this study, the authors set out to create a piece of research that would be useful to planners and stakeholders addressing these issues and are pleased to see this impact.