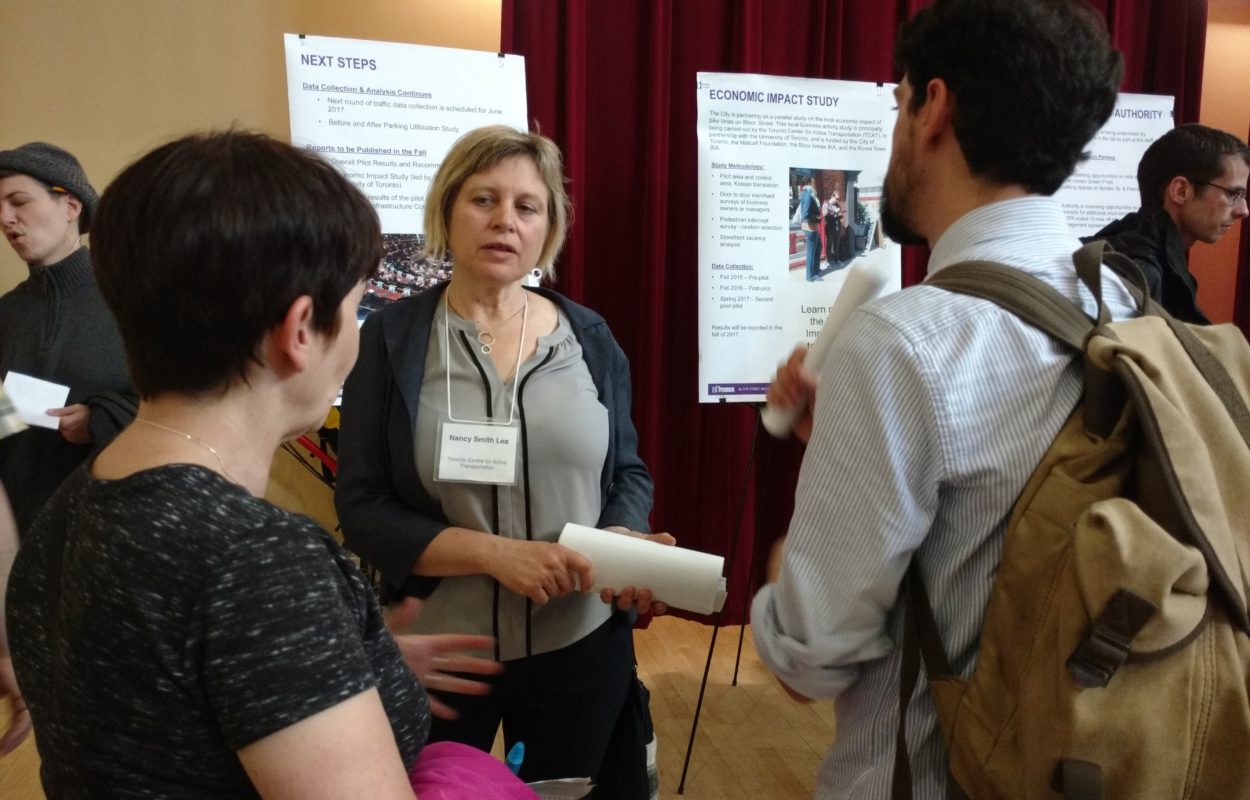 The third open house for the Bloor St Bike Lanes was held on June 5, 2017, and TCAT Director Nancy Smith Lea participated and answered questions about our economic impact study. The event was well-attended by neighbours, cyclists, and the media. City of Toronto staff were on hand to answer questions about the pilot project, as were Councillors Joe Cressy and Mike Layton, councillors of the wards through which the bike lane runs.

A map of Bloor St was laid out across tables in the middle of the room and residents could leave feedback by writing on sticky notes and placing them on the map. Posters were set up around the perimeter of the room and provided information about the project, including data collected to date, such as a preliminary traffic analysis and survey feedback.

TCAT  also had on hand its FAQ related to the economic impact study, answering questions such as, what is the study’s methodology, who are the partners, and how is it looking at economic impact.