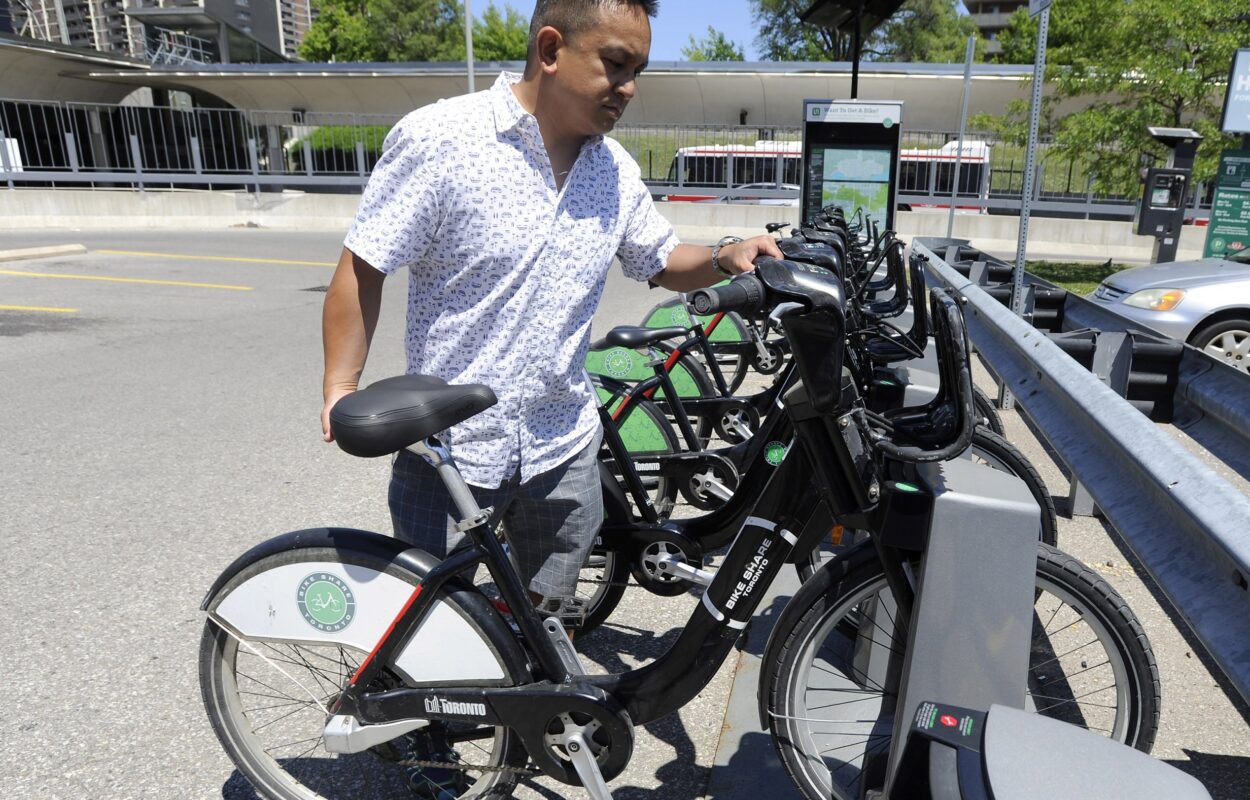 Yvonne Verlinden, project manager for The Centre for Active Transportation, agrees with Harris that if Bike Share was in the suburbs people would use it, but not by people of all ages and all abilities. For that to happen, the city would have to build infrastructure such as cycling lanes, which is currently limited in the suburbs.

The other problem of building Bike Share only where its usage is high, so that it can essentially pay for itself, is that it creates an equitability problem, she said.

“What that leads to is a system that we have now, the downtown core – where there are lots of people, where there is lots of use – gets a Bike Share system, but the rest of the city doesn’t. If you start looking at that from an equity perspective, we have more bike infrastructure, including bike lanes and Bike Share, in wealthier, whiter neighbourhoods, as opposed to the inner suburbs.”

She said there are approximately 500,000 daily trips taken in Scarborough that are 5 km or shorter – a distance that can easily be cycled.

That’s why TCAT created a bike hub in Scarborough five years ago, to encourage people to bike more and rely less on cars and transit – which is underfunded and overcrowded.

That hub, called Scarborough Cycles, is now operated by Access Alliance Multicultural Health and Community Services out of its Danforth and Victoria Park avenues location. Its co-ordinator, Marvin Macaraig, constantly hears from people – who currently ride a bike for recreation – that they’d like to cycle for transportation but there are no safe routes for them.

He said people would use Bike Share, but to get the most usage out of it, the city would have to budget for other things, including cycling infrastructure, host awareness campaigns such as community rides, and provide subsidized passes for low-income individuals.

“On the flip side, there’s no cyclists because there’s no infrastructure,” he said.

“What do you do? Our approach is you try to get both at the same time. You try to get everything that you can to support more cycling and you get more infrastructure as you go.”

He said because the Eglinton Crosstown LRT is set to open in a few years in Scarborough, people will be looking to use Bike Share to complete the “last mile” of their journey, but you have to lay the groundwork now if you hope for success in the future, because it takes time to convert people.

Read full article: Would people use Bike Share Toronto in the suburbs?