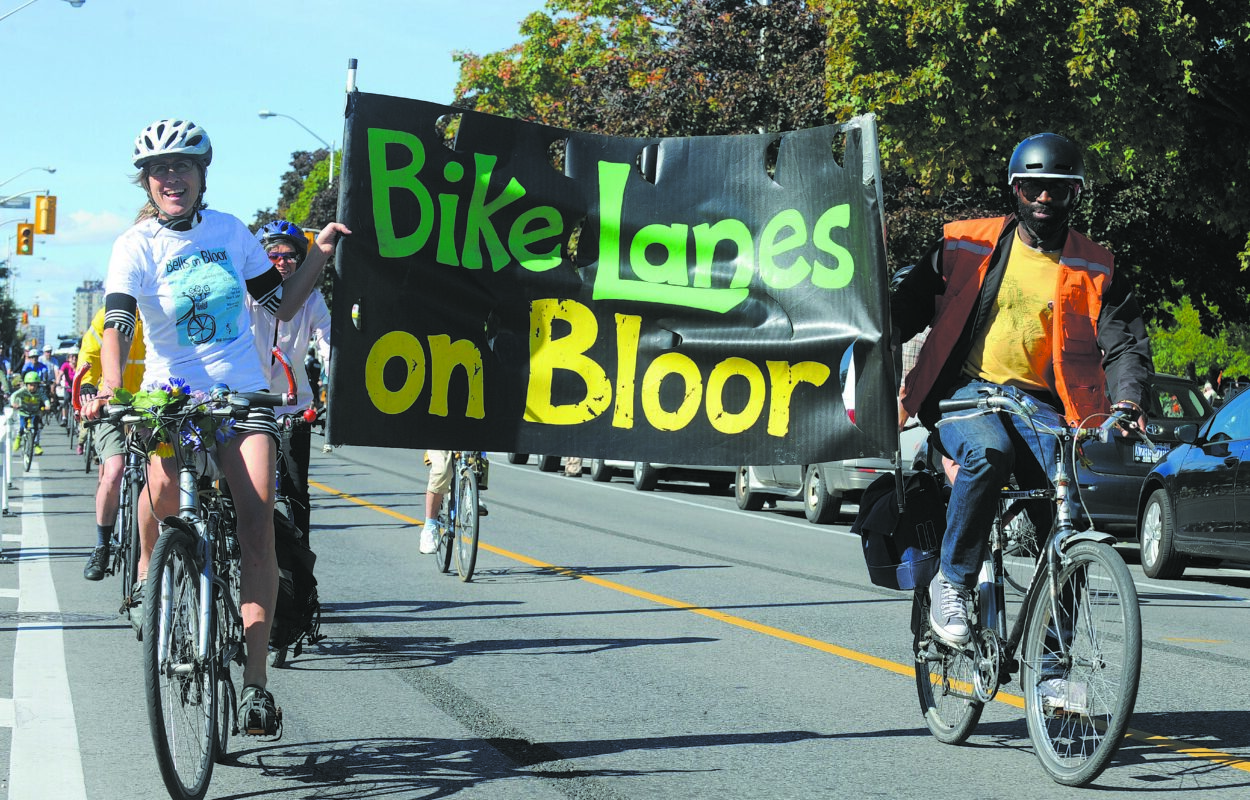 Since 2009, the Centre for Active Transportation (TCAT), which is dedicated to advancing safe and active streets, has studied the impact of bike lanes on business.

The organization’s director Nancy Smith Lea said overall they found bike lanes — at least on Bloor Street West — have been good for business, specifically when it comes to customer volume and the amount they spend. Research conducted by TCAT between 2015 and 2017 on businesses serving 100 or more customers per day saw a 16 per cent growth in business, while the number of visitors spending $100 or more per month grew by nine per cent. These increases occurred after about 160 on-street parking spots were removed, and one traffic lane was reduced on Bloor Street West from Avenue Road to Shaw Street.

As for the Danforth, Lea feels that the arterial roadway is “really an ideal spot” as it’s much wider than Bloor Street making it even easier to install bike lanes.

“It’s normal for people to be a bit nervous about change, but I think definitely we’ve been able to show this change can be quite beneficial for business,” she said.