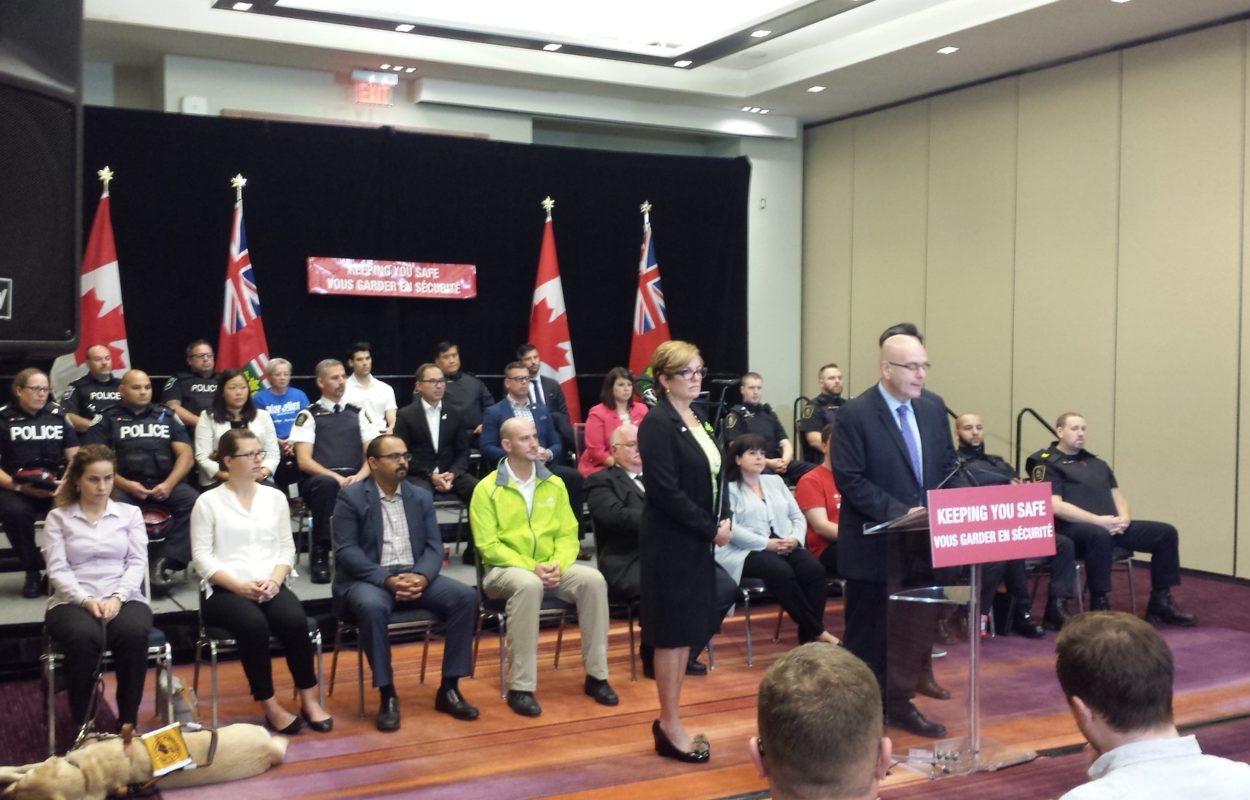 An announcement yesterday by Transportation Minister Steven Del Duca is a step in the right direction to improve road safety, but more protection is needed for vulnerable road users.  The Minister announced new legislation which introduces harsher penalties for distracted driving and failure to yield for pedestrians, and a new category, “Careless Driving Causing Death or bodily harm”.  A person found guilty of this offence could face a fine of up to $50,000, two years in jail and a five year suspension of their license.

While a welcome change, an issue remains because the majority of people who kill people on foot and on bike with their vehicles are not charged with careless driving, but with lesser offences under the Highway Traffic Act, such as a failure to yield or turn properly.  The new legislation does not affect these offences, which often carry penalties of a few demerit points and a fine of up to $500.

Heather Sim, the daughter of Gary Sim who was killed this past summer while on his bicycle by someone in a car, spoke with CBC’s Metro Morning about the changes.  While supportive, she notes that the new legislation would have had no effect in the case of her father’s death, as the person driving the vehicle was charged with making a “turn not in safety,” and faces a penalty of 2 demerit points (less than driving alone in an HOV lane) and a fine of up to $500.