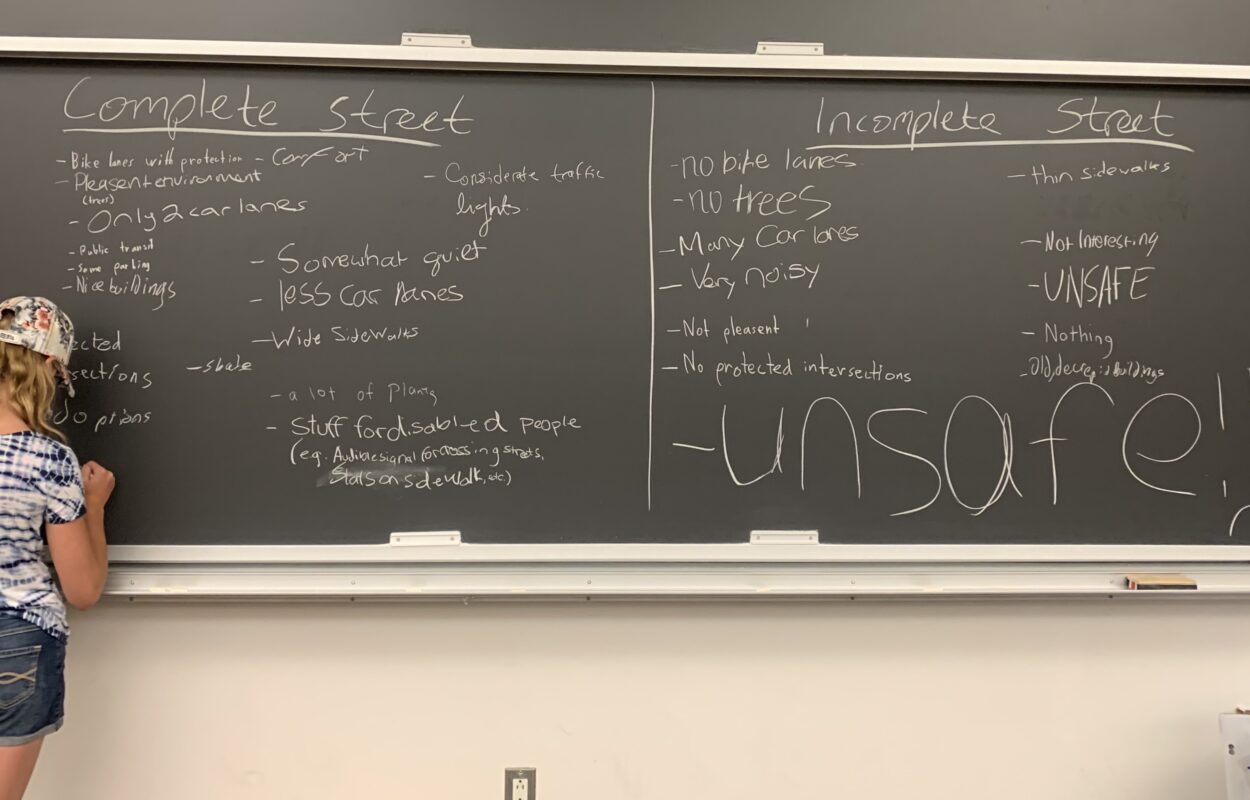 Too often the topic of Complete Streets becomes mired in political debate, bureaucratic delays, and budget cuts. It’s puzzling, given how popular of an idea it is and a reasonably straightforward concept to grasp, as demonstrated by school children at the Maximum City summer camp.

Last week TCAT Director Nancy Smith Lea and Complete Streets intern Ryan McClelland co-led a Complete Streets presentation and walk with campers. The route featured the history of change on four major streets around the campus: Bloor Street, St. George Street, Harbord Street, and Spadina Avenue. Each street has a rich tradition of citizen engagement that has resulted in dramatic change to make it safer. Of the four, only Spadina remains an incomplete street, with no reserved space for people on bikes. Despite Spadina’s flaws, the movement to stop the Spadina expressway in the 1960s, commemorated in plaques, is a remarkable citizen success story.

It was a blistering hot day but the students remained fully engaged and within an hour of first hearing the term, upon returning to the classroom they were able to accurately itemize most of the differences between complete and incomplete streets.