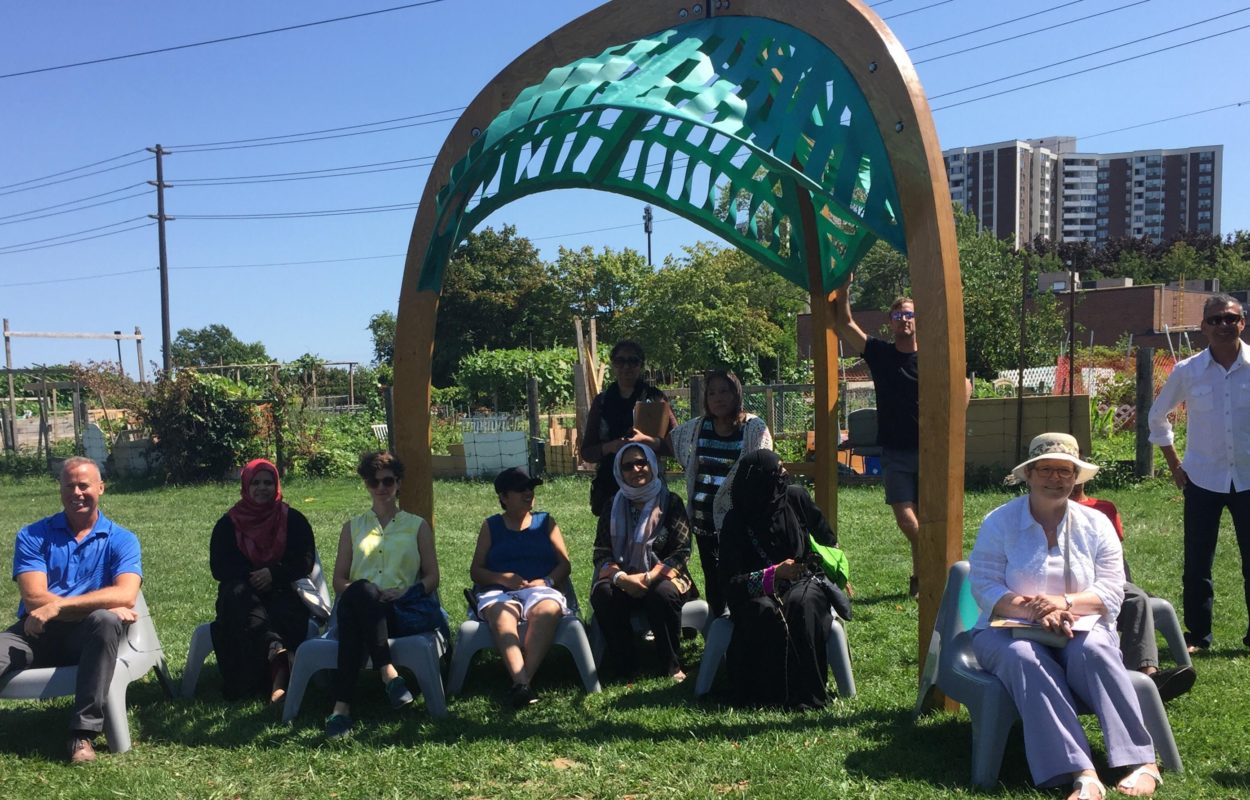 Since 2013, the Active Neighbourhoods Canada (ANC) project has been co-managed by Mikey Bennington and Car Martin. Throughout the life of this project, TCAT has had the opportunity to engage in participatory planning in four distinct communities in Ontario: The Donovan in Sudbury, County Rd 21/Highland St in Haliburton, Stewart St in Peterborough, and Thorncliffe & Flemingdon Park in Toronto. The core idea behind ANC is that, given the chance to participate meaningfully, people will design vibrant and healthy public spaces in their neighbourhoods with safer streets for cyclists and pedestrians. Over these four projects, TCAT engaged with 13 local partners and together held 39 events and activities, proposed 29 interventions and tested 3 temporary pop-ups.  The work has been showcased in 12 conferences and presentations, and has received two awards.  The ANC project wrapped-up in March 2017 and there is already evidence that the materials created and the resulting partnerships are leading to positive change. The visions created by local communities through this project take many incremental steps over the long-term to realize and we’re excited at the momentum already being built behind them. To learn more about the successes of each project, check out the ANC summary report.